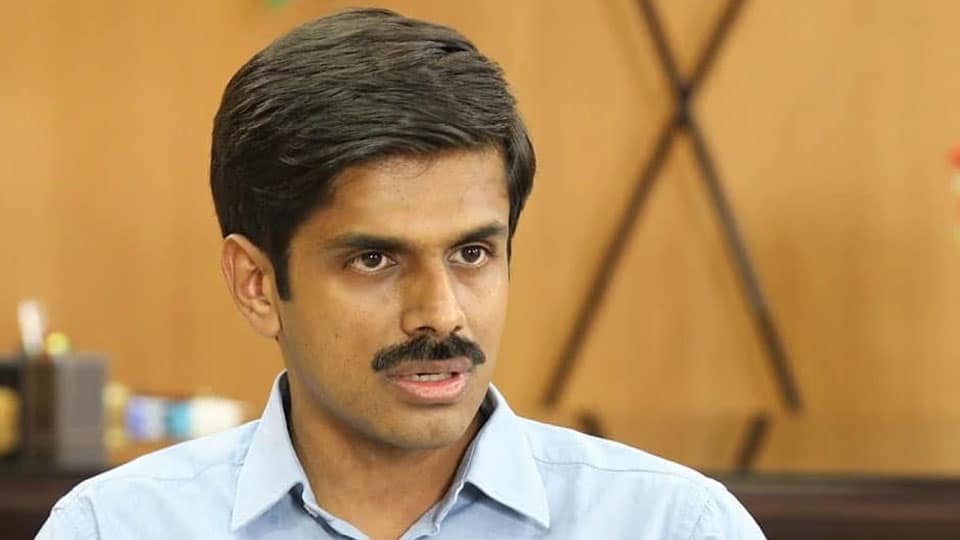 There are 25.09 lakh voters in Mysuru District

Mysuru: Deputy Commissioner Abhiram G. Sankar, who is also the District Electoral Officer and Returning Officer for Mysuru-Kodagu Parliamentary election, has clarified that District Administration will not receive any application from public seeking revision of voters list, deletion and inclusion of their names in the electoral list till the completion of election process.

Speaking to Star of Mysore, he said that there was no provision for the Election Branch to receive such applications after the process of withdrawal of nomination papers ended on Mar.29 as per the directions of Election Commission of (ECI).

The software created by ECI to facilitate revision of voters stops its work automatically once the process of withdrawal of nomination papers ends, he said.

Abhiram G .Sankar said that the District Election Branch has received more than 30,000 applications from first time voters for inclusion of their names in the electoral rolls this election. Now there is no scope to add or delete names from the   electoral rolls as the election process has gained momentum and it is not possible to keep on revising the voters’ list.

“We have received the applications, scrutinised them and have registered their names in the electoral rolls as well. We have printed their Electors Photo Identity Cards (EPIC) and have dispatched to the addresses provided by them.

First time voters who have not received their EPIC card so far can vote by showing their other ID proofs as announced by ECI like Ration Card, Pan Card, Aadhaar Card, Driving Licence, Passport and other cards issued by competent government authorities,” he said.

The DC said that he has written to all departments of the government to cooperate with officials  of Static Surveillance Team (check posts) set up at all entry and exit points of the district, highways and other strategic locations as teams have been authorised to check all suspicious vehicles carrying cash.

On suspicion, the check post staff intercepted the vehicle and found the election material of one particular political party that was being transported to Kerala. Election Officers are investigating the source of election materials, and have detained the driver and one passenger of the car.