Home » News » Non-BJP Government to come to power at Centre 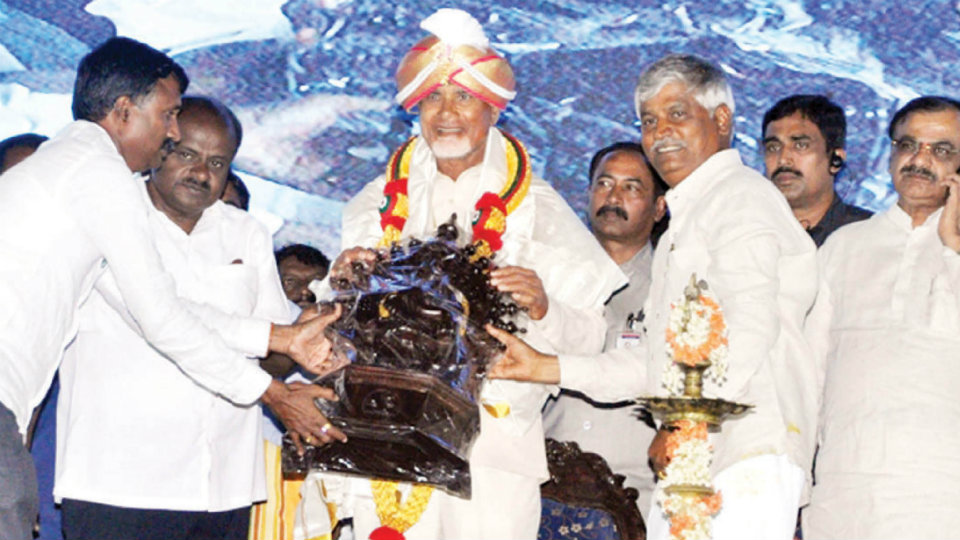 Non-BJP Government to come to power at Centre

Pandavapura: This is one of the most important Lok Sabha elections that the country has faced and it is definite that a non-BJP Government is going to come up at the Centre and Prime Minister Narendra Modi is sure to return to Gujarat, said Andhra Chief Minister and Telugu Desam Party supremo Chandrababu Naidu.

He was addressing an election campaign at Pandavapura stadium seeking votes for Congress-JD(S) coalition Mandya Lok Sabha constituency candidate Nikhil Kumaraswamy and said that BJP was not facing the election but through CBI, ED and I-T it is facing the Opposition parties and trying to scare them.

Prime Minister Narendra Modi claims that there is no corruption in his Government but what is happening is contrary to his claims. After he became the PM, he has not addressed a single press conference. Pakistan Prime Minister Imran Khan has said that Modi should once again become PM. If we talk about these issues, we are branded as traitors, he said.

Naidu who began his address in Kannada said, ‘Kumaraswamy putra Nikhil Kumaraswam avarige vote haki.’  Telugus are residing in Karnataka in large numbers and they are all soaked in Kannada culture. The greenery in Mandya district is very soothing to the eyes and mind. KRS built by Sir M. Visvesvaraya is a boon to this district, he said.

He called upon the voters not to vote for the BJP-supported Independent candidate Sumalatha and instead ensure Nikhil Kumaraswamy’s victory by a large margin. He also asked the voters to defeat all the BJP candidates in Karnataka and see that coalition candidates win all the seats.

Chief Minister H.D. Kumaraswamy, District in-charge Minister C.S. Puttaraju and others were present at the meeting.

It may be recalled that last week, JD(S) supremo H.D. Deve Gowda had campaigned for TDP in the just concluded Assembly elections and participated in road shows in Vijayawada. Deve Gowda had invite0d Naidu to campaign for his grandson Nikhil Kumaraswamy in Mandya.