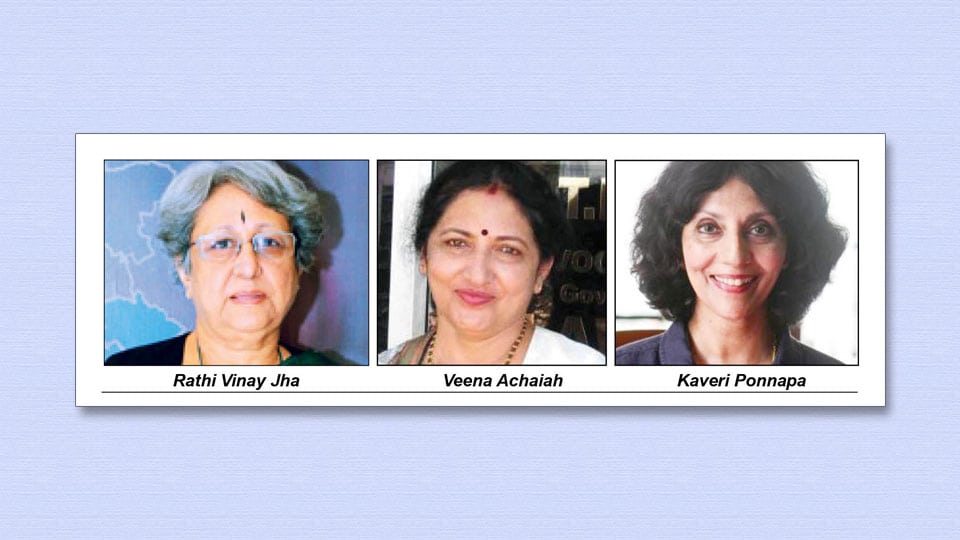 Racially the ethnic groups in India have their own problems related to their personal life and security. Of their landed properties, personal freedom to practice their tradition and religion etc. Kodavas of Kodagu district, Karnataka, belong to one such ethnic groups, racially distinct from all other people.

Kodavas (Coorgs as English called them) are living in the hilly terrains nestled in the Western Ghats, a small identifiable geographical area. It has rain forests, mountain peaks and valleys, heavy rainfall, inhabited by wild animals and in the past the curse of epidemic Malaria. Obviously it is well-isolated and also insulated from the neighbouring places and people. As a result, Kodavas came to have their own unique culture and customs as also a language, dialect. They even had their own Gods in Guru Karana (ancestor worship). Naturally, their population is very small with no outsiders immigrating to Kodagu because of its hostile climate.

The Government of India should invoke the provisions of our Constitution and declare this Kodava community as being on the verge of extinction and provide Constitutional protection and guarantee for the preservation of their habitation known as Kodagu and their landed property considering Kodavas as an ethnic minority. Otherwise, in the next 50 or 100 years, Kodavas in Kodagu would be as rare as hen’s teeth! You may see someone dressed in Kodava traditional attire in museums, like we see native Americans (Red Indians) in US museums.

After independence Kodavas have become a minority population in Kodagu with about 1,50,000 Kodavas as against the immigrants and the other natives who number over 4,00,000. As a result, under our democratic system of Government, now Kodavas are politically, economically and socially relegated to oblivion and have become “vanishing” people.

It is not surprising, therefore, a Kodavathi, Mrs. Kaveri Ponnapa, with a Master’s Degree in Social Anthropology from London, chose to write a book, rather prophetically (let God forbid), titled, ‘The Vanishing Kodavas.’ It is a book that provides a treasure of information about Kodavas and their future as an ethnic race. It  is a book no Kodava, nor a Democratic Government can ignore. Kodavas were hunters, agriculturists and warriors for centuries. All the Dewans of Kodagu Rajas were Kodavas and after independence Kodava community produced a Field Marshal (K.M. Cariappa), a General (K.S. Thimayya), over 12 Lieutenant Generals, many Fighter Pilots, Air Marshals and Naval Commodores. In the field of IAS and IPS, Sports and Science too, they have distinguished themselves. Mrs. Rathi Vinay Jha IAS, the visionary behind Kodava Heritage Centre, is one among them. Indeed Kodavas are an asset to our country. They should not be allowed to “vanish” from Kodagu.

I am made to ruminate about Kodavas in a way that does not augur well for them, after reading a report in newspapers on 27.9.2020 about a statement made by our Tourism Minister C.T. Ravi (in reply to a question by Congress MLC Veena Achaiah) about the works on ‘Kodava Heritage Centre’ at Vidyanagar near Madikeri, the District Headquarters of Kodagu District and former capital of Kodagu Kingdom and later C. State.

I first came to know of this proposed Centre in Madikeri sometime in the year 2004 while casually discussing with one of the promoters of the Federation of Kodava Samajas (Federation) located on the Kerala border at Balugodu, about 12 kms from Virajpet. The Federation was established in the year 2000-01 and even to this day is asking for money and more money from donors. But what do we have in return? For spending over Rs. 6 crore!?  A shed-like Kalyana Mantap!

I gave the idea for the Federation to make it one Umbrella Organisation of all Kodava Samajas and an apex body for Kodavas to debate and discuss all their problems — political, property, cultural etc. — and speak in one voice, as a spokesperson, for all Kodavas. I gave the idea to an enterprising Kodava with many achievements. But the Kodava Federation located on a fault-line, failed in its objectives and purpose without direction. It has nothing to show except the annual jamboree.

As a result what we hear today on social media and at Kodava meetings is a cacophony of different, divisive voices. One group calls Kodavas as tribals and seeks that status under the Constitution; while the other group says no. One early immigrant group claims right over management of rituals in Bhagamandala and Talacauvery, asking Kodavas not to go to these temples wearing Kodava traditional dress. The controversy about inter-caste marriage is also continuing and it must be resolved.

The Jamma land tenure, which to some extent held at least some Kodavas bound to their land in Kodagu, thereby in a small way keeping Kodagu for Kodavas, was outright abolished leading to large-scale immigration of outsiders buying properties. The issue was never discussed in depth in any Kodava body. As a result now we see Kodavas emigrating from Kodagu after selling landed properties (paddy field and coffee plantation) to non-Kodavas who pay higher price. A clear sign of Mrs. Kaveri Ponnapa’s prognosis coming true!

In this world as we see today, the importance of possessing land by a racial group or the people of a particular religion can never be underestimated. No wonder, in Christian Europe and America, Right-liberals and also White-supremacists are dominating the  political space nudging immigrant groups.