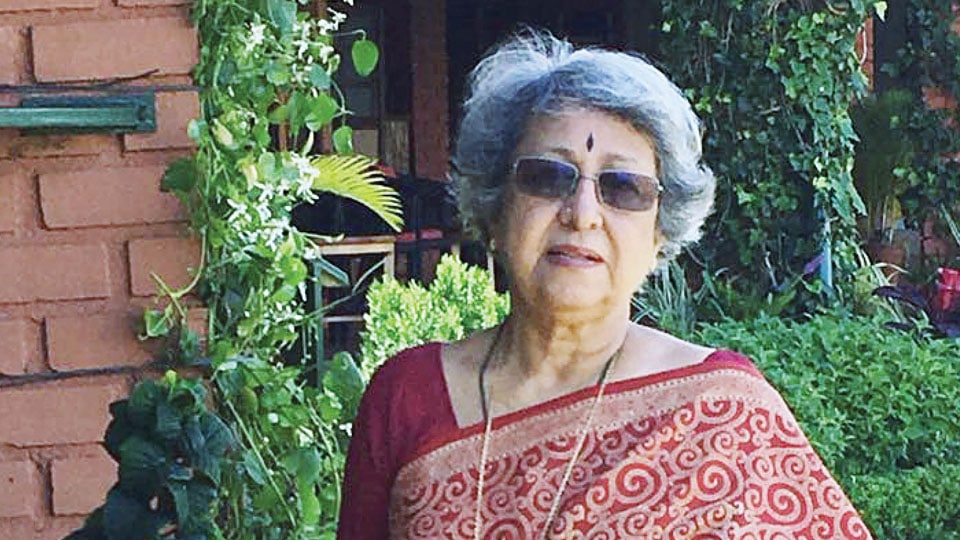 I remember in 1960s in the Fiji Island, where there was a majority of Indian immigrants who were businessmen and traders as opposed to the local Fijians (I guess earliest immigrants of African origin) who were landowners, there was a political crisis. An Indian origin man won the democratic election and became the Prime Minister. But, soon he was overthrown by a ‘local’ Fijian Brigadier. The reason was that the island-nation should be ruled by the ‘locals’, the land-owners. I thought there is a lesson in this for Kodavas to learn. The day Kodavas cease to be ‘sons of Kodagu soil’ (ªÀÄtÂÚ£À ªÀÄPÀÌ¼ÀÄ) they will vanish from Kodagu.

This is what had happened and is happening to Kodavas today after the Jamma land tenure was outright abolished without a thought about the Kodavas of Kodagu. The Kodavas are having money and the immigrants the land!

I guess, Kodavas could have worked to get a variant of Jamma tenure through Amendments etc. But, majority was    for its blanket abolition and    naturally they should pay the price. Kodagu will soon cease to be their land of identity. Sad. No Kodava voice was raised in the Assembly against the abolition, I am told.

I attended a couple of meetings of the Federation of Kodava Samajas but found myself at large in a huge hall of zinc sheet-roof with about 25 members who are called Directors. The acoustics was so bad that much of what was said must only be guessed. Then once it rained and the meeting was ruined. I had to request the Chairman to adjourn the meeting till the rains abated. Well, by then, it was time for lunch!

Alas, there are so many Kodava Samajas, but not a single well-furnished venue to conduct a meeting in peace, dignity and proper protocol! When the meeting ambience is bad, good people avoid speaking, why, even good ideas do not cross our minds. But I do not think Kodava Federation could now unscramble the egg. We go to the meeting well-dressed in style like Kodavas usually do, but only to sit on a plastic chair kept in disarray           in a huge hall!

While I was thus reflecting on the dismal condition of Kodava Federation, I heard of the Kodava Heritage Centre, with a museum, coming up in Madikeri, the place I had insisted for Kodava Federation. This first information came from my friend in Bengaluru, as I mentioned earlier, when I went to meet him as a courtesy. I jumped with joy. He then told me how it came about over a second cup of tea. He was also heartbroken, that the proposed grant from Government of India was lost to his Kodava Federation.

Be that as it may, let me now turn to our lady with a vision Mrs. Rathi Vinay Jha, an IAS Officer and a Kodavathi of Codanda family, who was the Secretary, Ministry of Tourism, Government of India, New Delhi. She was apparently approached by someone for grant from her Department to the Kodava Federation and she decided to visit the Federation at Balugodu (Virajpet taluk) before releasing the fund. She visited the place, but paid a visit to Lt. Gen. C.G. Somanna (retd.), her uncle, living in Virajpet.

This visit, according to my friend, changed her mind about granting funds to the Federation and instead she came up with the idea of this Kodava Heritage Centre in Madikeri with a Kodava museum. To be built like the traditional Kodava Ainmane (family dwelling with a quadrangle) comprising an auditorium, a library, a museum with artefacts, items of excavation, attire, weapons etc., etc. I hope it will be built that way. Anyway, I said to myself, “Well, God fullfils himself in many ways.” How would the future generation know about the “Vanished Kodavas” otherwise!? For me                                                    this is a huge serendipitous happening for “The Vanishing Kodavas.” After all, with the abolition of Jamma land tenure the Kodava Diaspora, like that of Jews, had already begun. I shall now on forget the imaginary usefulness of the Federation for the Kodavas which for all these years of its existence does not have  a museum nor a library to show. Yes, an apology of a ‘war memorial’ is built on the border of Kerala that would be seen only by Kodavas who go to the Federation!!

On returning to Delhi, Mrs. Rathi sanctioned about a crore of rupees for the project. Not only this, she ensured that required land is made available for the project in Madikeri itself. It is near the Mahindra Holiday Resorts in Galibeedu. But, it is a paradox that the Federation could not find a place in Madikeri! A reflection on promoters of the Federation and our Kodava politicians. Perish the thought.

Mrs. Rathi, a senior IAS  Officer, now retired, is the sister of late Codanda G. Somiah, the legendary IAS Officer during Rajiv Gandhi’s Prime Ministership, who held many high positions including Home Secretary, CVC and Comptroller and Auditor General of India (CAG). I had the privilege of knowing him while he was in Bengaluru after retirement and had even spoken to him and published a couple of articles extracted from his book ‘The Honest Always Stand Alone.’

I was craving to see him personally but it was not to be. However, I made it, rather sadly, when he was admitted to the Manipal Hospital. I drove there from Mysuru one day and met him in the ward, his wife attending. I was an intruder. He was on ventilator but on hearing my name, lifted the ventilator to speak. I touched his extended hand. His wife sprang from her seat and warned him and requested me. I was deeply moved by his gesture.

Post Script: About a year back I had the opportunity to meet Air Marshal Kodandera Nanda Cariappa to whom I broached the subject of the stalled Kodava Heritage Centre in Madikeri. My two newspapers wrote a number of articles about it, but sadly nobody bothered. Not even our Kodagu MLAs. It was he who got me in touch with Mrs. Rathi who happened to be in her bungalow in Virajpet. After some time I met her once in the Metropole Hotel with her husband and discussed the Kodava Heritage Centre. I was surprised to hear that she had followed up on the discussion, met the bureaucrats in the Vidhana  Soudha etc. By then, of course, she had retired.

Thus is the predicament in which Kodavas are today placed. This Kodava Heritage Centre seems to be the only Centre that will leave the footprints of Kodavas ‘on the sands of time.’ At least for this reason the enlightened Kodavas must be eternally grateful to Mrs. Rathi Vinay Jha IAS and also to Mrs. Veena Achaiah, MLC (for reviving the project which was almost given up).

I doubt if Mrs. Veena Achaiah had not asked the question in the Legislative Council and pursued it with officials, C.T. Ravi, the Tourism Minister, would have taken any interest and  the project would have died a natural death.

Anyway, let us hope, Kodava Heritage Centre will soon be a reality. But, my regret is that despite the dismal future, Kodavas have no united apex body to voice their grievances.

Note:  Nostalgically Speaking – 11 on ‘Kempaiah IPS: Officer Who Made A Difference’ was published in three parts on Sept. 27, Oct. 4 and Oct. 11 —Ed