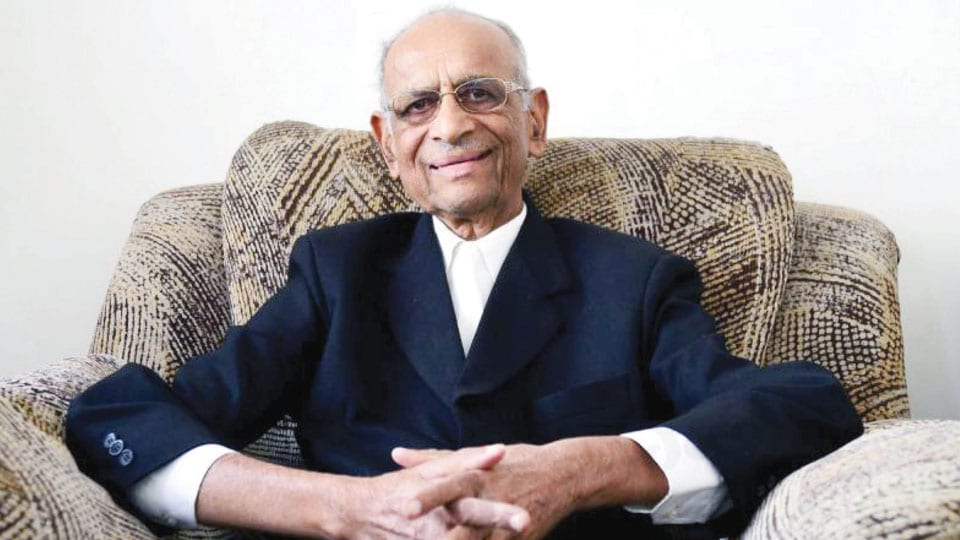 I first heard of and saw A.K. Subbaiah when I was in the first year BA at Madikeri First Grade College (Kodagu). I was staying in the upper hostel close to the College and I guess he too was in the hostel doing his BSc. He was a senior student in age compared to others like me. He had come to the College after quitting his job as a Second Division clerk in the Department (Health) where he served for a few years. We students learnt that he had lost his father, when he was an infant, due to a fall from a tree and despite hardship he pursued education.

In the year 1958-59 (I think) there was a student strike demanding proper water supply, good quality food in the hostel, against corruption etc., etc. In retrospect, I realise the demands were frivolous and a lame excuse to go on a strike to embarrass the Principal for whatever reason.

The leadership of this strike and a protest march from the College to the Police Parade ground nearby was not individually identified. However, a few vocal students, displaying bravado, like me, to impress the fellow students, including girl students, got the students on to the road, holding a couple of National Flags and shouting slogans. The march began. When the Police came on the scene one student got panicky and was shouting, “I can’t hold this flag.” I, in my enthusiasm, took that flag and marched on hoping I would get a chance to speak. After all, I had just lost the College election. It was for the first time I learnt of election rigging!

READ ALSO  From Here and There... Of Kodagu and the Kodava

Be that as it may, about 150 students gathered at the Police ground and one NCC Under-Officer began to speak. I think M.C. Nanaiah, a very good student-speaker of Communist orientation, then began to speak — in the same way he does even today — without giving us a road-map. It was then some vocal students were raring to speak, but from nowhere A.K. Subbaiah, a tall-lanky man appeared and began to speak like a sudden, lashing of summer rains. There was sound, there was force and there was flow. We were held spell-bound. He himself declared that no need for any speech, not even vote of thanks and ‘ordered’ the gathering to disperse. A motley crowd simply obeyed and our ‘great college strike’ ended for good.

It was only later, some of us were rusticated from the hostel, including me, and some removed from the College, among them were A.K. Subbaiah and a couple of my friends. I went to Bengaluru after passing BA in Madikeri while A.K. Subbaiah came to Sarada Vilas College, Mysore, where after BSc he did his Law. I came to know that he was practicing Law in Virajpet, Kodagu and also joined politics, first I think Socialist Party and then Jan Sangh. He was a successful lawyer on the criminal side and was making a name.

It must be at this time he got married from a good family, his father-in-law also famous as Chiyakpoovanda Bheemaiah lawyer (whom I knew later) who worked in UN, New York for some years. Thereon, as I know, A.K. Subbaiah joined Jan Sangh. Being a tall and very fluent, powerful public speaker he soon got elected to the Karnataka Legislative Council (1966). He had played a major role in influencing local Kodavas and other Hindus as supporters of RSS and Jan Sangh. I used to hear about his progress, so also of another Kodava politician M.C. Nanaiah, another powerful speaker both in English, Kannada and Kodava, whenever I came to Mysore to visit my parents and brothers from Mumbai and Pune.

A.K. Subbaiah came from a rich family in Kodagu known as Ajjikuttira though he himself  was poor. It was like saying    ‘India is a rich country where poor people live.’ The Ajjikuttira family in South Kodagu was also into politics and some like Chinnappa played a role in freedom movement. A.N. Somaiah was an MLC (Janata Party) and now we have his one son A.S. Bopanna as the Supreme Court Judge. There was also a Minister from that family in the Karnataka Ministry. But among all these famous people from the family it was only A.K. Subbaiah who made big news and was known all over Karnataka and political circles. No wonder News Media described him as ‘Suddimaduva Subbaiah’ (Subbaiah, the news-maker). And indeed          he was that.

A.K. Subbaiah ABRACADABRA K.B. Ganapathy Nostalgically Speaking
When will Gokulam Post Office get its own building?
Difference Between Crypto Coins and Tokens