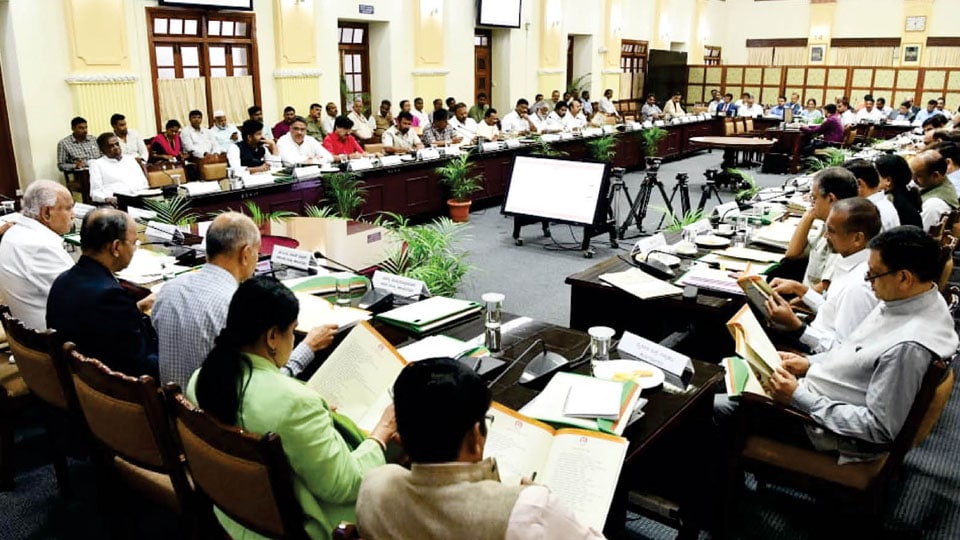 Bengaluru:  The Dasara High Power Committee, which met at the Conference Hall in the Third Floor of Vidhana Soudha here this afternoon, decided to invite noted novelist and Saraswathi Samman awardee Dr. S.L. Bhyrappa of Mysuru to inaugurate this year’s festivities atop the Chamundi Hill on Sept.29.

The Dasara-2019 meeting, chaired by Chief Minister B.S. Yediyurappa, was on when we went to the Press.

The meeting, which was scheduled to take place at 12.30 pm, started 45 minutes late as the CM was pre-occupied with other important engagements.

However, all cultural programmes and other events associated with Dasara will continue, he said.

Pointing out that tourists will throng Mysuru during Dasara, Yediyurappa directed the authorities to also focus on improving facilities and infrastructure, in keeping with the heritage city’s hospitality standards.

He asked the officials to work cautiously at a time when people are devastated and distressed by floods, which has wreaked havoc in the State.

The meeting, which was earlier scheduled for Aug. 9, was postponed due to the flood situation that prevailed in most parts of Karnataka.

It may be recalled, Mysuru-Kodagu MP Pratap Simha had been urging the previous State Governments to invite Dr. S.L. Bhyrappa for Dasara inauguration since the past two to three years as it would also be an honour to the Kannada literary world, with Dr. Bhyrappa making enormous contributions.