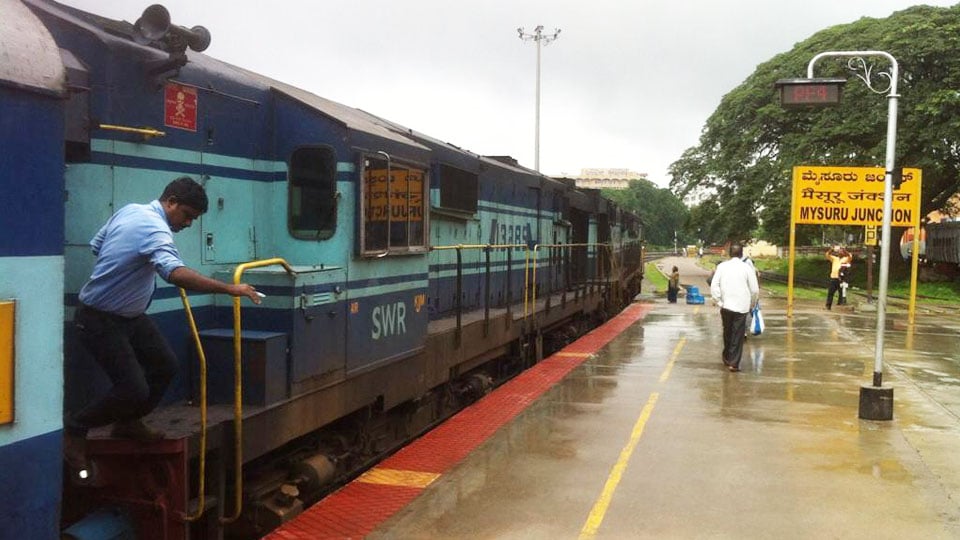 Now, ladies only coaches in three trains from Mysuru

Mysuru: The passenger traffic between Mysuru and Bengaluru has steadily increased over the years. In view of this, there has been a lot of complaints from commuters travelling towards Bengaluru in the morning hours.

Also, there has been a demand, particularly from women, to earmark separate coaches for them. Hence, the Divisional Railway Manager (DRM), Mysuru Division, Aparna Garg has positively responded to the demand by earmarking coaches exclusively for ladies in three trains — Vishwamanava Express, Chamundi Express and Tipu Express. There is one coach each for women in Vishwamanava and Tipu Express and two in Chamundi Express.

Apart from this, since the security in trains between Mysuru-Chamarajanagar was also a concern expressed by daily commuters, the security onboard has been increased, according to Dr. S.G. Yatish, Senior Divisional Commercial Manager and PRO.

Ladies Special Train: There are also plans to introduce Ladies Special Train, though the planning is in initial stages. This will give a big boost to women daily commuters and garment workers travelling in both directions, especially from Mysuru, said a source in the Railways, speaking to Star of Mysore.

According to sources, among the three trains, Chamundi Express is the one used maximum by season ticket holders. There are at least 4,000 daily commuters between Mysuru-Bengaluru. As a result, women were finding it extremely difficult to get accommodation in the train.

The source said that the passengers travelling towards Bengaluru had gone up from 15,000 to 20,000 during weekdays and it touches the 30,000 mark on weekends and holidays.

READ ALSO  Mysuru-Chennai to be a high-speed train corridor

It may be recalled that a play titled ‘Ladies Compartment’ was staged a few years back in city and other places. It is a journey of seven women who commute daily in train between Mysuru-Bengaluru. The play was produced and directed by Sujatha Akki, an Economics Lecturer shuttling between Mysuru-Maddur in the 8.20 am Passenger train.