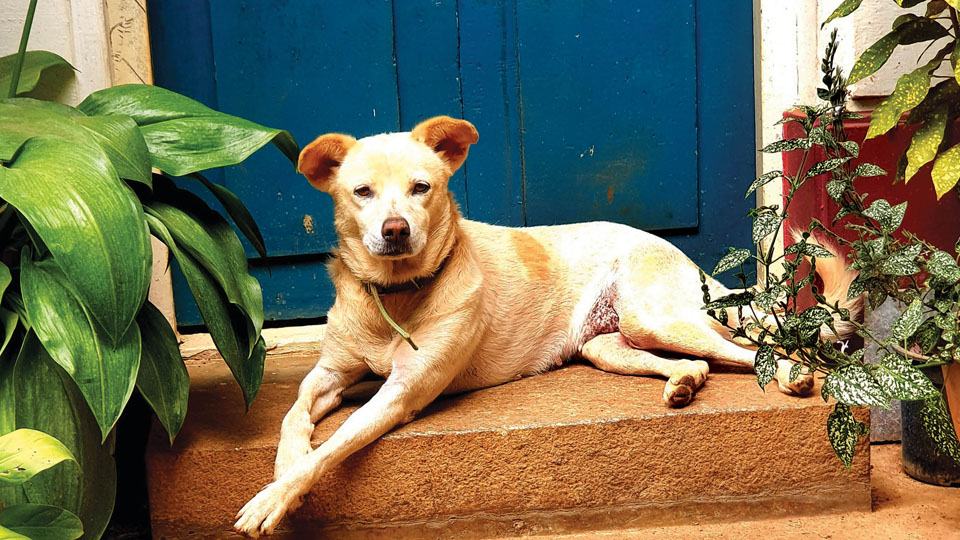 Of stray Dogs and not-so-stray Men!

I am writing about this subject after reading a front page report in the Star of Mysore recently about how citizens are being forced to bear the brunt of an ever increasing population of stray dogs and pigs in our city.

Interestingly, the so-called stray pigs are certainly not really stray as we designate them, as they all invariably have their rightful owners sitting comfortably at home.  They have only been allowed to roam free, forage and fend for themselves and eventually sacrifice their lives as an almost no-investment source of income to their ‘benami’ owners.

But most of the dogs I am talking about, are certainly strays with very few exceptions like ‘Buddy’ the stray puppy that adopted me as its very reluctant master about ten years ago on a chill Christmas night and decided to make our home its home too. I have written a full page article about Buddy in SOM on 16th, March, 2018. Thankfully we have been living harmoniously ever since and to some extent symbiotically too.

I use the phrase ‘to some extant’ very appropriately because while we are certainly doing our part in seeing that it is well fed, regularly immunised and bathed and groomed too with the help of our gardener, Buddy does almost next to nothing for us.

On the contrary, going completely against the tenets of proverbial canine loyalty and utility, it barks only at night to keep us awake all through so that we are ourselves vigilant and wary of any unwelcome intruders. And, all through the day it remains as silent as a sage in meditation and unfailingly though silently, it wags its tail vigorously to let every guest and visitor, both welcome and unwelcome, know that ours is an open house where they are most welcome!  Naturally, while going back they pet and fondle it and tell us what an affectionate pet we have!

Now, going back to the stray dogs outside our gate, it is no surprise that with their incessant barking and howling they only induce our own dog to outdo and overtake them in their cacophonic abilities. And, mind you, like the rest of our city dwellers we have a good many of them in our immediate neighbourhood which is no surprise, considering the efficiency or inefficiency of the teams of men deployed by our City Corporation to catch and get them neutered.

I have a feeling that this amount of Rs. 850 itself, which is being looked down upon by our animal sterilisers, is probably much higher than what our Government pays doctors in its service to sterilise human beings!

The most puzzling thing is that most of the dogs we see in our streets that keep having litters every few months, all proudly flaunt clipped ears as a sign of their legitimate right to live in our midst, in perfect harmony with us.

Now, for the information of those of you who are not aware of it, clipped ears mean that the owners are duly neutered and incapable of having pups and therefore also incapable of being a nuisance to human society. While we should be thankful that this is not how sterilised humans are designated and decorated, the enigma of dogs with clipped ears having litters year after year, reminds me of a joke. It appears a man was grumbling before his friends about how present day surgeons have almost no operating capabilities. He said, it is such a shame that surgeons who charge hefty fees for their services are good for nothing: “You just take my own case. I have got myself vasectomised by three different, very reputed surgeons and still my wife is continuing to get pregnant year after year!”

READ ALSO  Of two books, one old and one new!

2 COMMENTS ON THIS POST To “Of stray Dogs and not-so-stray Men!”