Home » Columns » Of the joy and sorrow of travelling ! 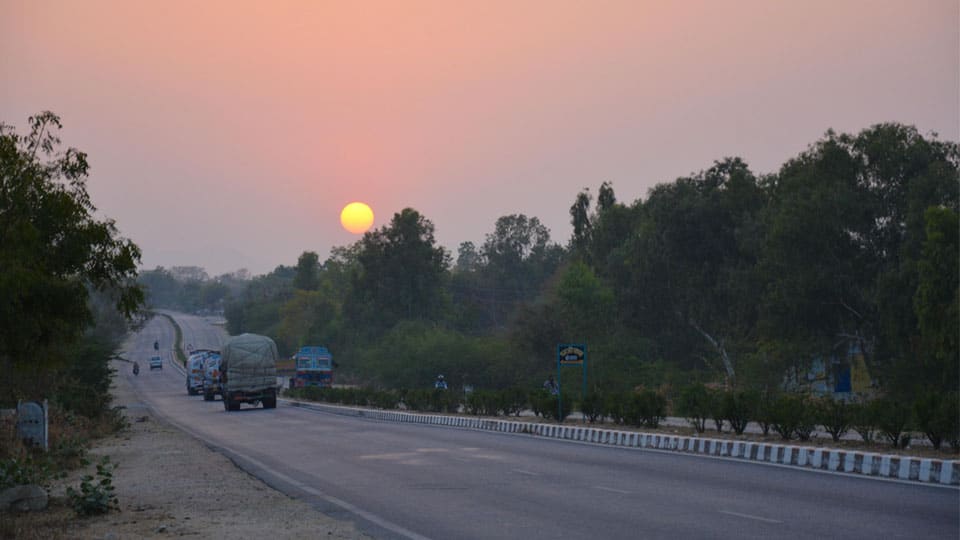 Of the joy and sorrow of travelling !

I’ll first tell you about the joy of travelling and then come to the sad or even bad part. The only time I get to use the services of a driver is when I need to take a cab. This I usually do only when I need to be dropped to or picked up from the airport, which is not very often.

On all other occasions when I need to travel from one place to another, I prefer to drive myself since I enjoy long distance driving very much. Very recently I drove with my wife almost non-stop, from Mysuru to Kalaburagi where I had to attend the wedding of the son of a former classmate from my medical college days. I felt that the visit would be worth the time and effort for three reasons. Firstly, it would offer me the joy of a really long drive both ways and secondly it would give me the not-so-frequent chance of meeting some of my former classmates who would be attending the wedding. The added bonus was that with my son, who is also a driving freak, not accompanying us this time, I would be free from the threat of the driving seat being hijacked!

We left Mysuru fairly early in the morning and reached our destination by about ten in the night. The drive was very enjoyable as expected but I ran into some very unexpected rough weather upon meeting my old friends at Kalaburagi. Their expectant elation at the prospect of seeing me turned into shock the moment they found out that I had driven all the way from Mysuru myself! Almost every one of them felt that it was an unthinkable thing to do at my age when I could have hired a driver to do the driving and relaxed in the rear seat, doing nothing beyond dozing!

Remaining relaxed, let alone dozing in the rear seat whenever someone else is driving is something I can never do. The most relaxing thing for me while travelling is to drive myself. Driving means so much to me that though I almost never travel by bus these days, on the very rare occasions that I do, I feel like offering the driver my seat and driving the bus myself!

It took some time and much effort for my wife and me to explain my strange penchant for driving to my friends who after listening to my side of the problem said that it was time I started behaving like a sensible and grown up man. We spent the next two days meeting all my old teachers who were overjoyed to see me after many years and also made a visit to Bidar to see a couple of friends there.

Over a dinner which we had at the doctors’ club a night before the wedding my friends announced in unison, “All your love for driving is fine but when you go back from here tomorrow after the wedding we are sending a driver with you who will drive you back!” That is when I put my foot down and said that if I was going back it would only be with me behind the wheel or not at all!

Looking at my mule-like stubbornness they had a quick discussion and announced a different strategy. They said that they would have a get-together of all friends over breakfast the next day, hours before the actual time of the wedding so that my wife and I could leave early in the morning and reach home before it was too late in the night! And that is exactly what happened.

Calls were made and messages were sent to our entire circle of friends that they would have to assemble early the next day, well before the muhurtham to meet, greet and see off the special couple from Mysuru who had been accorded special status!

After an unusually early breakfast and much hugging and hand-shaking we parted company. My wife and I decided to take a different route back this time so that we could double the joy of our drive by changing the view and it was indeed a most pleasurable experience, notwithstanding the not so good road this time and all the calls from my anxious friends that I had to keep answering! They were at peace only after I informed them that thanks to their strategy of shooing us off early, we had reached home well before midnight!

Now coming to what I call the sorrow of travelling, there are two aspects to it. I feel that taking a driver along is a real kill-joy, firstly because you have to be wary of what you discuss as a family. Your conversation is limited by the presence of a stranger who cannot help eaves-dropping on what you discuss, however disinterested he is in your private affairs. It is certainly not his fault.

Secondly, these days I find that most full-time drivers, especially the ones who drive cabs are simply too over-worked. This is not only because of their own need to earn more but also because of their employers who exploit this weakness and heap extra work upon them by paying them overtime on an hourly basis. Whenever I talk to the drivers from travel agencies who sometimes drive me or my family to the airport and back I find that they have work heaped upon them with no time at all for any rest.

For instance, whenever I ask a driver who drops me home well past midnight to stay back and rest a little, at least till it is dawn, he says that he has a family waiting at Bengaluru to be taken to Tirupathi at 5am! And whenever I ask a driver who picks me up from the airport at midnight if he has had some sleep before reporting for work he tells me that he has just brought a family back from Dharmasthala!

These days I regularly find drivers coming to my clinic asking for medication that will help them to stay awake and alert. Many of them tell me that they have to stop frequently to sip some tea or even to just splash some cold water over their faces to drive away their drowsiness before they can drive on. Their wives who accompany them to my clinic also tell me that their work-weary husbands are so addicted to their mobile phones for some much needed relaxation that instead of catching up with some sleep whenever possible, they prefer to spend all their free time on Facebook and WhatsApp till it is time to pick up the next passenger!

The question that arises here is how safe are we in the hands of such over-worked and completely sleep-deprived, zombie drivers who cannot help dozing off at the next bend in the road?