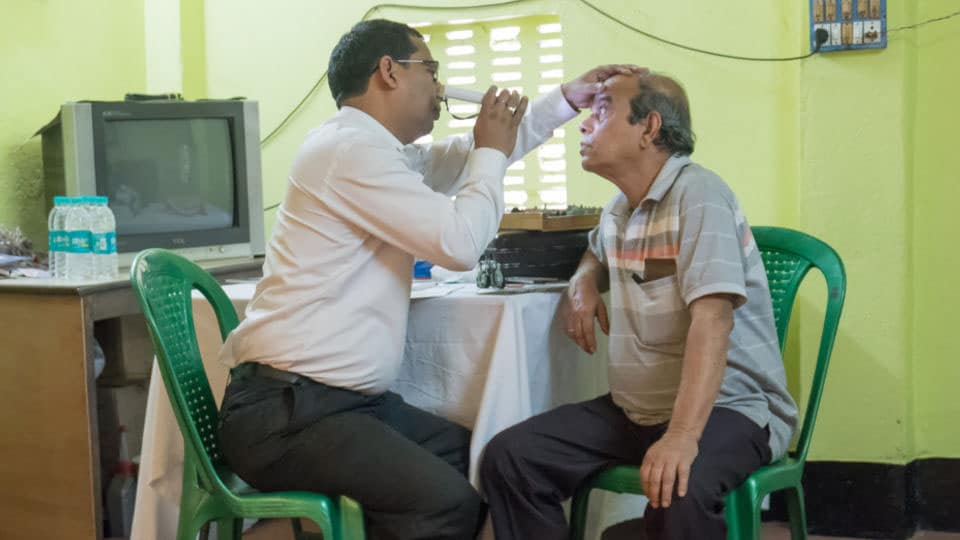 A report in my morning newspaper today says that the Government is finding it increasingly difficult to recruit doctors who are willing to serve in rural areas. The current scenario in our country where unemployment is rampant is that whenever the Government announces the openings even for some very humble and ordinary posts we find that applicants always outnumber the vacancies a hundred fold.

And, we also find that many youngsters who are actually very over-qualified for the posts also end up attending the interviews with great hopes of landing a job. That is why we read reports of many engineers and post-graduates applying for jobs of Police Constables and Railway running men. Most of these people do this as they feel that with them very likely to miss the age deadlines for landing permanent jobs and with their anxious parents ageing fast, getting any job that can keep the hearth burning at home is what matters most!

But when our Government recently advertised for twelve vacant posts of Physicians in its Primary Health Centres it appears only three doctors turned up for the walk-in interview! The report however does not venture to say what these brave young men had to say after attending the interview and listening to the terms and conditions of the Government. But as a Physician I can say with a good deal of certainty that they would have scoffed at the crumbs offered by the Government and walked out!

Yes, it takes a full nine years for any hard working and sincere student to qualify as a Physician. Add to this the few months of delays that become inevitable because of the long drawn out selection process between the completion of internship and entry to post-graduate courses and this makes it a full ten years which I think makes this the longest of all education processes.

Now if we take into account the cost involved in acquiring a post-graduate medical degree even from a Government Medical College it makes it one of the most expensive courses too. After all this is it not natural for any newly-qualified medical post-graduate to expect a decent salary and a decent life with a few attractive perks and amenities if he or she chooses to serve in our villages? So these youngsters prefer to join large private hospitals that offer them reasonably attractive salaries and fixed working hours as Junior Registrars with no responsibility or liability whatsoever. These two bugbears of all private medical establishments are taken care of by their senior consultants who actually handle the patients, their relatives and also face any of the legal stand-offs generated by them. Till they themselves grow some grey hair and become independent consultants they just don’t have to worry about anything beyond which swanky car to buy next or which holiday destination to head to with their families!

READ ALSO  Of Doctors & Patients - Effects and Side Effects !

Now let us see what our Government has to offer them here in its contract package for rural medical specialists. A comprehensive salary of about fifty or sixty thousand rupees with absolutely no perks, incentives or inducements whatsoever. A hospital without adequate staff and equipment or even a sufficient supply of essential drugs that last a full month. Accommodation alongside this ghost hospital in a tattered and leaky single bedroom dwelling the Government very reverentially calls ‘Doctors’ Quarters’ with no standby power to tide over power outages that can sometimes last for days.

No extra compensation beyond a very paltry rural allowance for enduring the hardships of a life in a remote rural set up without any modern amenities. No arrangement to provide them any orderlies or domestic help in a situation where their families have to fend for themselves. No means of providing them with any personalised transport facilities which enable them and their families to visit some nearby city on weekends to have a taste of civilisation and its small pleasures. No concessions for their children either by way of specialised quotas in education or employment. No special general or medical insurance cover for them or their families for enduring the harsh and risky life in villages. No relief whatsoever from taxes or interest on bank loans if they opt to start their own medical establishments after having done their share of good to our villagers at our Government’s bidding. And, most of all, no promise whatsoever of regularising their appointment and converting it into permanent employment with an assurance of all subsequent postings at least in district headquarters if not in metropolitan cities.

I think O. Henry has very rightly said that “Love and business and family and religion and art and patriotism are nothing but shadows of words when a man is starving.” So, why should we begrudge any youngster when he or she, at the prime of his or her life and after a gruelling ten years of professional education, tries to get the best of what life has to offer instead of opting for another hard grind with no rewards or returns? I’m sure you’ll all agree with me that this is a very logical question. But I am not asking this question sitting in my favourite armchair. I am asking this after having served a full fourteen years of ‘Vanavasa’ in a very remote rural set up soon after my marriage, with my wife and two very young children who were not only born but also grew up there.

Yes, we had power outages that lasted for days, we spent dark rainy nights sitting on our porch braving mosquitoes, spiders and blister bugs and telling our children stories of our own childhood, we bought meat and poultry only once a week and often threw them away because our refrigerator had no power, we would happily walk a mile each way holding hands, to buy vegetables and village-baked bread, we watched no television simply because there was no transmission, we did have a telephone but still drove fifteen kilometres to contact our folks back home because our line was always dead! But for me this was no ‘punishment posting’ but a time which the four of us cherish as a long and happy holiday in the lap of nature, exploring the countryside and discovering the secrets of why you never ever see a sad bird or an unhappy squirrel or hare!