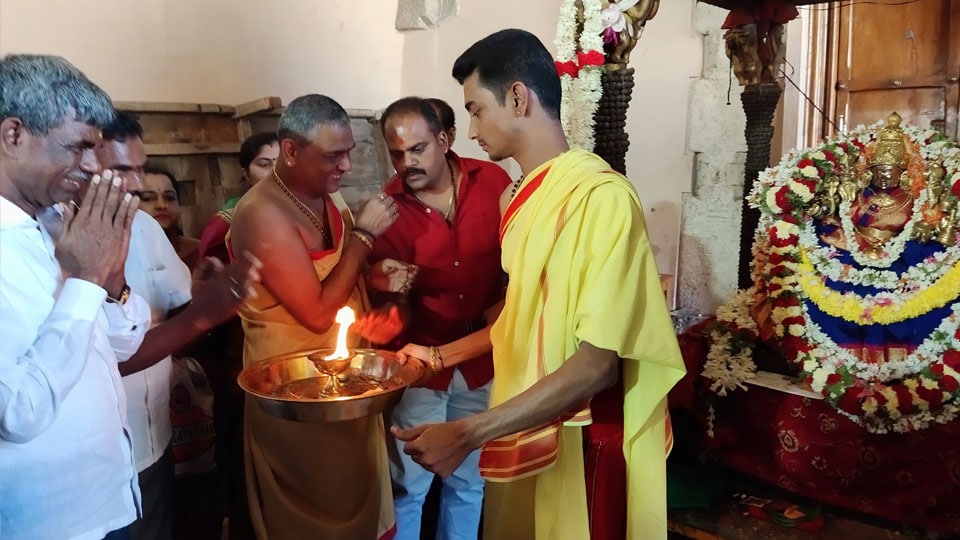 Officers to be appointed for conservation of Temples: Muzrai Minister Kota Srinivas Poojary

Haveri:  Muzrai Minister Kota Srinivas Poojary said that officials will be appointed  soon at all Muzrai Temples for their conservation and maintenance.

Speaking to press-persons at Haveri on Wednesday, Poojary said that there are 34,000 Temples in the State, out of which applications have been invited for formation of Management Committees at 100 important Temples. Pointing out that there are 1,000 ‘A’ and ‘B’ grade Temples in the State, he said that the rest 33,000 Temples are classified under ‘C’ category.