Home » News » Ox electrocuted after live wire falls on it 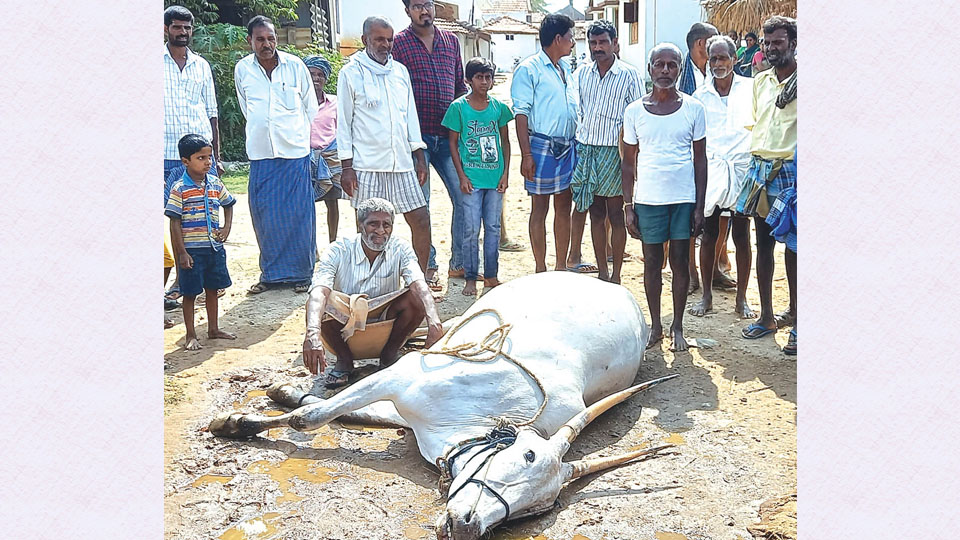 Ox electrocuted after live wire falls on it

Nanjangud: An ox was electrocuted after a live power line fell on it at Muddahalli village in the taluk on Tuesday morning.

The ox belonged to Mahadevappa, a farmer and a resident of the village.

On Tuesday at about 7.30 am, Mahadevappa’s son Ravi was bathing the cattle near the well close to the house, when a live overhead power cable snapped and fell on the cattle killing one ox and seriously injuring the other.

The villagers, holding CESC officials responsible for the ox’s death, alleged that most overhead power lines were sagging and despite complaining to CESC officials to rectify the same nothing was done till date. They demanded that Rs. 2 lakh compensation be given to Mahadevappa, who had purchased the pair of ox at Sinduvalli Jathra (Fair) a week ago for Rs. 2 lakh by taking loan.

The villagers took CESC Assistant Executive Engineer (AEE) Devaraju and staff to task upon their arrival to the village.

Devaraju assured of getting the compensation soon besides stating that the sagging power lines would be rectified at the earliest by erecting new poles.