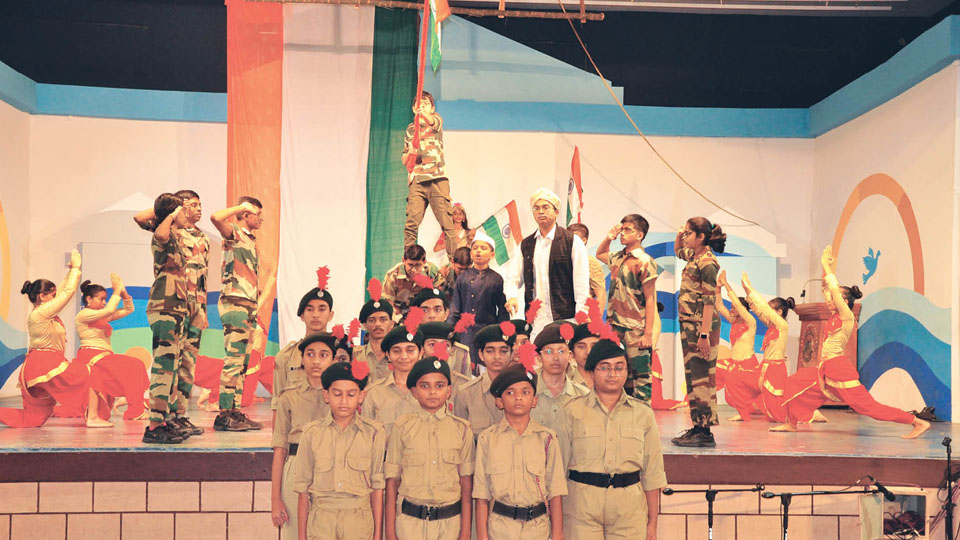 Coorg Public School and PU College, Gonikoppal: Azadi Ka Amrit Mahotsav celebrations  began with hoisting of the Tricolour. Students dressed up as legendary freedom fighters revisited the milestones of historical journey from 1857  to 1947. The Copsians took part in a plethora of activities such as dances, songs, speeches and dance dramas. Principal Dr. Benny Kuriakose spoke about the significance of National Emblem and the Tricolour. The programme concluded with rendition of National Anthem.

Sarada Vilas College, Krishnamurthypuram: To commemorate Azadi Ka Amrit Mahotsav, Sarada Vilas College honoured six freedom fighters of Mysuru city and had organised a special talk on Freedom Movement in India and the planting of saplings in the campus.

Freedom fighters  S.L. Ramachandra,  Rangashetty, Dr. M. Somashekaraiah, B. Lingaiah, B. Puttanna, Y.C. Revanna, retd. Col. Ravi Shirahatti were feted. Dr. J. Anand, Dr. Yeshwanthkumar and Thejas Gowda introduced the freedom fighters. Prof. Shashikaka, retd. Botany Professor, introduced late freedom fighter Krishnamurthy, an alumnus of Sarada Vilas College. Dr. M. Devika, Principal, presided and said it was a blessing for the Institution to honour freedom fighters. She opined that patriotism must run into the blood and soul of the students so that each one can contribute to the nation. Secretary N. Chandrashekar and Governing Council Members Narasimha and Ramachandra were present.

JSS Academy of Higher Education & Research, Mysuru: The National Flag was hoisted by Dr. B.S. Basavarajaiah, Rtd. Civil Engineer & Eminent academician, who was the  chief guest of the day along with Registrar, JSS AHER, Principals and staff of constituent colleges of  JSS AHER.