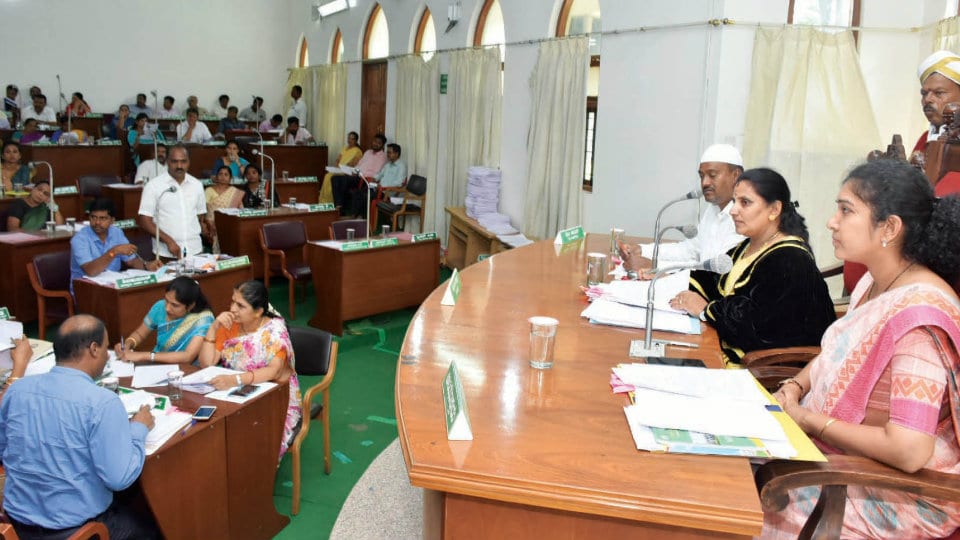 Pay water bill at click of mouse from June 10

Mysore:  From June 10, residents of city can pay water bills online. This will help residents pay bills at the click of a mouse sitting at the convenience of their home or office.

Similar to the electricity bills, water bill can also be paid online using UPI facilities. Reducing the burden of visiting the MCC water offices and waiting to pay bills, the civic body will open the facility from June 10. This announcement was made by Mayor Pushpalatha Jagannath at the Mysuru City Corporation (MCC) Council meeting held at Nalwadi Krishnaraja Auditorium at MCC Office last evening.

Not only can residents pay bills through UPI platforms, the MCC will make arrangements on their website for payment. The MCC has entered into an agreement with Bharat Bill Payment System, an online integrated service that allows consumers to pay various government agencies through UPI platforms. Once the water bill payment is streamlined, the MCC is expected to introduce online system to pay property tax that has been demanded by the residents.

The Mayor said, “Preparations are being made to launch online water bill payment system from Monday (June 10).” MCC is also planning to send SMS alerts on registered mobile numbers at the end of each month. The SMS would include the water bill amount, last date to pay the bill and a link to their website.

This will ensure transparency and more than anything, it is convenient to the public.  With every SMS, public will receive an online link making the payment swift. Soon, MCC metre readers will visit every house to collect mobile phone number of every resident so that it can be registered.

MCC Commissioner Shilpa Nag said, “Following the launch of water bill payment system, it has been also planned to introduce a similar system to enable the property holders to pay taxes. The required data of number of properties have been collected and the orders have been also issued to implement the system through Karnataka State Electronics Development Corporation Limited (KEONICS).”

This apart, services of BSNL will be sought to send bulk SMSes to the property holders, she said.

Four teams including Corporators and officers will soon be visiting Tumakuru, Mangaluru, Hubballi – Dharwad and Shivamogga City Corporations separately and study the online tax payment. Based on the study and their reports, the MCC will choose the best system adopted in any one of the Corporation, the Commissioner added.

The Corporators demanded that along with officers, all Corporators too must be sent to other Corporations in batches so that they too are made aware of how the online system works there and how it can be best implemented in Mysuru.

MCC water bill
Revenue from display of ads at Trin Trin docking stations
In her death, ex-Corporator gives a gift of life