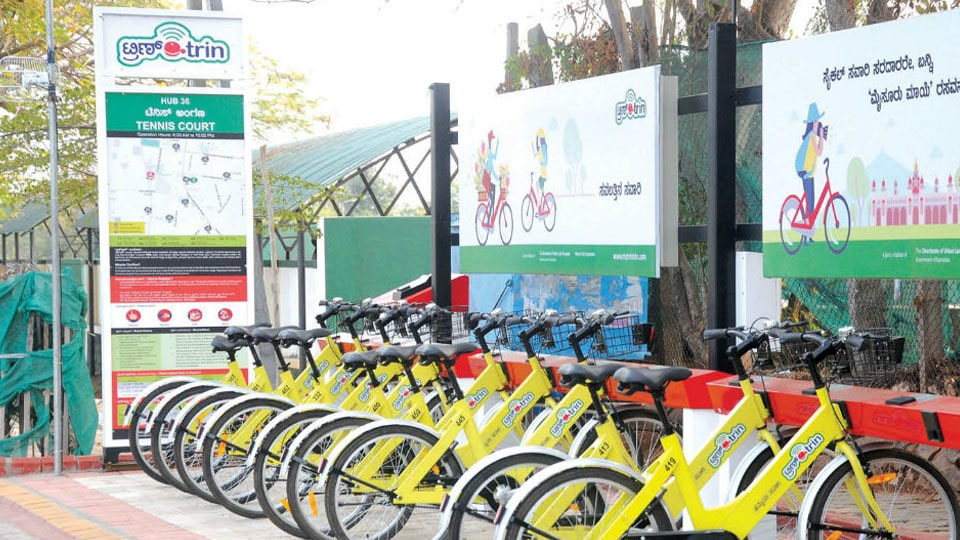 Revenue from display of ads at Trin Trin docking stations

The MCC has given permission to the Tourism Department to display its advertisements at the docking stations of Trin Trin Public Bicycle Sharing System. This move will help MCC generate revenue for maintaining the popular project.

Raising the issue at the MCC Council meeting, officers said that the Government, which had promised to provide Rs.20 crore to the project, had sanctioned just Rs.10.7 crore. Out of this, the MCC has used Rs.7.10 crore and the civic body is spending Rs.3 crore for its maintenance in which already Rs.1.54 crore has been spent.

Officers said that the MCC was getting a profit of Rs. 44.3 lakh through registration but was facing a loss in maintenance. So it was decided during the meeting to have advertisements at the docking centre which can generate revenue.

However, Commissioner Shilpa Nag said that though Trin Trin was not a revenue-generating project, the Tourism Department has come forward to provide Rs.1.74 crore to display its advertisements in 28  docking stations.

The advertisement bylaw is before the Government for more than a year. It will not affect the decision to display advertisement in this project, she said.

Issue of LED lights for streets

Corporators Ayub Khan, B.V. Manjunath and S.B.M. Manju raised the issue regarding replacing the existing energy-consuming street-light bulbs with energy-efficient LED lights. Responding to this, Commissioner Shilpa Nag said that already an agency appointed by the State Government had conducted an energy audit and has recommended replacing 2,480 street-lights with LED lights.

The project is being taken up in Public-Private-Partnership model and tenders have been called,” she said. Ayub Khan, however, said that there were more than 4,500 street-lights which need to be replaced and only three months are left for Dasara celebrations to start. The MCC should immediately take up replacing LED bulbs to complete the project before Dasara, he said.