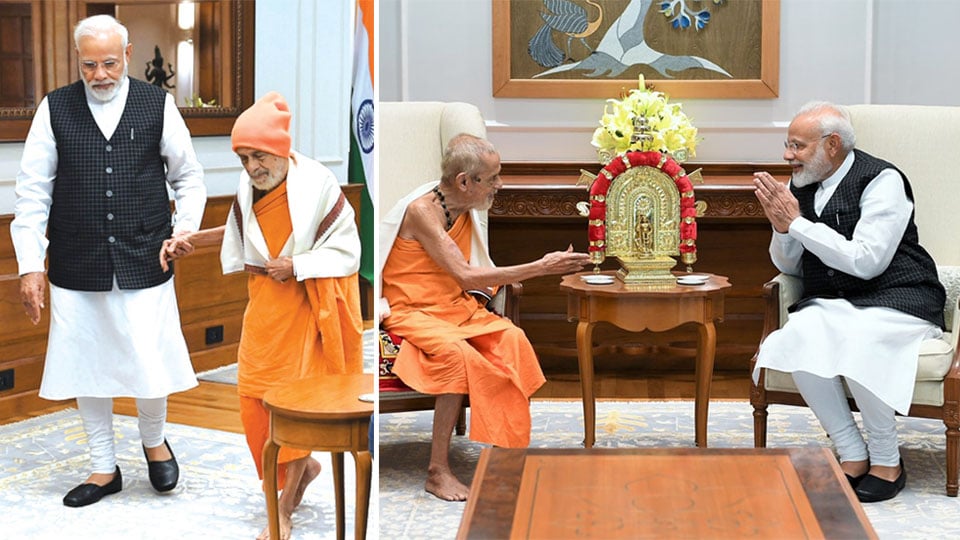 The Prime Minister had invited the Seer to his office after the end of his Paryaya term. Accordingly, when the Seer was in New Delhi, he showed interest to meet the Prime Minister. He interacted with Modi for some time, a close associate of the Seer, said.

Expressing happiness for the meeting with Pejawar Seer, Modi had tweeted, “A special day made even more special. On the blessed occasion of #Guru Purnima, had the honour of spending time with Sri Vishvesha Teertha Swamiji of the Sri Pejawara Matha, Udupi. Learning from him and hearing his thoughts is a very humbling experience.”

The Seer in the past had informed media persons that if given a chance, he would discuss with the Prime Minister the issues of the ban on cow slaughter, Ram Mandir and River Ganga rejuvenation programmes. Exact topics of the discussion are not yet known. The Seer presented the traditional Prabhavali of Devara Utsava Murthy to the Prime Minister on the occasion.