Home » News » Life and times of the last Maharaja 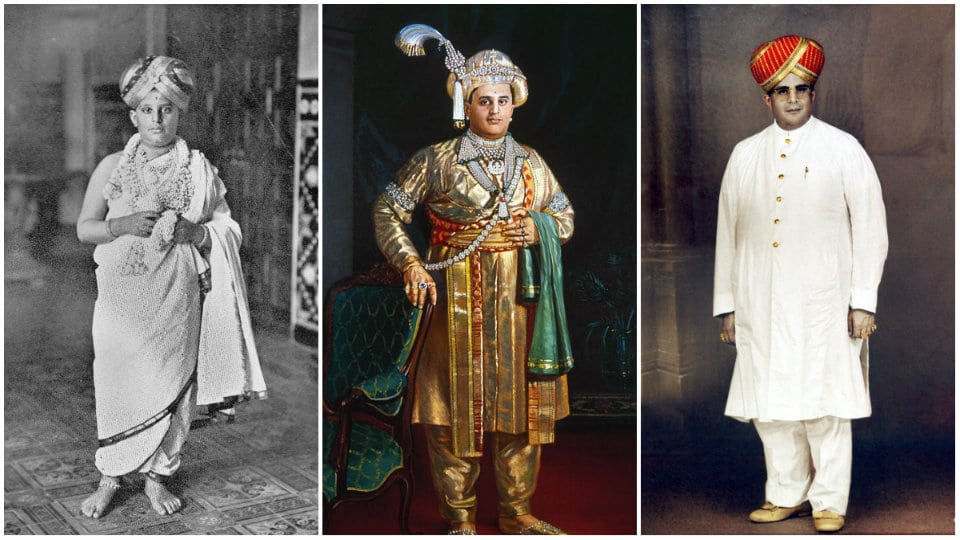 Life and times of the last Maharaja

Prince Jayachamaraja Wadiyar was born on July 18, 1919 and thus the long cherished desire of the royal family of having a male heir was fulfilled. This not only brought great joy to the family but there was great rejoicing throughout the State, as he was born at the time of victory to the Allies in the First World War and hence the name “Jaya” was added to his name.

As he grew into boyhood, a Royal School was started in the Mysore Palace and a few companions were selected. After the primary-course was over an I.C.S. officer J. Turner was appointed as Tutor to guide him in his studies.  The Prince, after he passed his S.S.L.C., joined Maharaja’s College and studied for four years freely mixing with the students, amongst whom he became very popular as Prince Charming. The Professors had great regards for him. He graduated with distinction winning five gold medals and awards in 1938.

In the same year he went to Japan, staying on his way at Singapore and Shanghai (China). He stayed for nearly a month in Japan and visited all places of interest. On his return he spoke on impressions of that country to a large gathering of students and the professors of the Maharaja’s College, Mysore, who greatly appreciated his lecture.

In 1939, the Prince, with his mother Kempachaluvajammanniavaru, consort and sisters proceeded to Europe accompanying his father Yuvaraja Sri Kanthirava Narasimharaja Wadiyar (brother of Nalwadi Krishnraja Wadiyar). He visited France, Italy, Switzerland, Holland and England. Hardly a fortnight passed in London, when the Second World War broke out. So he, with his mother, consort and sisters, had to suddenly return to India.

His father Yuvaraja Sri Kanthirava Narasimharaja Wadiyar stayed back in London with his team of Indian musicians whom he had taken to display Indian music to the Westerners. He also returned after about six months. But on his way home, while staying at Bombay he was indisposed and after a short illness passed away.

About six months later His Highness the Maharaja Sri Nalwadi Krishnaraja Wadiyar also expired at Bangalore after a brief illness. The royal family and the people of Mysore were in great distress at the sad loss of two noble souls, His Highnesses the Maharaja  and the Yuvaraja in quick succession in 1940. The Prince now ascended the Throne just before the Dasara Festival and became the Maharaja on September, 8, 1940, at the age of 21.

His Highness, in the early part of his reign toured not only the whole State but also all over India, from Delhi to Cape Comorin and from Karachi to Calcutta. During his reign, he was fully active, opening many institutions, laying foundation stones of a number of buildings, both private and public and inaugurating conferences.

Many are the acts of Sri Jayachamaraj Wadiyar’s benevolence. He built temples and improved the existing ones. He gave a number of Palace buildings freely to the educational institutions. He contributed generously towards the construction of the Maharaja’s College Centenary Hall.  He got the Rigveda, Upansidhads and quite a good number of Puranas translated from Sanskrit to Kannada by the learned pundits. These are only a few acts of benevolence.

READ ALSO  Nostalgia - World of Cinema: When Jayachamaraja Wadiyar Sent A Yellow Saree With Gandabherunda Emblem And A Gold Ring As Wedding Gift To The Actress

He was leading a religious life, worshipping the family deity Sri Chamundeswarl, following which, he was going to Chamundi Hill almost daily for the ‘darshan’ of the Goddess.

In his student days, he had appeared for the examinations in the Trinity College of Music and passed creditably. He was interested in international music and arts. No less, was he interested in Karnatak music. He has contributed about 108 compositions. He invited musicians from Madras, Bombay and other places to come and display their talent in his Palace, especially during Dasara durbars.

He was fond of riding, hunting and big game shooting. After some years, when wild life and Game preservation was organised, His Highness was the first Chairman. During his regime he constructed salt-licks and water holes for the denizens of the Forest and improved the roads for the convenience of visitors and tourists.

When the British quit India and the new Government formed, His Highness was one of the first to accede to the new Dominion. He became the Rajpramukh for a few years. Thereafter he was appointed as Governor of Mysore and later as Governor of Madras. When he was governor of Madras, he was not in good health. He tendered his resignation. Returning to Mysore, he led a quiet retired life, recuperating his health.

The remaining few years of his life was spent quietly at the Palace. He was going on short pilgrimage tours, of which the last was to Sringeri where he caught a chill. He returned to Bangalore and after a brief illness, breathed his last on the September 23, 1974, mourned and deeply lamented by the members of the royal family and his loving subjects all over the State.