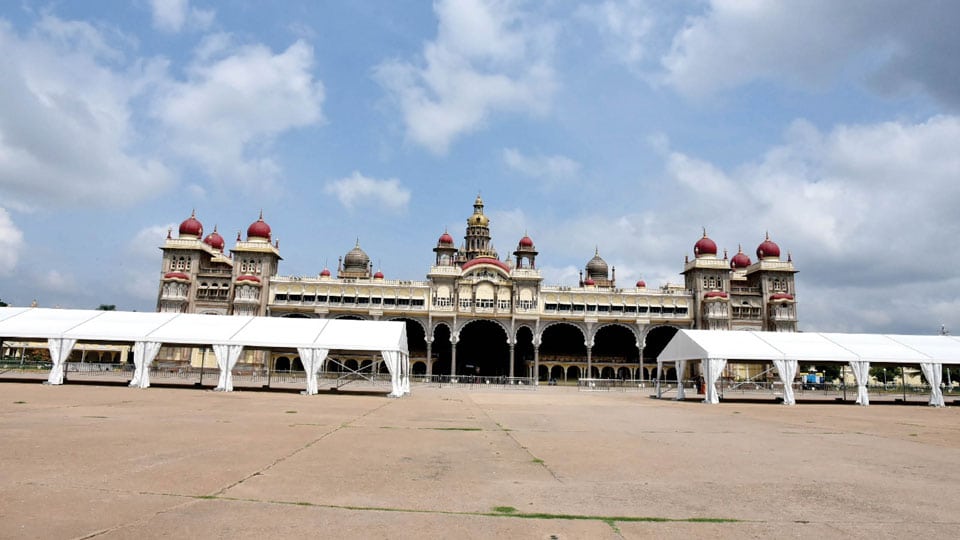 Mysore: The iconic Durbar Hall of the magnificent Mysore Palace will be reverberating with the soft strains of the symphony orchestra in the evening, while in the morning the stage is set for intellectual discourse.

The occasion is the Birth Centenary celebrations of the last ruler of Mysore State Sri Jayachamaraja Wadiyar (Sri JC Wadiyar) tomorrow (July18). This is the first time the birth of a ruler is being celebrated hundred years after his birth to the day on such a grand scale. Governor Vajubhai R. Vala will inaugurate the Centenary Celebrations at 11.15 am and former West Bengal Governor Gopalkrishna Gandhi will deliver the keynote address.

The stage is getting ready with Pramoda Devi Wadiyar herself overseeing the preparations. The portrait of Sri JC Wadiyar will be placed right at the centre where the Golden Throne was placed during the Durbars at the Dasara celebrations. Maharaja Sri Jayachamaraja Wadiyar would come and sit on the throne in the evenings and press the switch near his feet and the whole Palace would be illuminated.

VIPs will be sitting to the right of the main stage where the chief guests that include Governor Vajubhai Vala, Gopalkrishna Gandhi, Pramoda Devi; Indirakshi Devi and Kamakshi Devi, daughters of Sri JC Wadiyar will be seated. The nine awardees will also be seated close to main dais. The entrance to the Durbar Hall is strictly by invitation.

In the courtyard in front of the Durbar Hall, two separate tents have been put up for the public. There will also be huge screens for them to view the happenings.

Symphony Orchestra of India  will be performing for the first time in Mysuru. A separate stage is being set for the 29-member orchestra led by Music Director Marat Bisnegaliev, who will play  for nearly 90 minutes from 6 pm.