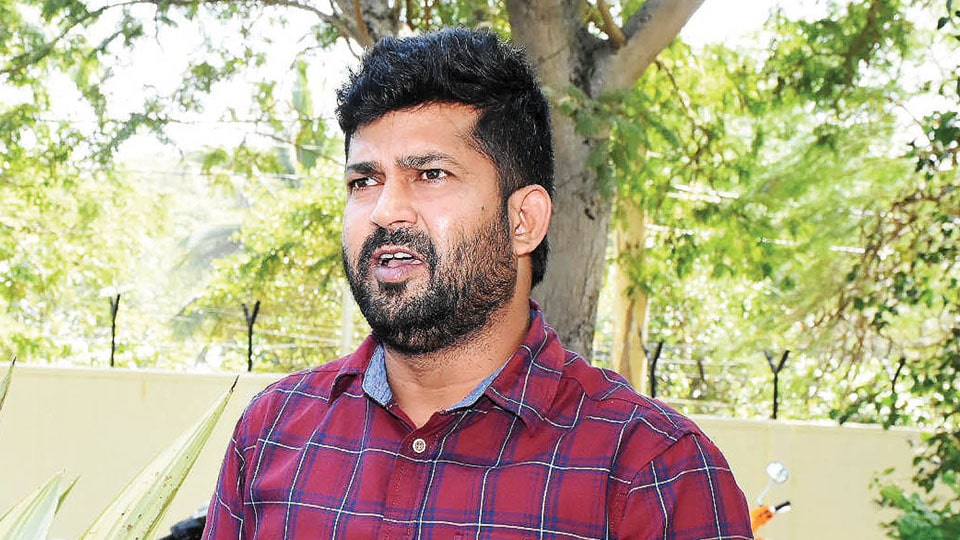 ‘Crackdown on my own party leaders, workers’

Mysore/Mysuru: Unauthorised flex boards and banners continue to crop up in the city and even the Chamundi Hill is not spared though the authorities have declared Mysuru as a “flex-free” city in tune with its tourism and heritage status.

Taking strong exception to the menace, Mysuru-Kodagu MP Pratap Simha has called for a crackdown on the menace and has asked the Mysuru City Corporation (MCC) and the District Administration to levy hefty fines and take action as per the Karnataka Open Places (Prevention of Disfigurement) Act, 1981 and The Karnataka Municipalities Act, 1964. “Don’t even spare BJP leaders and party workers and no special treatment has to be meted out even if they are from my own party,” he said.

Come festivals, birthdays of politicians and local leaders or conventions by political parties, groups and communities, the city is overrun by flexes and banners in every nook and corner.

These flex banners cause visual pollution and mar the ambience in which they have been installed and a majority of boards have life-size images of local followers of political leaders greeting people or wishing their leaders on their birthday.

Speaking to reporters, MP Simha said, “I have already spoken to the MCC authorities including the Commissioner to mercilessly take action against those who deface the city. Even a city like Bengaluru is relatively free of flex but it continues unabated in Mysuru. This must stop.”

This is not the first time that the MP is speaking against flex culture in city. In the past too, he had directed official machinery not to spare anyone if they have violated rules and asked them to book BJP leaders and workers first in case they have disfigured the public places.

On the issue of footpath encroachment, Pratap Simha said he would personally visit the spots and conduct an inspection and ensure that footpath encroachments are cleared within a week or so. “There are exclusive food zones and vending zones where vendors can transact business. But here, the entire city is full of them and it has become a menace and also leading to accidents,” he said.