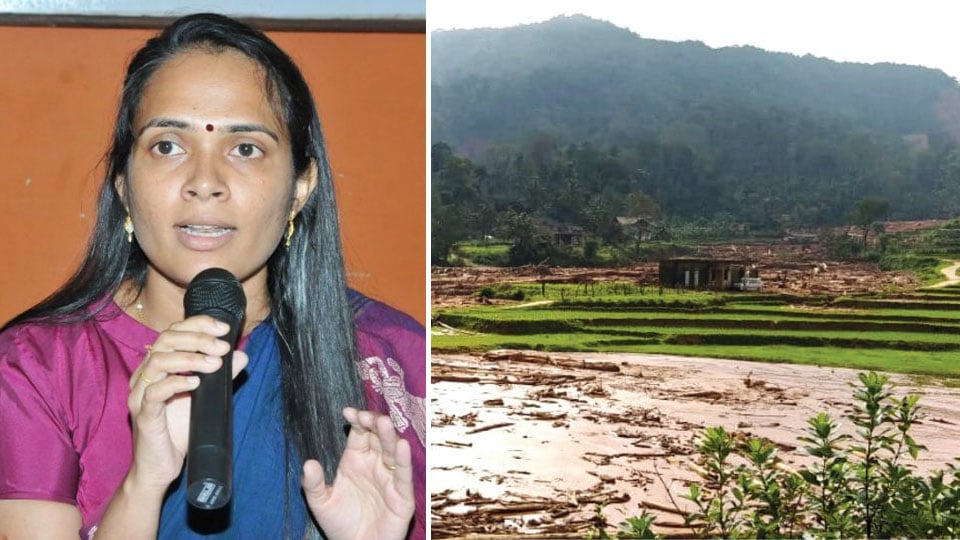 People living in flood-prone areas of Kodagu to be shifted

At a meeting with Nodal Officers held at DC Office in Madikeri yesterday, the Deputy Commissioner said that as per the forecast by Indian Meteorological Department (IMD), monsoon is expected to hit Kodagu from June 20 and officers must complete all preparations in another two or three days, she said.

Officers must coordinate with officials and experts from Geological Survey of India teams and evacuate people from vulnerable areas. They have been asked to make a list of people living in areas that was hit by floods and landslides last year and check on their safety.

In case there is a repeat of last year’s calamity, people must be shifted to relief centres. Relief centres must be identified and set up and care must be taken not to disturb the classes in case a relief centre has to be set up at school campuses. Arrangements must be made to accommodate people at hostels and other accommodation, she said.

As a precautionary measure, officials must visit the vulnerable areas and see if there are any persons unwell or the aged who cannot move in case of floods. Such people must be shifted to government hospitals for safety, the DC ordered.

Meanwhile, some residents of Madikeri have received notices from the City Municipal Council to shift to safer areas. The CMC has come forward to shift those who are living in dangerous areas that are vulnerable to landslides.

The CMC had served notices to those who had constructed houses on hilly areas in various layouts in Madikeri and has asked them to shift to   the safer areas.

The notices have been served to people residing in a dangerous position at Indira Nagara, Chamundeshwari Nagara, Mangaladevi Nagara, Azad Nagara and Putani Nagara.

The notice said, “To ensure that the tragedies of 2018 do not recur, it is essential for those living in hilly areas to shift temporarily to safer areas for safety. The place is not safe to live during heavy rain. Hence, it is better if people are shifted.”

The notice warned owners against residing in their houses and threatened to hold them responsible for any untoward incident. The notices are served in the name of CMC Commissioner to each and every house situated in hilly and dangerous terrain.