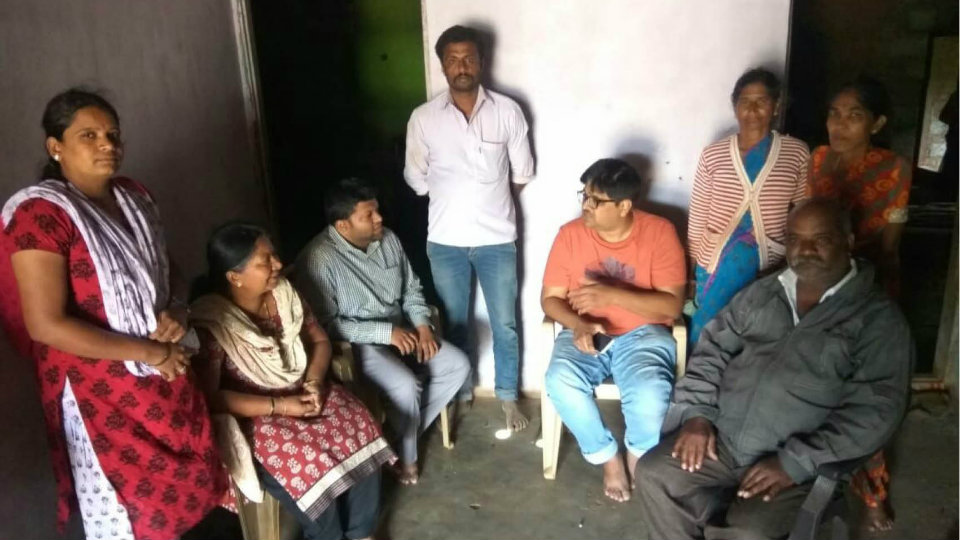 Periyapatna woman, who disappeared two years ago, to reunite with family soon

Mysuru:  A woman from Periyapatna who is at present lodged at Himachal Hospital of Mental Health and Rehabilitation at Shimla will soon be brought to Mysuru to be reunited with her family.

The Mysuru District Administration is making all efforts to bring her back to her hometown and the process of getting her to Mysuru has already begun with Deputy Commissioner Abhiram G. Sankar discussing the issue with Women and Child Welfare Department and doctors at the Shimla hospital.

The woman, 40-year-old Saraswathi, alias Padma from Makanahalli Palya near Kampalapura at Periyapatna, went missing two years ago. Her mother Parvathamma, brother Harish, sister Lakshmi and her husband Krishnamurthy live at Makanahalli. Parvathamma has six children and five among them are girls. Saraswathi is Parvathamma’s eldest daughter and was given in a marriage to Dharanesh of Vaddarahatti village, Channarayapatna in Hassan district 19 years ago. The couple had no children and Dharanesh married another woman. Due to this, Saraswathi went into depression and later Dharanesh abandoned her. 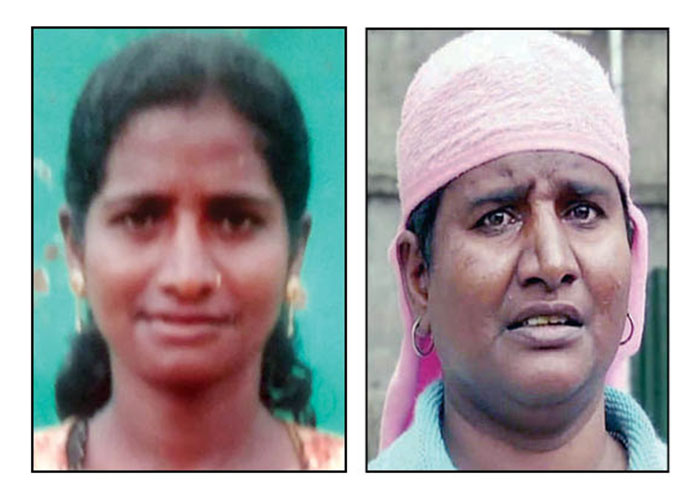 A file photo of Saraswathi when she was young (left) and her photograph now.

Saraswathi later came to her mother’s house at Makanahalli Palya and after some time told her mother that she would go in search of her husband. Meanwhile, Dharanesh told her family members that Saraswathi had gone to Bengaluru to work in a garment factory. After that the family never got in touch with Saraswathi.

A depressed and dejected Saraswathi boarded a train from Channarayapatna and reached Chandigarh and then New Delhi. Seeing her condition, the Police admitted her to Rajendra Prasad Hospital at Kangra in Himachal Pradesh from where she was shifted to Himachal Hospital of Mental Health and Rehabilitation, Shimla as her mental condition was not stable and was worsening due  to depression.

Saraswathi’s story was published in a local daily in Himachal Pradesh and the same was tweeted by a news agency. Following reports in the media, Suneela Sharma, a social welfare activist at Himachal Pradesh, brought the case to the notice of Himachal Chief Minister Jayaram Thakur who assured help. Later, Dr. Sanjay Pathak, Senior Medical Superintendent of Himachal Hospital of Mental Health told reporters that Saraswathi has recovered from her illness and was waiting for her family members to take her home.

Dr. Sanjay Pathak then wrote to Himachal Government Health Department that Saraswathi has recovered and the Department sent the communication to Karnataka Health Department and the report was forwarded to Mysuru District Mental Health Project Officer. 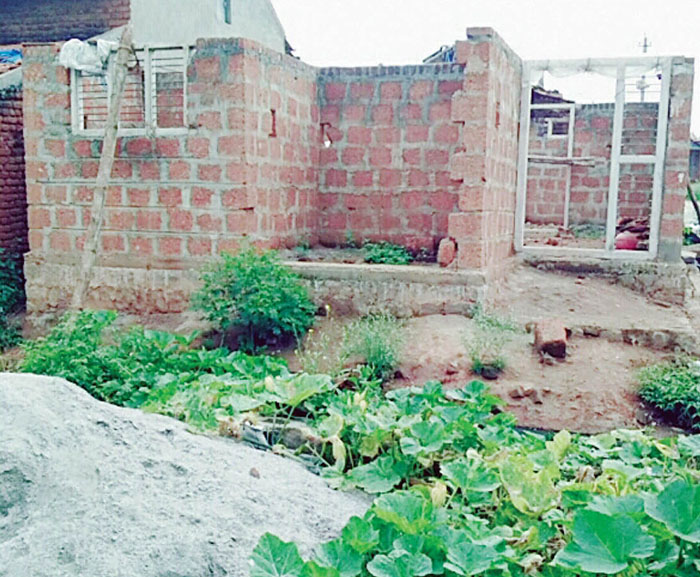 Speaking to Star of Mysore this morning, Dr. Sanjay Pathak said that Saraswathi was admitted to Shimla hospital two years ago and she has recovered. “We have conveyed the same to Mysuru DC and we are waiting for her family, officers and Police from Mysuru to take her back,” he said.

Her family members including mother Parvathamma, who is suffering from a heart ailment, are happy that Saraswathi has finally been traced. But they have expressed their inability to accept her immediately. “We are poor daily wagers and my mother-in-law and my brother-in-law Harish live with me as their house has collapsed a year ago. At present, it will be difficult for us to accommodate Saraswathi. The authorities can put her in a destitute home in Mysuru and we can take her after Parvathamma’s house is reconstructed. The State Government and the Gram Panchayat have sanctioned Rs. 1.96 lakh for Parvathamma to build her house that is half completed now,” said Krishnamurthy, Saraswathi’s brother-in-law.

Meanwhile, Mysuru Deputy Commissioner Abhiram G. Sankar told SOM that the process of bringing back Saraswathi has begun. “District officers have already visited her place at Makanahalli Palya and spoke to her family members. As her family has expressed inability to take her back at this juncture, we will have to temporarily accommodate her at Shakthidhama (rehabilitation centre for women) at the foot of Chamundi Hill,” he said.

“I spoke to Dr. Sanjay Pathak yesterday night. We will work on the logistics and the team which will go to Shimla, and very soon we will bring back Saraswathi to Mysuru. The formalities will be worked upon by the district administration, in consultation with the concerned departments in Bengaluru and Shimla,” the DC added.