Home » News » Persons with Disabilities can opt for postal ballot 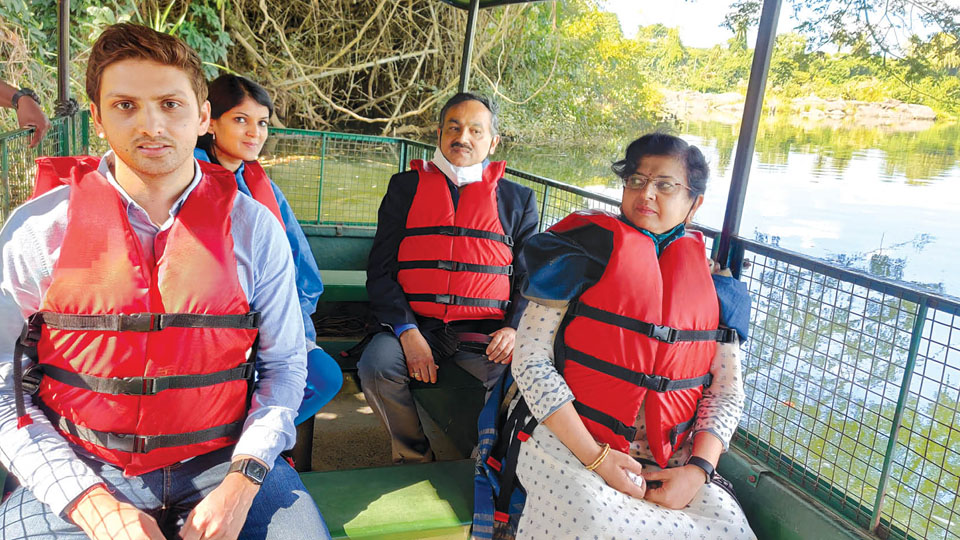 Persons with Disabilities can opt for postal ballot

Mysore/Mysuru:  In what is seen as a big relief, the Election Commission of India (ECI) has decided to extend the postal ballot facility to Persons with Disabilities (PwD) in view of their difficulties in reaching out to polling stations to cast their votes.

Karnataka Chief Electoral Officer (CEO) Sanjiv Kumar, who is on a 3-day tour of Mysuru and Mandya districts to review progress of special revision of voter’s roll, told SOM that though special facilities like ramp and wheel chair are arranged at every polling booth for PwD, still many find it difficult to cast vote on the day of polling. In wake of this, the Election Commission (EC) has decided to allow such persons to make use of the postal ballot so that they could exercise their franchise from wherever they are.

He said people with disabilities may go to places where the special voter’s list revision was going on now and submit applications to officials concerned to mention as ‘PwD’ (Divyang) in front of their names in the list for enabling the EC to include their names under the postal ballot beneficiaries.

With this, Persons with Disabilities (PwD) can vote without taking the risk of going to polling stations on the day of voting. Many a times, the poll staff would physically carry such persons and take them inside polling booths to enable them to cast their votes. “I appeal PwD to make use of the same,” he added. Sanjiv Kumar also asked the youths, who are completing 18 years as on Jan. 1, 2021 to enrol their names in the voter’s list in the ongoing special Electoral Enrolment Drive started from Nov. 18 till Dec. 17, 2020. There are 30 Poll Observers of the rank of Secretary who will visit every district to take stock of the month-long special drive.

Missing of names: On complaints from citizens about the missing of names in voter list, the CEO said the purpose of holding the special drive was to enable people to check whether their names were in the list or not. In case of missing, they can give applications on-the-spot for the inclusion of their names. It is also the duty of the general public to bring to the notice of Election Commission (EC) about death of persons in order to delete such names from the voter list. This would help the EC to update the list of voters.

Ready to hold by-polls: He said they are ready to hold by-elections to two Assembly Constituencies — Maski and Basavakalyana — and Belagavi Lok Sabha Constituency and waiting for the ECI to announce the date for by-polls.

Earlier, Sanjiv Kumar and his family members went on a boat ride at Ranganathittu Bird Sanctuary in Srirangapatna.

The CEO is scheduled to hold a special electoral review meeting with  Mysuru DC later today.

Who can avail  postal ballot?: Members of the armed forces like the Army, Navy and Air Force,  members of the armed Police force of a State (serving outside the State), Government employees posted outside India and their spouses are entitled to vote only by post. Recently the Election Commission had allowed Corona positive patients to avail this facility.