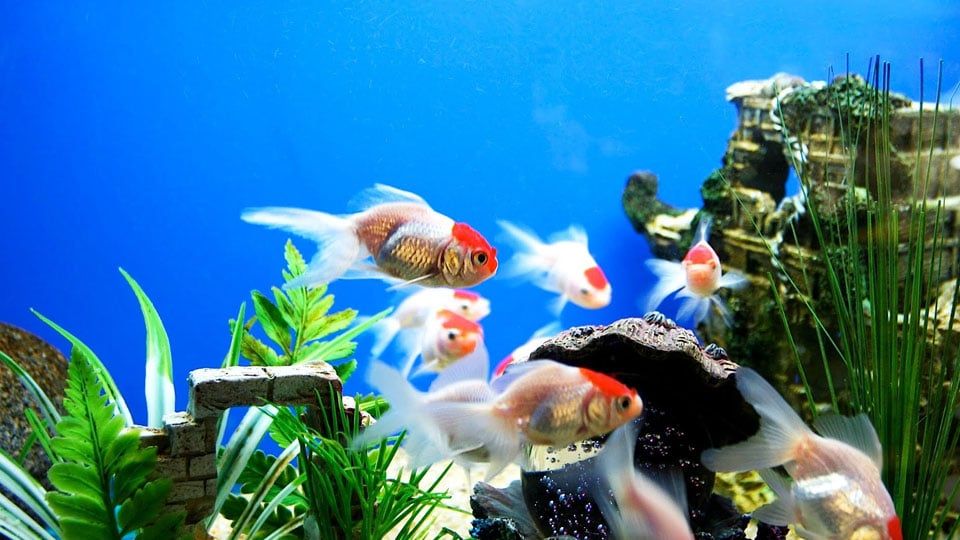 In this week’s Pet Talk, Maneka tells what kind of fish can be kept in a tank and how to maintain them

What kind of fish do I keep in my tank?

First and foremost, do NOT get a fish tank. It is nothing but an ugly, cruel prison for creatures that need open water stretches. But if you absolutely have to be cruel, then remember there are hundreds of fish classifications, and each classification is unique from the other in terms of physical characteristics, habitat, diet and a lot more. When you’re buying a fish, first do your research on it so you don’t kill it. Millions of fish tank fish die in the first week because buyers don’t know what to do.

Remember, the seller will give you misinformation because a) he doesn’t know anything b) the more fish that die, the more you will keep buying just to keep the tank filled.

Should I know if my fish is male or female?

It is important to know the sex of your fish because a female fish will have different needs from a male fish. It would also be good to know how they reproduce or spawn, so you’ll have an idea when you can expect more fish babies in your tank.

Is it important to know how old is the fish?

You need to know when the fish was conceived, not because you’d want to celebrate its birthday every year, but because you’d want to have an idea when it reaches maturity. In three years, it might grow to a certain size that you would need to replace your tank with a bigger one. In five years, it might already have reached its lifespan and by then, you should have already prepared for the inevitable.

They don’t have eyelids to close their eyes like we do, but fish do slow down and will appear to be zoned out. Fish don’t go into a deep sleep like humans do, but their bodies and metabolisms have periods throughout the day when they are not as active as others. Some fish must keep moving to ventilate their gills, while others may lay down on a leaf or rock to sleep.

Fish can feel pain, just like humans. Fish have all the same senses that we have, along with their lateral line organ that gives them an extra radar like sense to process their surroundings.

Fish are often thought of as silent, but many fish can make noises by grinding their teeth or squeaking their swim bladders. Catfish are known to croak when pulled from the water.

What to feed the fish?

Learn specific details about the fish’s diet and its eating habits. This way, you’ll avoid getting surprised when you see the fish chewing on other beings in your tank. Make sure your fish will get proper nutrition, by researching on the best fish food to give your fish. Also, don’t make the mistake of feeding the fish randomly.

There are various ways of feeding fish, so it’s important that you know the feeding routines of the shopkeeper and follow this same routine as part of acclimatising the fish to its new habitat.

What do I need to do to acclimate the fish to my tank?

First, get all the things you need for the tank, the filters, heaters, rocks, plant, water and only then bring any fish home.

How many fish can live together?

It is not how many fish can live together but how many fish your tank has the capacity to hold. This will depend on the size and type of fish. Overcrowding a fish tank leads to competition for food, and poor water quality due to the waste being produced. You will also need to know which breeds of fish can live together. A good guide is to allow at least 2 litres of water for every 1cm of fish.

Why are fish flicking and rubbing themselves?

The most probable cause is skin irritation caused by skin or gill flukes — you should be able to get treatment for these either from a specialist shop or from your vet.

How can I test the water in my aquarium?

There are several water test kits on the market that are available from most good pet shops. We recommend that you regularly test the pH, ammonia (NH4), nitrite (NO2), nitrate (NO3) and dissolved oxygen (DO) levels.

It is important that the ammonia and nitrite are at a very low concentration, and that the pH is stable. The nitrate level is less critical because it is not dangerous to fish unless at very high levels.

How often should I change the water in the aquarium?

Most aquariums should be cleaned every 2 weeks on average. It is easier to combine cleaning and water changes by using a gravel siphon, as this also removes any dirt and waste from the bottom of the tank.

Can I add tap water directly to my aquarium?

Tap water contains chlorine and chloramines, which are added to our water supply to act as a disinfectant. They are very effective at keeping the water clean for human consumption, but unfortunately, fish cannot tolerate chlorine or chloramines. You, therefore, need to add a dechlorinator to the water before adding it to your aquarium.