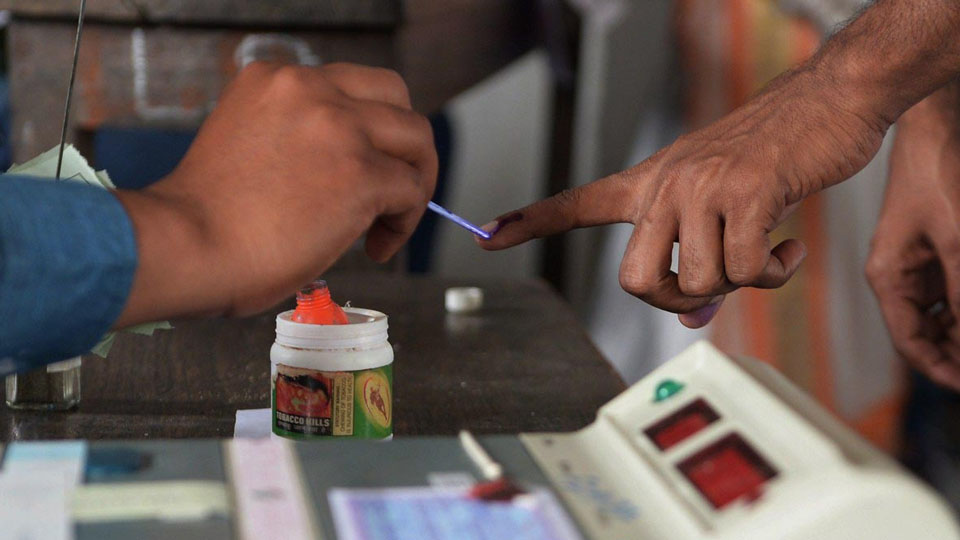 Voters from 91 seats in 20 States will select their representative

New Delhi: Countrymen are set to cast their ballot to select the 17th Lok Sabha. The polling will be held in 7 phases with the first phase kicking off on Apr.11 (tomorrow).

After a fortnight of high-decibel electioneering marked by release of manifestos that were loaded with competitively populist schemes, campaigning for the first phase of the general elections came to an end yesterday with leaders putting their best foot forward to woo voters.

The other States going to polls in the first phase include Assam, Bihar, Chhattisgarh, Jammu and Kashmir, Maharashtra, Manipur, Odisha, Tripura, Uttar Pradesh and West Bengal. In these States, votes will be cast for some of the constituencies in the first phase. Simultaneously, elections for the Legislative Assemblies will be held in Andhra Pradesh, Sikkim, Arunachal Pradesh and Odisha tomorrow.

The results will be announced on May 23.