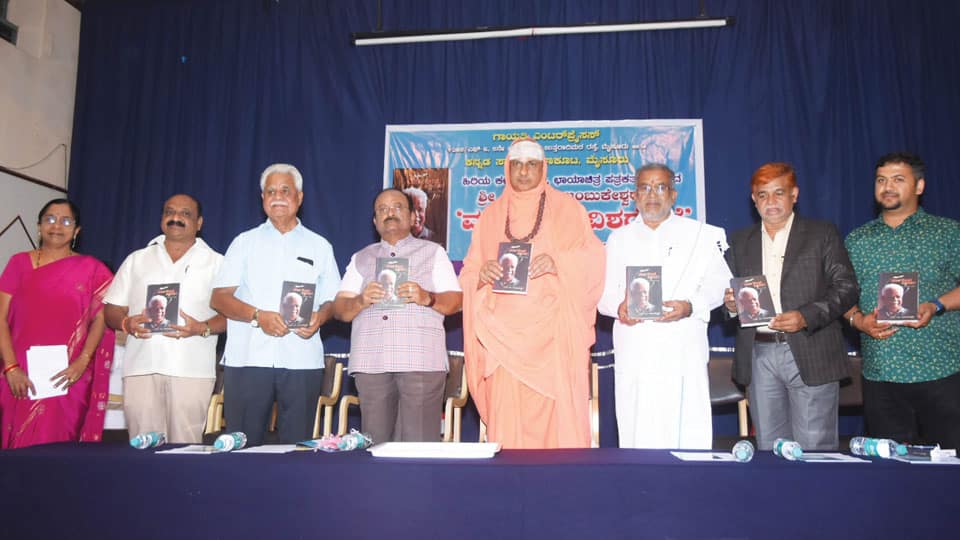 Pointing out that Jambukeshwara has served the society as a Photographer, Writer and a Drawing Teacher for more than three decades, GTD said that he knows Jambukeshwara since the time he served as the Zilla Panchayat (ZP) President.

Noting that he (Jambukeshwara) served within his limits, he said that the renowned photographer never used his influence to get works done.

Continuing, GTD said he was happy to note that Jambukeshwara is leading an active life even at the age of 75 years.

Recalling the services of former IAS Officer Dr. C. Somashekar, who is currently serving as the Chairman of Karnataka Border Area Development Authority, GTD said that the people remember him even today for his service when he served as the Deputy Commissioner (DC) in various districts.

Recalling his association with Suttur Mutt since the days of Dr. Sri Shivarathri Rajendra Swamiji, GTD said that the late Seer used to advice him whenever he got an opportunity to meet him.