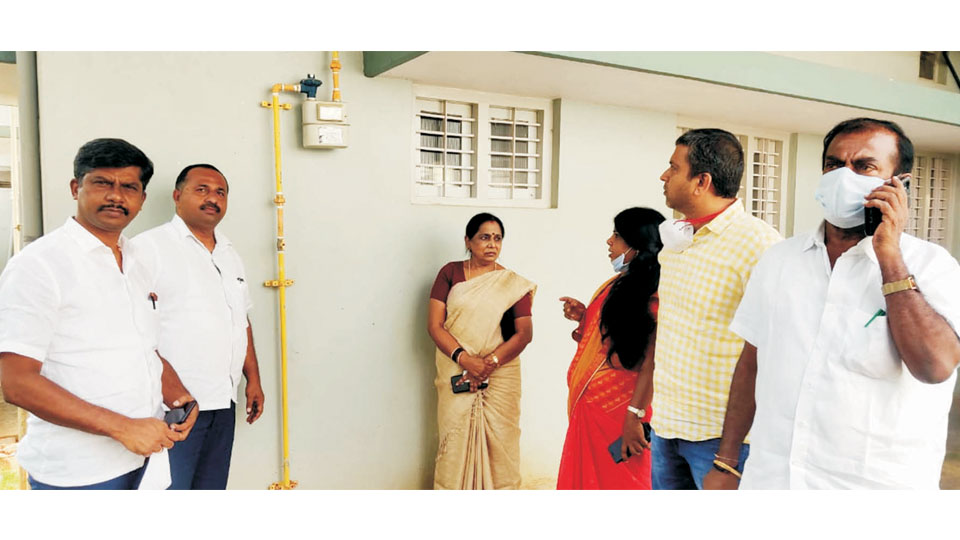 Mysore/Mysuru: Any delay will spoil the actual public-friendly project and speedy approvals have to be accorded, opined Vijayanagar Corporator M.U. Subbaiah. He had been to Tumakuru along with Mayor Sunanda Palanetra and fellow Corporators to see how the project is being implemented there.

Delay in executing the project will lead to more problems and the project must be cleared speedily, he told Star of Mysore. The standards of digging, pipeline laying, connections and other basic principles have been clearly laid out by the Ministry of Petroleum and Natural Gas and bids have been allotted to certain companies across India.

“In the first phase of the project (in one financial year), the gas pipeline implementing company (AG&P Pratham India) is taking up 530 km of pipeline laying and of it, 480 km comes under Chamaraja Constituency that includes my Ward No.20. In all, works will be taken up in 13 Wards of the 19 Wards in Chamaraja in the first phase, along with three Wards in Krishnaraja Constituency (T.K. Layout, Janata Nagar and one Ward in Kuvempunagar),” he said.

Supply of natural gas through the piped network is feasible only to well-planned localities. “It is very difficult to lay pipelines in congested areas. In Chamaraja, there are many big and small roads and both sides have to be dug up and most of the roads have been asphalted now. Again digging roads will cause problems and we (the Corporators and the MLAs) have to face criticism from the people though the company digs up the road and pays Rs. 1,957 per metre, apart from restoration,” he said.

“In my personal opinion, many roads that have been dug up cannot immediately be restored and we have to wait till the mud settles in the trenches. Restoration will take time and the entire road will have to be relaid. All these factors must come up for discussion in the Mysuru City Corporation (MCC) Council and must be passed,” he said.

Also, each Ward has some pending funds from various grants where the tender process is done but yet to be executed. These pending funds and the money paid by the gas pipeline company for the roads that have been dug up can be utilised together without any delay before monsoon. “The earlier the better,” he said.

“If the project is delayed then if roads are dug in May, monsoon will set in the month of June and the next two to three months will be a mess if the roads are dug up. We have to face public anger. So I feel that the project must get speedy approval. Also, the money paid by the gas pipeline company for the roads that have been dug up must be utilised in that Ward itself instead of being diverted to other Wards,” Subbaiah reasoned.