Home » News » Planting of 1 lakh saplings at Chamundi Hill to begin in a week: Forest Minister 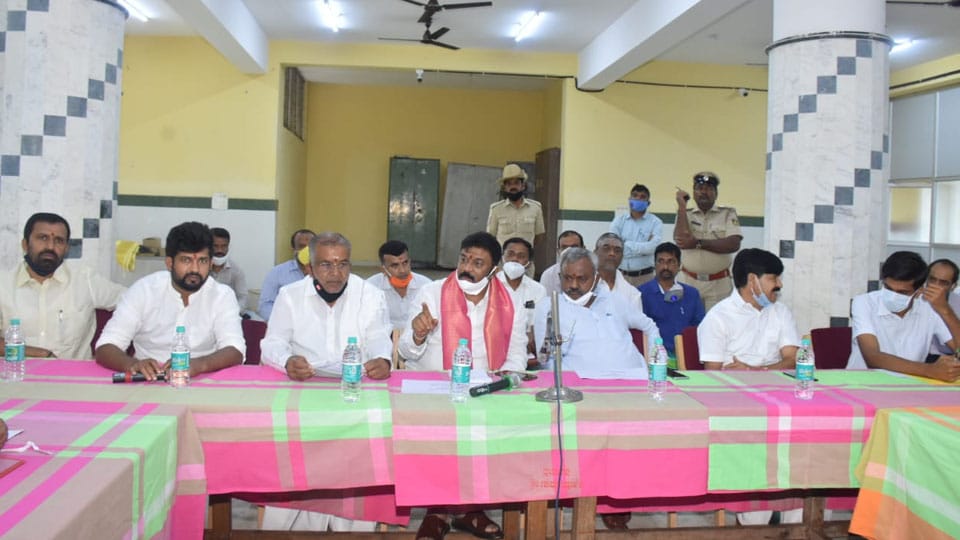 Planting of 1 lakh saplings at Chamundi Hill to begin in a week: Forest Minister

Mysore/Mysuru: Forest Minister Anand Singh said that the initiative of planting one lakh saplings in the forests of Chamundi Hill as part of World Environment Day (June 5) will commence in a week.

Speaking to press persons atop Chamundi Hill this morning after holding a meeting to discuss the schedule for planting of saplings, in which District Minister S.T. Somashekar too took part, Anand Singh said that the meeting decided to fell down non-eco-friendly Eucalyptus trees grown in 310 hectares in Chamundi Hill and plant fruit saplings of different varieties in this area, which not only spreads the green cover but also is beneficial to the society.

Stating that he has directed the officials to symbolically launch the initiative by planting a few saplings, he said that the officials must ensure that the digging of pits for planting is taken up only under NREGS (National Rural Employment Guarantee Scheme).

Replying to a question on the Department’s plans for containing wild elephant menace, Anand Singh said that the Department has speeded up construction of Rail fencing along the forest borders covering a total distance of more than 500 kms in different parts of the State.

Pointing out that the fencing project is being taken up with financial support from the Centre, he maintained that the State Forest Department has no dearth of funds for digging up trenches and erection of Rail fencings, to check the straying of elephants into agricultural fields and human habitats.