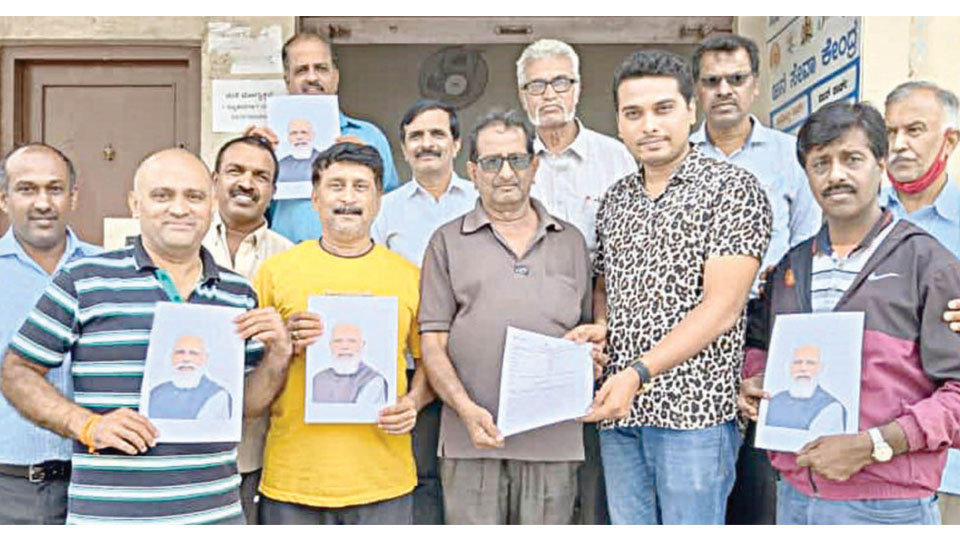 PM SVANIDHI beneficiary gets Rs. 50,000 as third level of loan

Mysore/Mysuru: Vishwanath, a resident of Ramanuja Road and a beneficiary of PM SVANidhi (Prime Minister Street Vendor’s Atma Nirbhar Nidhi), was credited with an amount of Rs. 50,000 as the third level under the scheme, through  Janaseva Kendra run by BJP youth leader K.M. Nishanth.

Speaking on the occasion, K.M. Nishanth, city BJP Yuva Morcha Vice-President said that PM Modi introduced this scheme, which is a special micro-credit facility scheme for providing affordable loan to street vendors to resume their livelihoods that have been adversely affected due to COVID lockdown.

Pointing out that first instalment carries a loan of Rs. 10,000, he said the beneficiaries upon returning this loan are eligible to get Rs. 20,000 in second instalment. Upon return of second instalment, the beneficiary will become eligible for Rs. 50,000, he said adding that the third instalment cheque of Rs. 50,000 was directly credited to the Bank account of Vishwanath. He said that his Janaseva Kendra has helped in getting loans to over 1,100 street vendors.

Vishwanath said that he is now 74 years old and he still has the desire to run a small business and the PM SVANidhi scheme has helped him a lot, at a time when banks were hesitant to extend loans to persons aged over 60. He thanked Janaseva Kendra for pursuing his online application for loan without any collateral guarantee. He has also written to the PM thanking him for introducing the scheme.