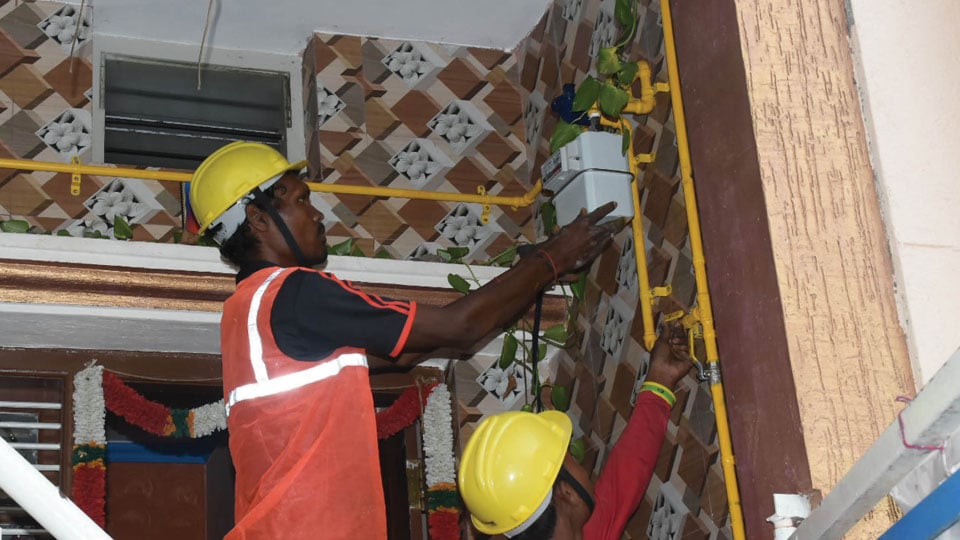 Mysore/Mysuru: The Piped Natural Gas (PNG) project that is being implemented in Mysuru is neither people-friendly nor economical, alleged Mehul Patel, the distributor of HP Gas in Mysuru. It will spoil the health of people and will be detrimental to environment, he said.

Addressing a press conference at Pathrakarthara Bhavan in the city yesterday, he claimed that many experts have opined that the PNG is unhealthy as it contains methane and ethane that is not compressed. “Nitrogen oxide is generated through this gas and this will harm health of people. This has been reported in reputed magazines like Forbes and National Geographic,” he claimed.

Mehul said that LPG was safe and do not contribute to global warming while the PNG has been given a negative rating by chemical engineers and petroleum gas experts. “In winter, the PNG takes a solid format (after precipitation) and there are chances of pipelines getting blocked while the gas supply company will claim that there are no obstructions. Many people with piped gas will suffer and at that time, there will be no solution and this would lead to conflicts,” he reasoned.

He dismissed the claims that the PNG is cheaper. “Rs. 7,000 has to be paid as a deposit and the savings of Rs. 400 per month is completely false and misleading. New stoves and other equipment have to be purchased and if there is small damage in the pipeline, the company will levy heavy penalties. Shifting houses will be a headache with piped gas. All these facts have been hidden from people,” he claimed.

9 COMMENTS ON THIS POST To “‘PNG will affect public health, environment’”