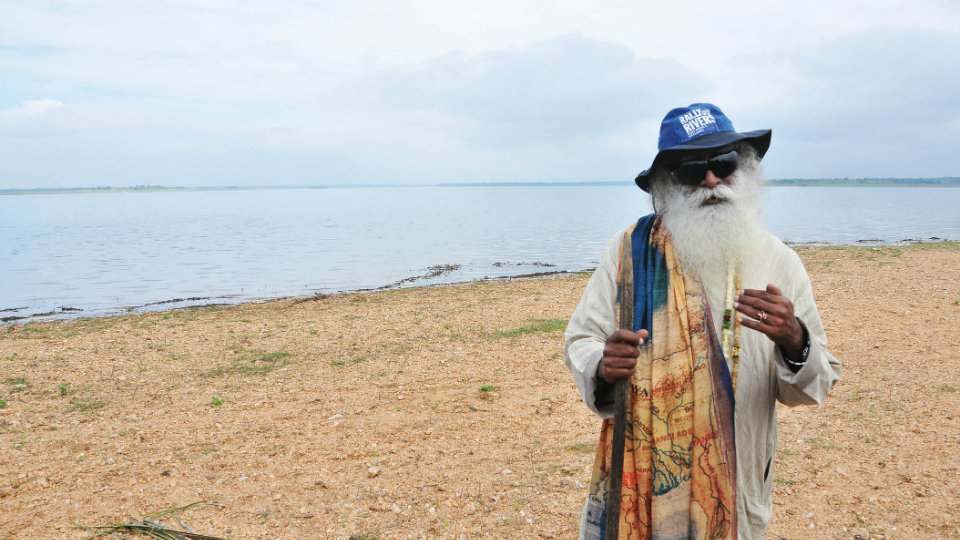 River interlinking must be scientific: Sadhguru

Bengaluru: Isha Foundation Founder and spiritual leader Sadhguru Jaggi Vasudev has said that any new proposal to interlink rivers must be evaluated on the strength of scientific and environmental merit and long-term sustainability, not politics.

He said much before the 2022-23 Union Budget as reported on Isha’s official website.

“A few interlinking projects have already rolled out. It would be ideal if we evaluate it on the basis of scientific and environmental merit and long-term sustainability, rather than on the basis of emotions and politics. The evaluation should also be on the basis of economic gains from these projects and weigh them against the loss of natural resource capital before embarking on new projects,” he said.

Sadhguru said there are certain rivers which can be linked, which would be beneficial especially for flood mitigation, but all rivers in India are not fit to be linked because the rivers are not like European or North American rivers.

In India, rivers are mostly forest-fed and hence bringing back the tree cover on either side of the river is the only long-term sustainable solution to address water scarcity and reduce the impact of floods and droughts, Sadhguru added.

“For example, the monsoons have been weakening over the last few decades in various parts of India, and the rainfall in parts of the country is now happening for fewer days and often in very intense spells. The surplus basins may, in fact, face water stress due to these changes,” Sadhguru said.