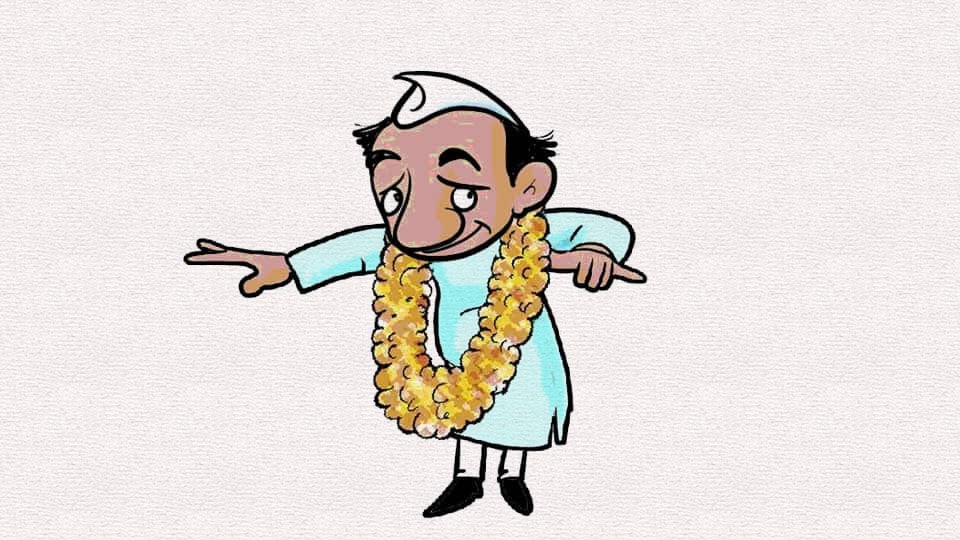 When we say or do things that we should not say or do, it’s bad manners. In this election season bad manners became the very norm of public life. How else can we explain an educated and experienced political leader saying that Narendra Modi, Uma Bharati and Sadhvi Ritambara are lower caste people and therefore know nothing about Hinduism, that Brahmins alone are learned? The comment was made by Congress leader C.P. Joshi, a PhD holder and Professor of Psychology who was a Cabinet Minister under Manmohan Singh. It was an indication of the depths of rottenness to which politics has taken our country in just a few decades.

We had started off well. For two brief periods electoral democracy functioned in India with decorum and civility. The first was when Jawaharlal Nehru set the tone beginning with the first General Election in 1951. Courtesy prevailed in politics. Backroom manipulators like S.K. Patil in Bombay and Atulya Ghosh in Calcutta plotted and conspired, but they had to stay within the code of public decency that was mandatory in Nehru’s India.

The model of correctness in campaigning was V.K. Krishna Menon, a veteran of electoral politics in London where he had contested and won. The Cold War was at its height and powerful US-led anti-communist lobbies singled out Menon as their principal target. In the fiercest battle in which Menon faced Acharya Kripalani, editorials, speeches, leaflets and slogans vilified him in personal terms. But Menon stuck to his British-style campaigning, not even mentioning Kripalani by name, let alone attack him. His speeches were about policy, about war and the need for peace, about non-alignment, about India’s role in the world. It was political politeness at its best. Menon kept winning until 1967 when S.K. Patil, now the unchallenged king of Bombay, introduced what was then a novelty — the argument that Menon was not a Maharashtrian. Nehru was dead. India was changing.

READ ALSO  All the lying they have done

The second golden age of electoral democracy was when T.N. Seshan reigned as Chief Election Commissioner (1990-96). All he did was to enforce the rules, but he did it with such authority and attention to detail that the electoral exercise in India became a marvellous spectacle that the world watched with awe. It was Post-Emergency India and politics had become infested with time-servers, family retainers, profiteers and plain thugs. None of them had a chance against the enforcement juggernaut of the unflinching CEC. Seshan showed what one man could do to ensure that democracy did not become a hydra-headed monster. In time Seshan retired. And the monster was set free.

Today, candidates give money openly to constituents, an illegality Seshan had stopped. The Election Commission itself was recently caught favouring the ruling party more than once. These are indications that the sense of morality that ruled politics in an earlier era is gone. Small wonder that even language used by politicians has tuned vulgar.

Congress leader Kamalnath asking Muslim leaders to ensure that 90 percent of their people voted for his party was not vulgar; it was bluntly communal. His colleague Raj Babbar was vulgar when he referred to the fall of the rupee and said that the currency was “inching towards the age of Narendra Modi’s respected mother”. What was the point of that comparison? Bad manners for the sake of bad manners?

Giriraj Singh is known for boorishness. Choosing to be an extremist despite being a Union Minister, he makes notorious statements one after another. The worst was: If Rajiv Gandhi had married a Nigerian, would the Congress have accepted her as its leader? Even the BJP was ashamed and forced him to make some kind of apology. A man so uncultured keeps issuing warning to those who do not toe his Hindutva agenda, while poor Mani Shankar Aiyar looks doomed for describing the Prime Minister as “neech”, an unwarranted term.

Donald Trump must have been impressed by Indian politicians, hence his reckless use of bad words against people he dislikes. A woman TV presenter was called “low IQ” who was “bleeding badly from a facelift”. He called some opponents crazy, phoney and psycho — language never used by a US President before.

This kind of politics is criticised even by professional criminals. Remember Daku Malkhan Singh, the Chambal Valley dacoit who struck terror in the region in the 1970s? He surrendered in 1982 and is leading a quiet life in his farm. He recently surveyed the political scene and said: “We were rebels, not dakus. Today’s netas are crorepatis. They are hi-tech dakus”.