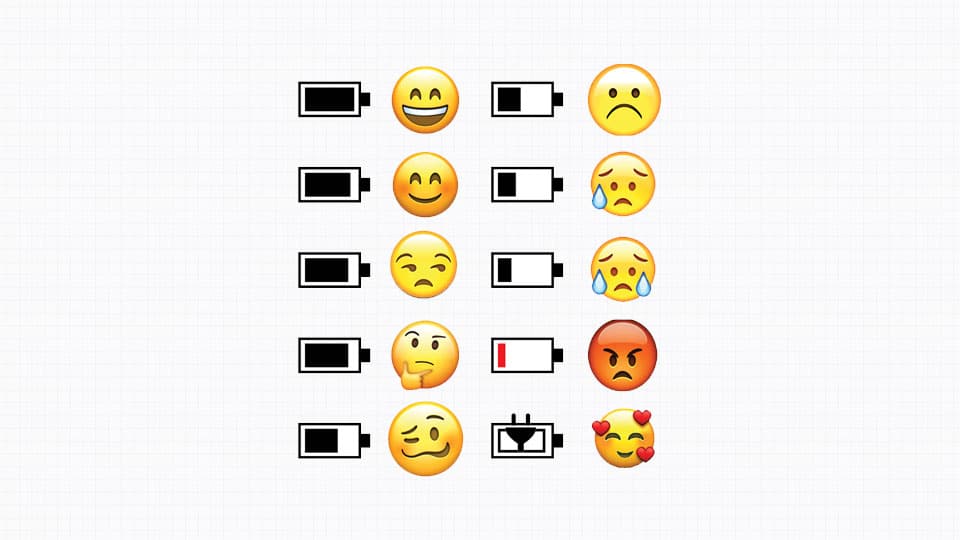 As we have had a politically charged week with protests and violence, it’s time for some inane banter. This reminds me of my dinner a few days ago.

I had been to Olive Garden restaurant and after we sat down, I noticed a young girl frantically asking the waiter if he had an iphone charger? The answer was NO. Then she asked the Steward. He too said no. Then she started asking other customers in the restaurant. No one had a charger. She looked so desperate we thought next she was going to ask the geese that were swimming in the moat around the restaurant if they had a charger !

Finally, the Steward said he would find out if there was one in their Office. Suddenly, her mood changed. Now she was excited and started thanking him profusely, “Thank you bhaiyya, thank, thank you.” Soon her mood was positively charged as a charger was handed to her.

Today people, it seems, worry about their battery balance almost as much as their bank balance.  In fact “low-battery” notification is the only notification that phone users take seriously. That is why even Cab drivers keep an octopus like charger, with its tentacles ending in plugs that can satisfy the charging needs of their customers no matter what type of phone socket.

Charging stations are a common sight these days — in malls, trains and airports. In airports it’s easy to spot them. All you have to do is look for a place where people have gathered, like animals around a watering hole.

In fact today when we travel the main priority after tickets is to make sure our gadgets are charged and the power bank is full. If possible we want to pick a train that has power points or cars that have power sockets.

READ ALSO  Can Indira 2.0 save Congress?

The battery icon on the corner of our gadgets has come to define our sense of time. A young cousin of mine said she knows she is close to Bengaluru when her phone battery percentage shows 55%!

Everyone these days, be it young or old, seem to be suffering from “charging anxiety.”  And the only way to reduce this “power stress” is to carry a power bank in our pocket. And it comes in all shapes, sizes and charging speeds.

Recently a friend visited our Office and after the customary hug I noticed something bulging out of his pocket. I felt compelled to use the famous Hollywood sex symbol, May West’s dialogue and said, “Is that a gun in your pocket or are you just glad to see me?” He laughed at my crude joke and pulled out a power bank.

We can notice people’s behaviour change the moment battery life is 20% or less. They become fidgety, impatient, anxious and exhibit withdrawal like symptoms.

Recently two people were arrested for “abstracting electricity” on a London train. They plugged in their phones where it said “cleaners use only and not for public use.” Even though it was unsafe to do this, the users said they desperately needed to charge their phones.

Even though it does not appear in the Diagnostic and Statistical Manual of Mental Disorders, a name, ‘Nomophobia’ has been proposed to be included as a real-life condition where one fears having no battery or network coverage. The physical symptoms of this phobia include anxiety, respiratory alterations and disorientation. The emotional symptoms are panic, fear, low self-esteem and feeling of loneliness.

We are so obsessed with our gadgets that without them we feel incomplete, impatient and immobile. It almost seems like if our phone dies so will our personality.

Guess that’s why there is an app called ‘Die with me.’ It is a chat app that works only if your battery power is less than 5%. The makers say their app makes users feel like, “I’m dancing on the edge, doomed to fall at any moment and I don’t give a hoot.” Sadly, chatting away knowing that your phone is eventually going to die, but not knowing when, is considered living on the edge these days.

We have been through the Stone Age, Bronze Age and Iron Age. Now it seems we are upon the ‘ion’ Age as lithium-ion batteries power our life. They run everything from smart watches to cars. No wonder the 2019 Nobel Prize for Chemistry went to three scientists, whose joint efforts resulted in the creation of ‘lithium-ion’ battery, which is so widely used today.

That is why even India in 2018 set up a joint venture between National Aluminium Company (Nalco), Hindustan Copper Ltd. (HCL) and Mineral Exploration Corp. Ltd (MECL) to explore and buy Lithium and Cobalt mines anywhere in the world.

Now, as we carry our power banks like heart patients carry their Sorbitrate tablets to prevent death due to heart attack, we better take charge of our life before “low-battery charge” does us in. After all, it seems for now lithium is the new crude oil and battery is the new petrol.