Home » News » Private vehicles to be banned inside Gangothri Campus 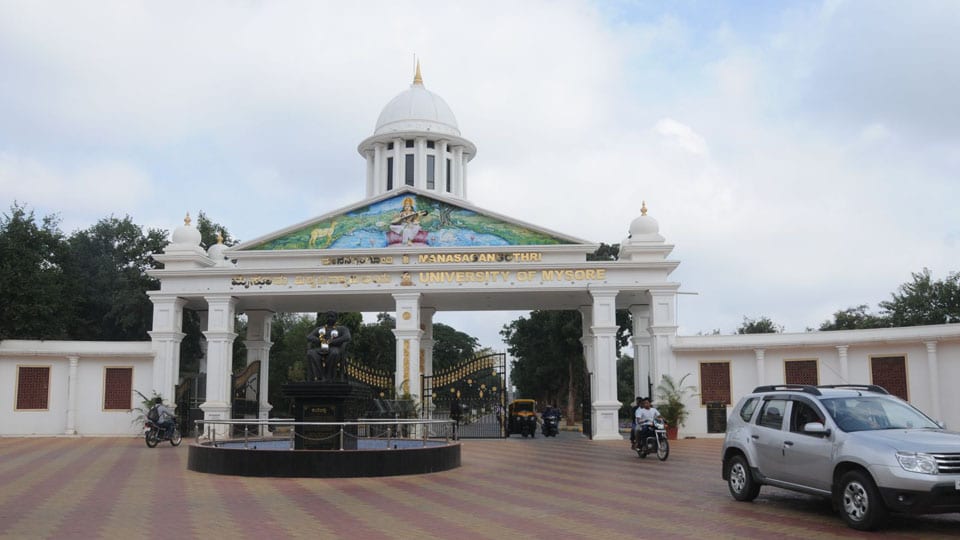 Private vehicles to be banned inside Gangothri Campus

Mysuru: Alarmed by increased vehicular movement inside its campus that is disturbing the academic atmosphere, the University of Mysore has decided to ban the entry of private vehicles on all the roads criss-crossing Manasagangothri.

The issue has been discussed at the Syndicate meeting held recently and modalities of the ban implementation are being worked out. “We will look into the pros and cons of the ban and will also discuss the guidelines, some of it that have already been debated and agreed upon by the Syndicate members,” said University Registrar D. Bharathi.

Speaking to Star of Mysore this morning, Bharathi said that more than Manasagangothri students, scholars, officials and students, the public was using the road often. “This is causing disturbance to academic atmosphere where students are distracted. We will issue passes and stickers for all the university fraternity and only they will be allowed entry,” she said.

For guests and visitors who come to the campus to participate at various events, special arrangement will be made for authorised entry, she added.

Once the ban is enforced, valid users have to paste the sticker on their vehicles and the guards at the four gates will check the documents before allowing entry. “We will follow the Vidhana Soudha model in Bengaluru where only people who have valid passes on them and their vehicles are allowed inside. This will also ensure the safety of students who are now exposed to increased vehicular movement,” she said. 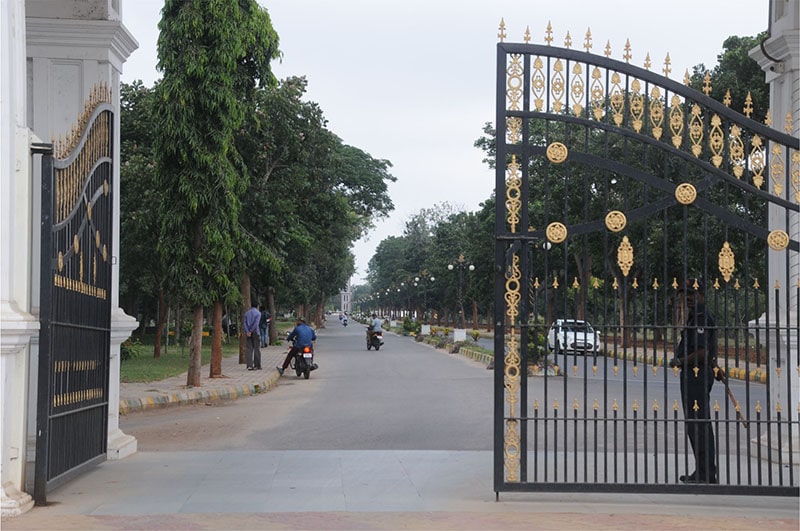 Over 3,000 people including students, staff and administrative faculty enter through the four gates of the university – opposite SJCE, Open Air Theatre road (two gates – one next to Open Air Theatre and the other opposite Senate Bhavan) and the main gate on Bogadi Road that has a statue of Rashtrakavi Kuvempu.

“This has become a public nuisance and commuters also use our roads to avoid Traffic Police checking at Paduvarahalli and Hunsur Road. Some of the vehicles honk unnecessarily, disturbing the serene campus,” Bharathi said.

The rule,  however, will not apply to KSRTC buses that usually ply inside the campus. “We will coordinate with the Police Department for the implementation of the rule which is likely to be enforced in a month,” she said.

The University, as part of its Centenary Celebrations, had constructed the four gates to avoid misuse of the campus by outsiders. At present, the campus is accessible to all and the main gates are closed only in the evening. Once the rule comes into force, every vehicle will be checked and only those sporting valid passes will be allowed entry,” Bharathi said.