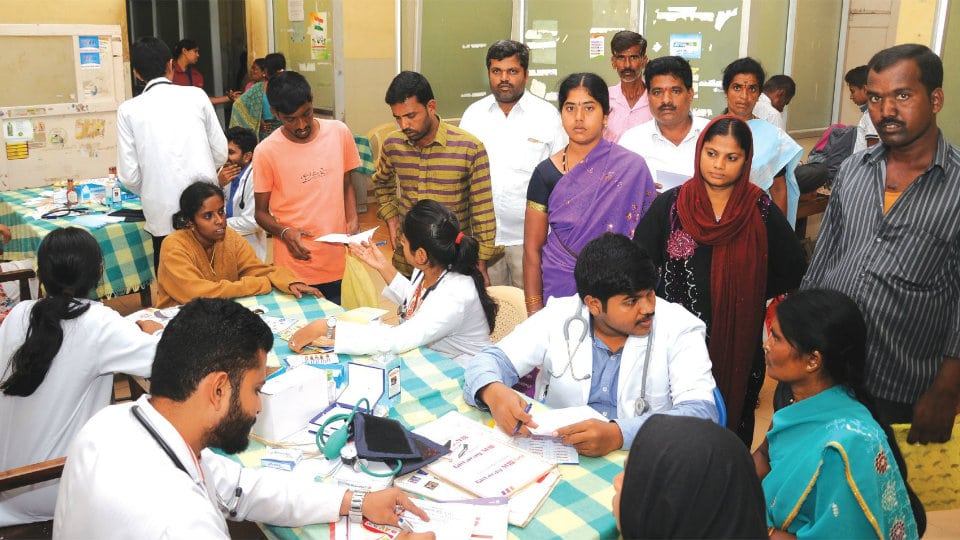 The nation finds itself in a whirlpool of problems, bugging not only those in charge of managing the house but also its inmates as it were, that is the mass expanding on any time scale one chooses. If demographers tell us that the headcount at any point of time gets added to the existing mass as so many every minute or hour, their observation based on reasoning and carried by the media, hardly anyone is seen alarmed. Whoever takes notice of the population figures, expressed in lakh, million, billion, often sidelining the upward rise in those figures, are taking the feature as fait accompli. Economists of all hues take fascination to explain that the dividends of all the progress being made on one hand are diluted by their share among the masses and expressed as per capita on the other hand. Putting their two hands together, takes us to the world of many all-too-familiar problems, both created and suffered by different sections of the currently estimated headcount 1.35 billion (135 crore), notably haves and have-nots. The former fraternity are managing their house with reasonable comfort only leaving the rest red-faced.

The script-writers of the nation’s Constitution, taking note of the hardship experienced by the majority in the population, attributed to societal events over many centuries past, have laid down the road map to correct the anomaly. The measure of favouring the deprived sections, which doesn’t need to be gone into in detail, has proved to be quick-fix solution and doesn’t seem to be seeing the day of ending the measure, while the problems have become only more complex.

In the context of the just-ended dialogue between the top brass in the Karnataka Government and the doctor-body over the former’s proposed measure to rein in the privately-managed hospitals in the State, the government, particularly at the Centre, has been portrayed as shedding crocodile tears as it were, in public domain. The private managements of hospitals cannot be denied credit for creating infrastructure and also service in cities such as Mysuru at enormous cost without which people seeking medical attention elsewhere would have to face more hardship and expenses. It is here that the government can join hands with private sector and ease the hardship of the suffering public a great deal.

In a hard-hitting editorial, Lancet, the world’s leading medical journal, in its issue last week, has remarked that the incumbent government’s pledge to marginally increase health care spending to 2.5 percent of the GDP has not gone down well with health specialists. The remaining problems bugging the nation and its people have left them tears nobody can wipe.