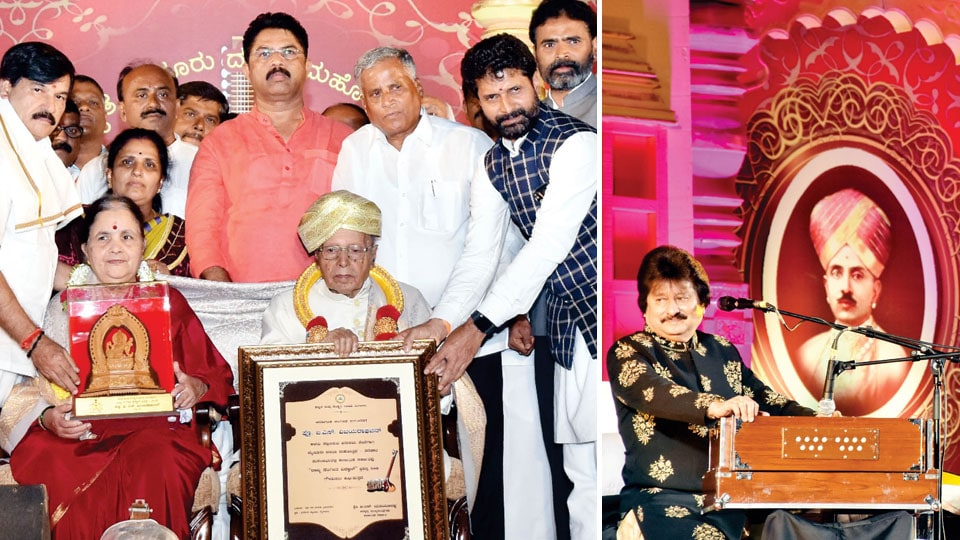 Speaking on the occasion, Ravi said that Dasara stands testimony to cultural richness and civilisation. Maintaining that India stands at the top in cultural richness, he said that at the same time our country does not lag behind in modernisation.

District Minister V. Somanna said that arts and history are indicators of a nation’s cultural richness. Stressing on the need for spreading the glorious legacy of Dasara to the entire nation, Somanna observed that the cultural programme was going to be a feast for music lovers.

KR MLA S.A. Ramdas, who presided, said that the erstwhile Mysore Maharajas inspired many musicians of their times.

Recalling the contribution of Maharajas in the promotion of music, Ramdas said that marking Jayachamaraja Wadiyar’s birth centenary celebrations, a Dawn-to-Dusk Music and Culture Programme (6 am to 6 pm) will be held on Oct.8, in which 800 artistes are expected to take part.

He called upon everyone to make the event a grand success, as a fitting tribute to Jayachamaraja Wadiyar.

Vid. B.S. Vijayaraghavan-Jayalakshmi couple were felicitated on the occasion.

Earlier, Revenue Minister R. Ashoka inaugurated the nine-day Dasara Cultural Programmes in the Palace premises by lighting the lamp. On the inaugural day, Vidu. Dr. Radhika Nandakumar and team presented a dance-drama based on the work of Jayachamaraja Wadiyar.