Home » News » Proposal to set up AIISH Clinical Units in all Govt. Hospitals 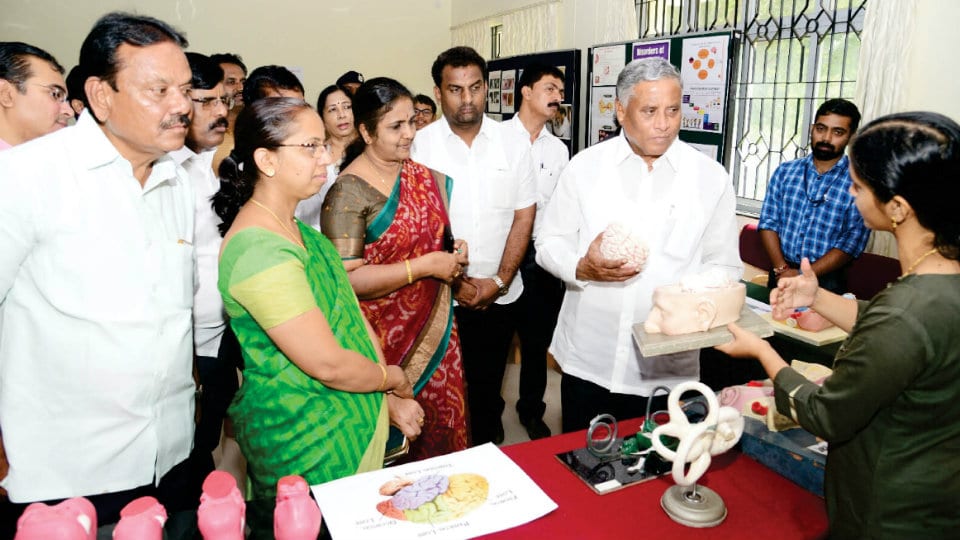 Proposal to set up AIISH Clinical Units in all Govt. Hospitals

Mysuru:  District Minister V. Somanna hinted at a proposal to set up Clinical Units of All India Institute of Speech and Hearing (AIISH) at all Government Hospitals and Medical Colleges in the State.

He was speaking at the two-day ‘Open Day’ celebrations organised by AIISH at the Knowledge Park here this morning and said that as the kind of work an institute like AIISH is doing treating specially-abled children is very laudable, hence, it called for setting up of clinical units in all Government Hospitals and Medical Colleges in the State so that the treatments are available to the needy. If small units in every hospital with hearing aids and other auditory equipment as also speech therapies are done, it would go a long way in addressing such issues at the local level as everyone cannot come to AIISH from different parts of the State, he said. Hence, he asked Prof. M. Pushpavathi, Director, AIISH, to prepare a proposal of setting up clinical units in every State Hospital and submit it to the Government so that he could take up the issue and see that it is implemented.

Asking AIISH to come out with more proposals, he said that whatever requirement the Institute needs, if it is routed through the MP or written to him directly, he would take it up and see that they are implemented.

Earlier, the District Minister went around the exhibition organised as part of the ‘Open Day’ where various Departments like Telecommunications for Persons with Communication Disorders, Department of Special Education and Special Training in Early Child, Augmentative and Alternative Communication, Rehabilitation of Communication Disorder, Disorder for Speech and Language have set up equipment and other things.

Prof. Pushpavathi explained in detail about the kind of work and the function that the Institute is doing to the Minister.  AIISH Gymkhana Vice- President Dr. N. Sridevi, Zilla Panchayat CEO K. Jyothi and others were present.

Open Day events were inaugurated yesterday and today it concludes. Nearly 500 students and staff of the Institute participated.