Home » Feature Articles » Pt. Rajeev Taranath: A Sarod Maestro and a Legend in our times-1 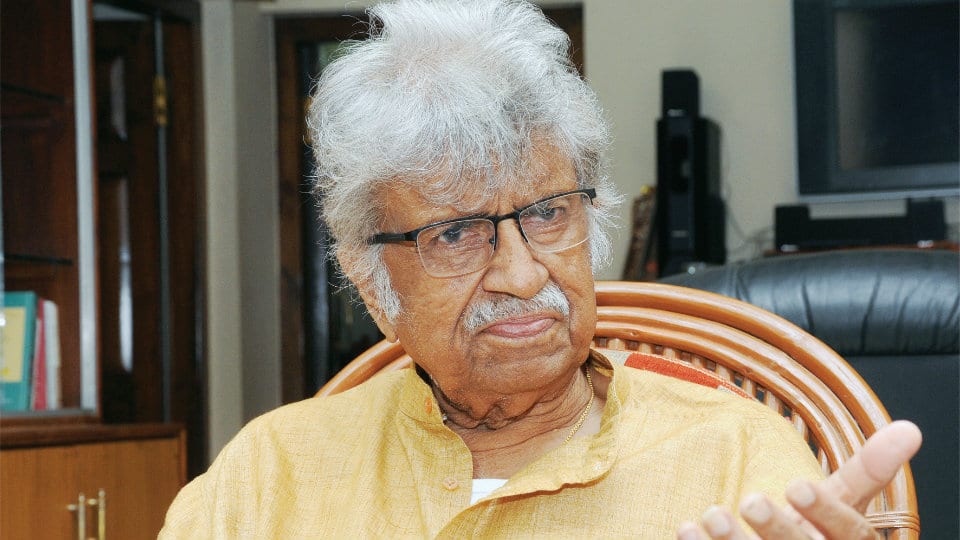 Pt. Rajeev Taranath: A Sarod Maestro and a Legend in our times-1

There is a saying: “Child Prodigy, Adult Tragedy.” Very few child prodigies go on to become legends. However, there is one legend amidst us today — octogenarian Sarod Maestro Pandit Rajeev Taranath. He is a person who has straddled the two worlds of academics and music with equal élan. But it is through his music, as a performer and teacher that he has won the hearts and minds of people all over the world.

In this very candid and exclusive interview at his residence in Saraswathipuram to Star of Mysore Features Editor N. Niranjan Nikam, the polyglot, Pandit Taranath, who turns 85 today, in his impeccable English and with a subtle sense of humour, talks about his legendary parents, childhood, his Mysuru connections and the challenges of a performing artiste. Excerpts.—Ed

Star of Mysore (SOM): Sir, you are turning 85 today (17th October) and your birthday is being celebrated with you performing at Rangayana. What drives you to perform even now?

Pandit Rajeev Taranath: That’s right, there are two reasons — one is Music is my Guru and my God also. Late Ustad Ali Akbar Khan created music and I think it is my duty and pleasure to continue to perform. The second thing is, it is my profession and I need money to get along in this rather curious life. I am unemployed so to say; I earn money and it is a curious combination. They are supposed to honour me and, of course, show me their love. But curiously I am playing there; you know which is a bit unusual. Normally, it is someone else playing or singing, whatever; for me it is a pleasure to play.

SOM: Today’s kids are supposed to be very intelligent and one example is the way they handle cell phones with ease. But you yourself before you knew how to read could put any record on the gramophone and know what is in it. In fact, you were considered a child prodigy. Tell us about it.

Pandit Rajeev Taranath: All human beings, what shall I say, have compensation mechanisms — if you cannot read you do something else.

SOM: You do something else?

When I was a child we had a whole lot of records. My father Pandit Taranath brought me up on a music diet of Ustad Abdul Karim Khan, a great man, a singer in the 1930s and a Palace musician in Mysore, although he did not stay here, he would come and go. So I was brought up on a diet of his records. Very curiously again, the final record, which my father got me, came from Bombay I think, and  it had broken in half.

Pandit Rajeev Taranath: By then the newspaper also came carrying the news of his death.

If I might share the experience, much later, when I went to play in Bombay, there somebody showed me the newspaper cutting that man had preserved; it was at that time, Ustad was travelling from Madras to Pondicherry and it was the fashion those days to travel with disciples. He was travelling by train and it stopped at Villupuram Junction. He got down from the train, asked his disciples to get down too and spread the carpet on the platform, tuned the tanpura, started singing and died singing!

Pandit Rajeev Taranath: Yes, most probably he knew that he was going to die, which is why he got down and tuned the tanpura. Otherwise you don’t do that. You do not get down in some station and start singing. But this is a unique kind of scene, which I would associate with saints. 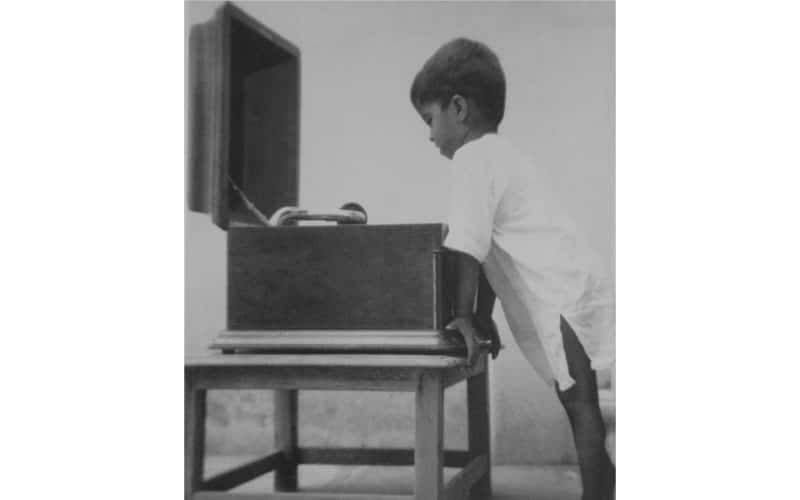 Rajeev Taranath as a two-and-a-half-year-old looking at the gramophone.

SOM: But you as a child prodigy? You have to relate to that.

Pandit Rajeev Taranath: I don’t like the word prodigy, unusual may be. Given that all of us as children are put into certain slots of growing. Normally, you listen to your parents, eat the food that they give and they plan your life for you. By the time you think you are on your own, your life has already been planned and you are into it, like going to school and college, things you do and don’t. That was different in my life, perhaps being in a much stricter environment. I never went to school. I had home schooling. I went straight to college. I did my Senior Cambridge, which my mother told me to do.

My mother Sumati Bai was an extraordinary woman. She had friends like Kamaladevi Chattopadhyay, Sarojini Naidu and Dr. Muthulakshmi Reddy. She wrote beautifully and spoke even more beautifully. When she spoke in English, she could hold 400 people spell-bound; that was her first language, her mother-tongue was Tamil.

I was brought up at home more or less in a shed and I was my father’s son and my mother was a distant kind of presence. She would be shouting at me to drink milk or to eat the fruit. Whereas, my father, he died, when I was ten. Now, it seems to me that my father knew he was going to die. He loaded me with music; he tried to teach me Kannada, History, Geography and all that. 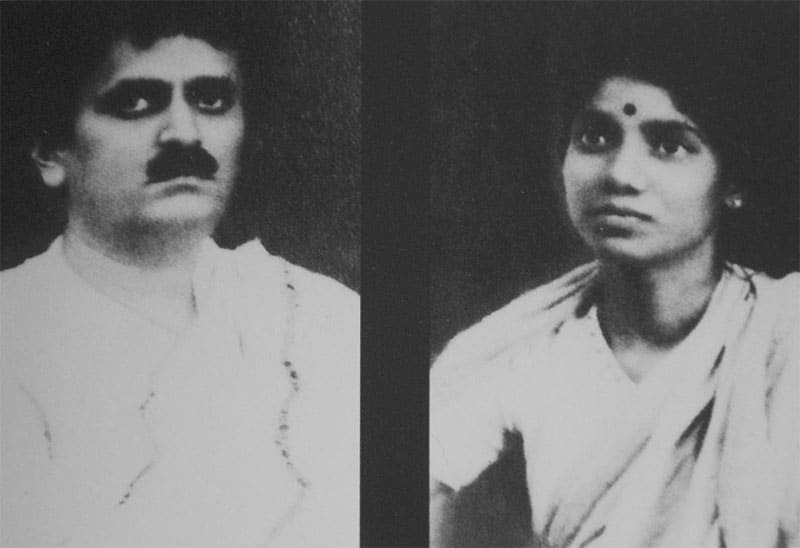 SOM: You said your father trained you in languages?

Pandit Rajeev Taranath: Including Urdu, many Indian languages, even Sanskrit.

SOM: What about your mother?

Pandit Rajeev Taranath: Well, my mother trained me in English as an optional subject. She trained me for Senior Cambridge examination. One of the reasons that I took that examination was to avoid Arithmetic. Well, in matriculation they have Elementary Arithmetic and if I had to do that I would still be at school. But, there was a scheme where I could take my Senior Cambridge, the only compulsory subject there was English, and well I was good in English. I took English optional, as one more paper and I remember for English optional at that time we had Shakespeare’s Macbeth, John Greatwaters’ Abraham Lincoln and Robert Louis Stevenson’s Kidnapped. The standards were very high.  I also took subjects like painting and drawing.

SOM: You also talked about the Bible?

Pandit Rajeev Taranath: Bible – New Testament. There was a tradition of Bible in my mother’s family. My mother and grandfather were very good students of the Bible and both had done the Paternoster examination, which qualified them to teach Bible in Church.

SOM: Were they Christians?

Pandit Rajeev Taranath: No, they were not.

4 COMMENTS ON THIS POST To “Pt. Rajeev Taranath: A Sarod Maestro and a Legend in our times-1”