Home » Feature Articles » Pt. Rajeev Taranath: A Sarod Maestro and a Legend in our times-3 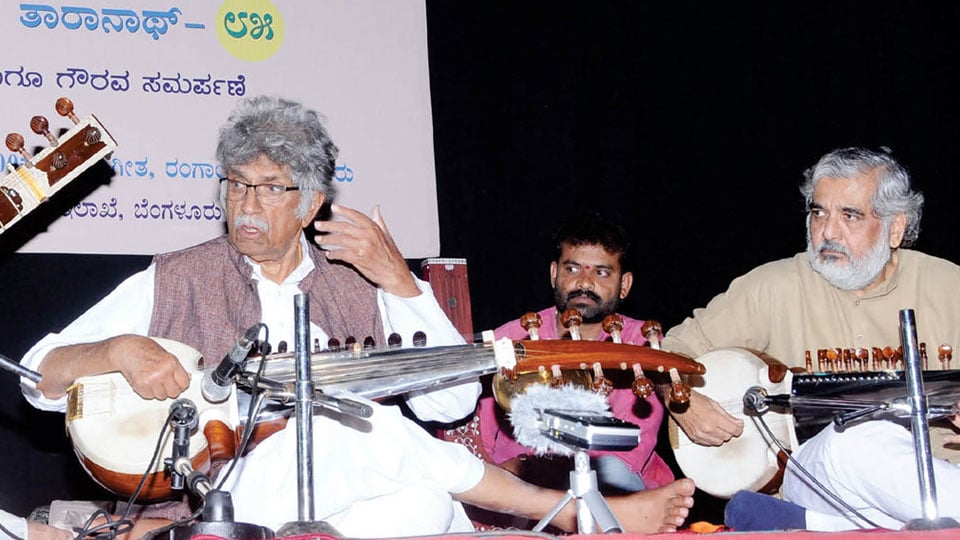 Pt. Rajeev Taranath: A Sarod Maestro and a Legend in our times-3

Star of Mysore (SOM): After a long time, you are celebrating your birthday in Mysuru because at this time you would be away on teaching and performing assignments in the US. What is it like to teach and perform there?

Pandit Rajeev Taranath: Well, it is mainly performing and then teaching; the kind of culture I work with in America takes its accountability much more seriously than we take. Inevitably you work with a certain class of people anywhere right, depending on the skill you have to offer. In that context I am talking of accountability. We are much too glib here. Let me simplify it a bit, a little personal. We have two tremendous tasks in India, one is cooking and the other is music. How many of us have the ear for music? Cooking survives because of illiterate mothers or mothers-in-law teach their daughters and so on. Literacy finishes our music and we are not able to take it seriously. Our musicians are illiterates or semi-literates, they don’t bother. Arre Ph.D karke aaye ho,  kya double MA kiya tumne. They will just tell you, bajake bathao, we don’t do it.  Ustad Ali Akbar Khan opened a college, he did not find the kind of support he needs. He had a large family.

When you go there and perform they are listening to you much more seriously than in India, although we are more equipped to listen. Suruchi is a lovely word. Someone in the front row one day asked me yenu nammanna marethu bitra? In the front row there is no suruchi; whoever has inwardness has suruch.

But today you see when concerts happen people come and sit in the front row and when a big man leaves, a whole bunch of people leave the concert hall. When the musician is performing the members of the audience keep talking to each other — ‘Long time no see,’ in our own Shakespearean English!

In the US they pay well, money is good and even their contracts are good, very clear and done. Here when people see you they run away and bargain a lot. Iden badnekaina?

Master stroke: Pt. Rajeev Taranath is seen performing during his 85th birthday celebration held at Bhoomigeeta in Rangayana on Oct. 17.

SOM: I am sure you have led a very colourful life. But nothing of it is reflected anywhere so far in any of your interviews or even in the Wikipedia that carries details about your life and awards. There is nothing personal about you there. I ask this because you have always been very outspoken.

Pandit Rajeev Taranath: Well I wish I had. I don’t know whether I have led a very colourful life. I have led a different kind of life and the happiness and sadness of that life is also different. Soon I am going to be 85. I do not have a big bank balance and I have to earn. I know people who have great bank balance, big houses and it is different kind of life. Well I was there too; I gave it all up and came here.

I have to get up early in the morning and practice. You have to do it. If you cannot practice then it does not qualify you to teach. For example, people do not know English but still they teach English. They make great money sitting wherever they are, whereas I have to struggle hard to make money. So it is different.

SOM: You are very fond of Jawaharlal Nehru, the first Prime Minister of India. But there is consistent effort today to erase him from the memory of the country. Your comments…

Pandit Rajeev Taranath: I admire him a lot. Well, I would not like to comment, we live in different kind of times.  You know Mysore history, Bangalore history? You know what happens to people who comment? Mein Kampf would be a Bhagavad Gita for them. 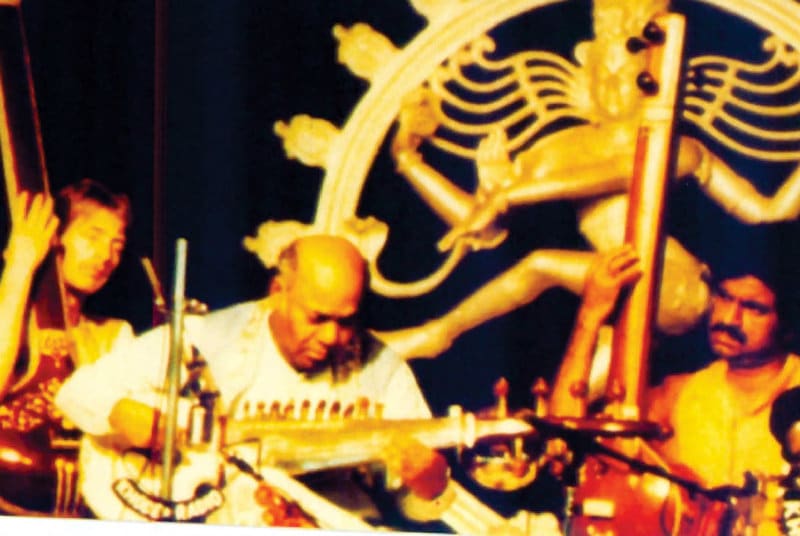 SOM: You have had rave reviews about your performances all over the world including in newspapers like New York Times. What is your opinion about music critics?

Pandit Rajeev Taranath: One or two seemed to be involved. There is another class who are very enthusiastic about nothing and the third group know nothing at all but they are recognised as critics and that is it.

Well, you cannot say much about critics. They do not have experience in Western countries when they write about Indian music. Once a great musician from our country performed in America long time ago and New York Times carried the news and the critic wrote that the music sounded like cats fighting. R. K. Narayan mentions this with glee in one of his books. The same people became ecstatic about the same musician later. By then they had understood his music.

SOM: You came to music through Guru-Sishya Parampara. Karnataka State Dr. Gangubai Hangal Music and Performing Arts University has been set up in Mysuru. Do you think such Universities serve the purpose it is meant for?

Pandit Rajeev Taranath: I don’t like those words. I don’t want to be unfair to anybody or I hope I am not prejudiced, but the kind of activity that is going on there is not favourable to any kind of serious music, teaching or learning. It might have other uses, but it certainly will not produce competent performers.

SOM: Sir, at 10 you lost your father and at 20 your mother. But at 85 you still have many bhakts at your feet. Even a person like me who does not understand music feels like listening to you, as I find it very elevating. How has the journey been so far?

Pandit Rajeev Taranath: I have already told you something about the journey.

SOM: Please sum it up.

Pandit Rajeev Taranath: At 85, when you have a birthday, the birthdays are alarming (laughs). No more froth and dance. You are approaching another stage because you don’t know it could be dangerous or elusive. The great unknown.