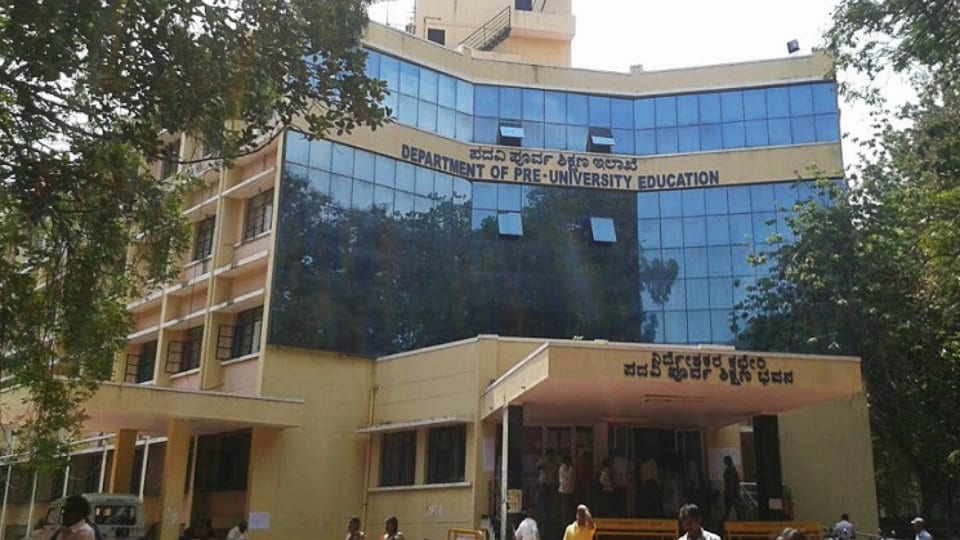 Bengaluru:  The idea of cutting down summer holidays for PU Colleges in the State by the Department of Pre-University Education (DPUE) has not gone down well with the PU teachers, who have threatened to boycott classes, if the PU academic year begins from May 2.

The calendar of events published by the DPUE said that the classes for first year PU will begin on May 14 and for second year PU students on May 2.

The reason given was that the academic year for first year PU students had ended in February itself and hence it would help in better academic preparation. However, the Lecturers Association has objected to the new schedule.

According to them, they were working on the second PU exams till Mar.18 and they were involved in evaluation work. Besides, supplementary examination for PU first year students will be held from Apr.16 to 28. Evaluation will be completed and results announced by May 2, they said in a statement.

The Association also says that Dasara vacation in 2017 was also cut short and special classes were held during the break.

The lecturers said that it is their right to get a total of three months leave, combining Dasara holidays and summer vacation.

The statement said that the Government should either declare the PU Department as a Non-vocational Department or the schedule should be withdrawn. Otherwise, they threatened to boycott the classes beginning on May 2.

The DPUE said that it had forwarded the proposal to Finance Department as it had no objection to convert the PU Department to Non-vocational Department.

DPUE Director C. Shikha said that even with the new schedule, lecturers will be getting 45 days leave. “Since evaluation is part of the lecturers’ duty, it is counted in the vacation and they are paid extra honorarium.”