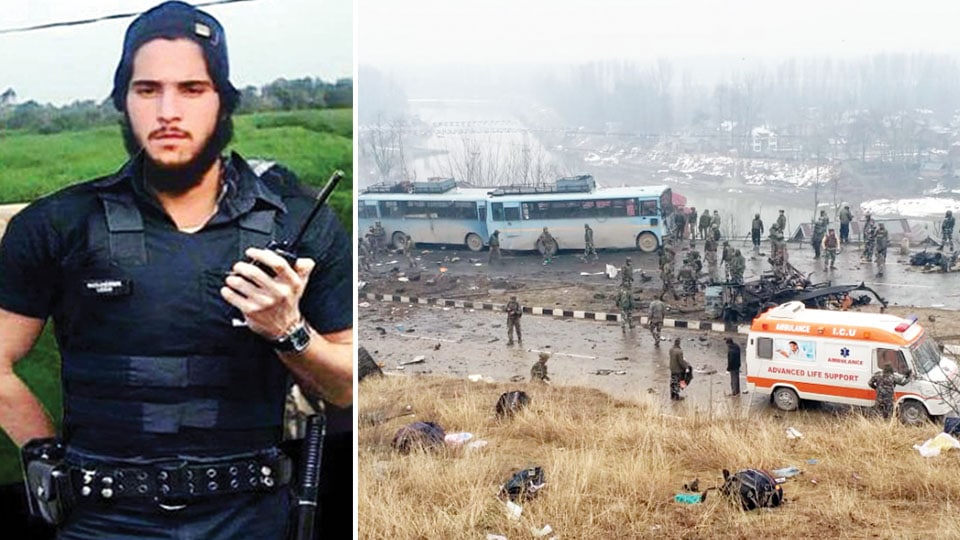 Ghazi Rasheed was the mastermind of the Pulwama terror attack which took place on Feb.14 where 44 CRPF soldiers were killed. He was cornered by Security Forces along with two more terrorists at Pinglan in an encounter that started in the wee hours this morning.

A joint team of Indian Army’s 55 Rashtriya Rifles, CRPF and Special Operation Group launched a cordon in the wee hours. A Police officer said that the cordon was laid in the area following credible inputs about the presence of some militants.

Kamran and a local militant named Hilal were killed in the gunfight. Another terrorist is still trapped, sources said. The forces were conducting searches, the militants fired upon them, triggering a gun battle. Four soldiers including an officer belonging to the 55 Rashtriya Rifles were also killed in the encounter.

The firing resumed around 9 am as the forces assessed that two or three Jaish terrorists were still hiding in the area. Personnel of the 55 Rashtriya Rifles, two battalions of the CRPF and the Special Operation Group of the Jammu and Kashmir Police were involved in the encounter. Two soldiers have been injured.

Ghazi had a narrow escape during an encounter which took place days before the vehicle-borne IED (Improvised Explosive Device) attack on CRPF convoy. Ghazi was an Afghan war veteran and an IED specialist.

Ghazi was one of the closest and most trusted aide of Jaish-e-Mohammed chief Maulana Masood Azhar. He was believed to be in his mid thirties and joined Jaish more than a decade ago. He had been trained in warfare techniques and IED preparation by the Taliban and was known to be one of the finest hands of Jaish.

ATTACK WAS PLANNED FOR FEB.9

Ghazi was sent to the Valley after security forced killed Masood Azhar’s nephew, Usman, who was a highly trained sniper. Soon after his killing, Jaish-e-Mohammed released a statement vowing to seek revenge.

Azhar had already been seething for revenge after the death of his first nephew Talha Rasheed who was killed in 2017. Azhar sent Ghazi and two other top commanders to the Valley in the first week of December   who then began to give final shape of a deadly plan which was to be executed around Feb. 9, the death anniversary of Parliament attack mastermind Afzal Guru. However, the militants could not execute the attack due to heavy presence of security forces.