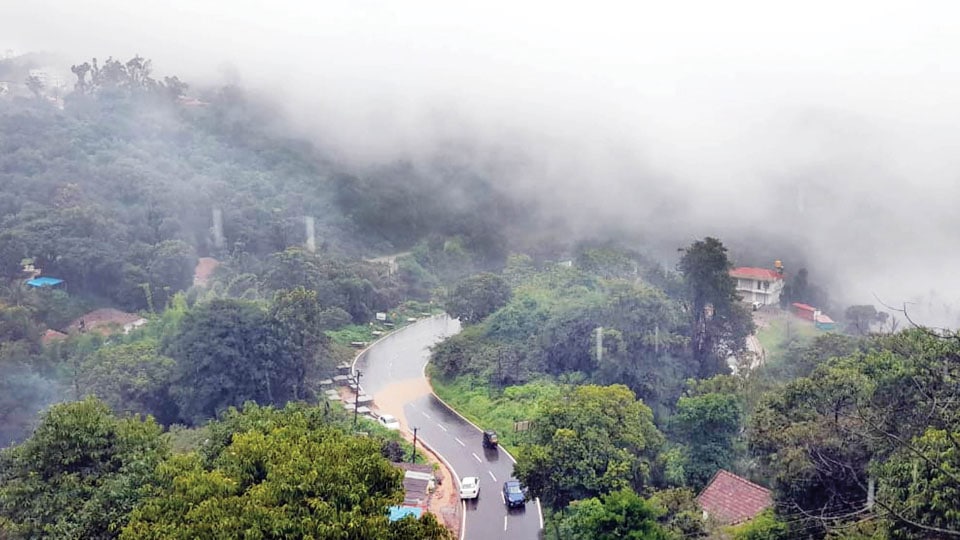 Earthquake Monitoring Centre with hi-tech equipment to come up at a cost of Rs. 30 lakh

Kushalnagar: After a series of earthquakes hitting parts of Kodagu district, especially Madikeri Taluk which witnessed large-scale floods and landslides in 2017 and 2018, a team from Karnataka State Natural Disaster Monitoring Centre (KSNDMC) from Bengaluru is camping in the district to study the tremor patterns.

After an earthquake measuring 3.0 on the Richter Scale shook parts of Madikeri Taluk and the areas bordering Dakshina Kannada at 7.45 am yesterday, another quake with 1.8 magnitude hit the same place at 4.32 pm and like in the morning quake, the epicentre was at 5.8 km northwest of M. Chembu Gram Panchayat.

The evening tremors were felt at Karike, Sampaje and parts of Sullia Taluk of Dakshina Kannada. Yesterday’s two quakes were preceded by two more quakes, the first on June 23 (measuring 3.4 on the Richter Scale) and the second that was reported on June 26 with a magnitude of 2.3 on the Richter Scale.

The KSNDMC team has come to Kodagu with instrumentation and radiation measuring equipment for analysis and to figure out how the data can be used to calculate the true ground motion. Instrumentation will enable the team to quantify salient properties such as focal depth, magnitude, active ground faults and source characteristics.

Report to be submitted to DC

Kodagu Deputy Commissioner Dr. B.S. Satish told Star of Mysore that the team will visit the quake epicentres like M. Chembu and Karike villages and study the data. “The team will study the patterns and will submit a report and the people will be informed accordingly and there is no reason for panic. There is a proposal to set up a Monitoring Centre in Kodagu looking at the frequency of the quakes,” he said.

While the Broadband Seismometer is capable of sensing ground motions over a wide range of frequencies, the Strong Motion Axelograph will monitor the response of a structure during an earthquake, whether it is a building, bridge, dam, power station, or any other critical infrastructure that could be affected by a large earthquake, sources added.