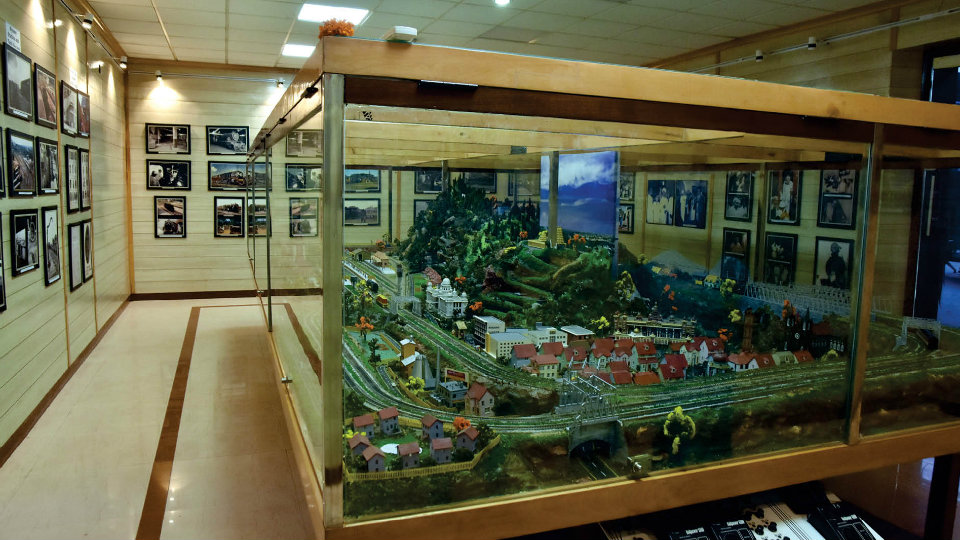 Public have to buy platform tickets to view the Gallery on Platform No. 1

Mysuru: The eye-catching Rail-Road Heritage Gallery at Platform No. 1 of the City Railway Station has come in for public criticism as it is not open for general public but meant exclusively for train passengers. If anyone wants to see the Heritage Gallery, they will have to buy platform tickets for Rs. 10 and go around the Gallery.

The Gallery was inaugurated last week and traces the evolution of Railways in Mysuru region through rare photographs from 1822 to 1950s and showcases the visits of dignitaries in yesteryears to Mysuru, including Mahatma Gandhi, former President Dr. S. Radhakrishnan, India’s first Prime Minster Jawaharlal Nehru and also the current Prime Minister Narendra Modi with Train 18.

There is no entry fee and all passengers waiting in the Railway Station can have a glimpse of the unique Gallery. But here is a catch. The Gallery is not open for public. Criticising this, the public have expressed their displeasure. “If the Gallery is exclusive for passengers, then what is the use? It must be open to all. Now, we should buy platform tickets to view this Gallery. I dread to stand in the long queue to buy platform tickets to see the Gallery,” said Rajendra, who is a regular at the Railway Station on some errand or the other.

Others said that people shy away from standing in a queue to buy tickets for famous Palaces and Art Galleries. “In this situation, who will buy platform tickets just to see the Rail-Road Heritage Gallery? The Railways must make the Station public-friendly and devise a mechanism for the public to see the Gallery,” said a passenger. Not opening it for public defeats the whole purpose of the Gallery, he added.

The Gallery has depicted the diorama of rail-road featuring the iconic Mysuru Railway Station and other places of tourist importance and there is a section on Bollywood’s romance with Railways where pictures of Bollywood celebrities from Dev Anand to Amitabh Bachchan to Shah Rukh Khan on trains have been captured. “The concept is good but it is sad that only train passengers have the exclusive rights to see the unique Gallery,” said Pushpa, a resident of Gayathripuram.

The common public opinion is that a separate queue must be designated for the public to buy tickets for the Gallery instead of them crowding the platform ticket counter. “In addition to the perpetual heavy rush for regular tickets especially when a train is about to leave, it will be a nuisance if there are people in the line who just want to buy platform tickets to see the Gallery,” said Ramakrishna, a resident of Yadavagiri.

He added that a separate gate outside the Railway Station entrance can be created and publicity material on the Gallery can be displayed so that whoever is interested in seeing the Gallery can purchase a platform ticket there itself and see the displays inside. This will avoid rush in ticket counters and also it will provide the public a chance to see the interesting Gallery. I am sure that this will be a huge hit during Dasara as the tourist flow to Mysuru is high, he said and suggested the Railways to install an automatic ticket vending machine.

“Other public who are not train travellers must purchase platform tickets to see the Gallery. This is meant for passengers to spend their time in a meaningful way at Railway Station,” said an official.

The official said that an ‘Opinion Book’ has been kept in the Gallery, in which public can write their opinion and also give suggestions which will be eventually looked into.