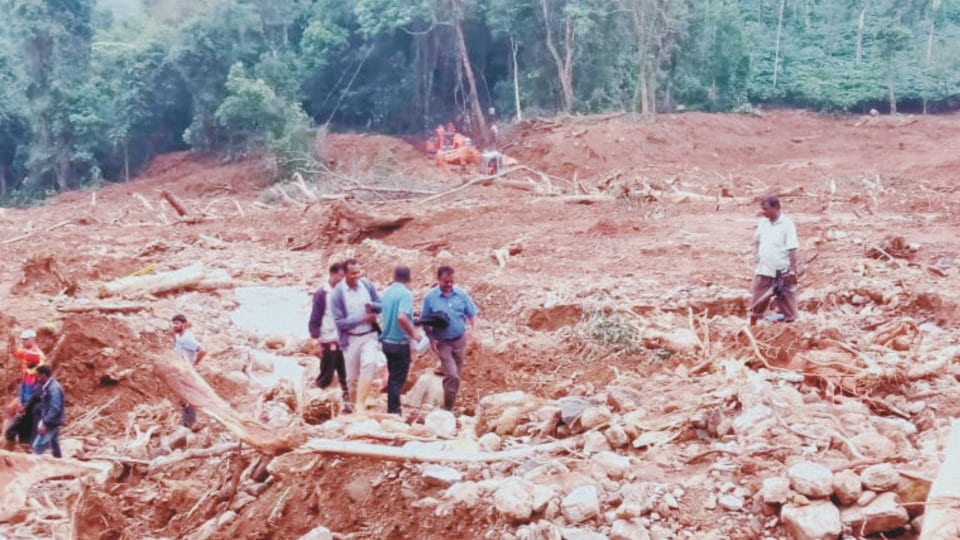 Bengaluru: The disaster caused in Kodagu due to landslides, floods and cloudbursts will further aggravate if the Governments implement the proposed Railway and Highway projects in the district. The projects will spell doom for the ecologically fragile district, warns a new study by the Indian Institute of Science (IISc.) Bengaluru.

The study has been conducted by Dr. T.V. Ramachandra, Setturu Bharath and S. Vinay and they have recommended that the proposed Railway lines and Highway expansion projects be withdrawn.

Dr.  Ramachandra is the Co-ordinator, Energy and Wetlands Research Group (EWRG), Centre for Ecological Sciences, at the IISc.

At present, there are proposals of Railway lines to connect Thalassery and Mysuru and Mysuru and Mangaluru via  Kushalnagar. In addition, there are a couple of Highway projects connecting Kerala and Mysuru via Kodagu and Hassan and Mysuru making the hilly  district a junction for Railways and Highways.

The study ‘Visualisation of impacts due to the proposed developmental projects in the ecologically fragile regions of Kodagu district’ will be published in ‘Progress in Disaster Science’ Journal. It says that over 66,892 hectares of pristine forest cover was lost due to un-interrupted exploitation. Kushalnagar and Madikeri taluks have lost the major chunk of forests due to construction of roads, Home Stays and villas.

A lifeline of Karnataka

“Kodagu forests sustain water and forms lifeline for Karnataka, Tamil Nadu and Kerala. Drastic land use changes will threaten the water security and people’s livelihood. The region is part of the central Western Ghats with the exceptional biodiversity. The expansion or new construction would result in irreversible ecological degradation,”  the report says.

“The recent floods and landslides are certainly a warning to the decision makers of likely implications with the drastic changes in the land cover eroding the native forest ecosystems. Further interventions will worsen the ecology and hydrology as well as livelihood with the increase in the instances of human induced calamities — landslides, mudslides, floods, droughts, etc.” the study mentions.

Projects such as major roads and Railway lines should not be allowed, even if they are essential from the perspective of highly influential section of society. The region is intrinsically fragile with steep slopes and sharp gradients and small disturbances will lead to catastrophe. Deforestation needs to be arrested immediately, the scientists mentioned.

Speaking to Star of Mysore, Dr. Ramachandra said that deforestation process in the district was evident from the loss of forest cover from 40% (1973) to 24% (2018). Kodagu landscape is ecologically fragile and need to maintain the structure of the landscape to ensure its capability, ecological functions including structural stability.

“The present status of forests are fragmented and dominated by monoculture plantations and buildings (resorts). Due to changes in the climate with global warming, there have been changes in the climatic regime evident from high intensity rainfall, which means higher rainfall in short duration. Also, the removal of vegetation of native species has eroded the landscape,” he explained.

Ecologically fragile regions such as Kodagu must be protected and ensured landscape is covered with native species vegetation. Changes in the landscape structure (either removal of forests or construction activities along the natural water movement paths through stream network) has led to the large scale land slips, mud slides with poor people losing their life and property at the cost of loss of native forests, which are being removed by mafia (land, timber, etc. in the region) under the guise of development,” he added.

2 COMMENTS ON THIS POST To “Railway, Highway Projects to spell doom for Kodagu”