Home » Voice of The Reader » Rainfall in Kodagu: Misquoted facts and ill-conceived thoughts 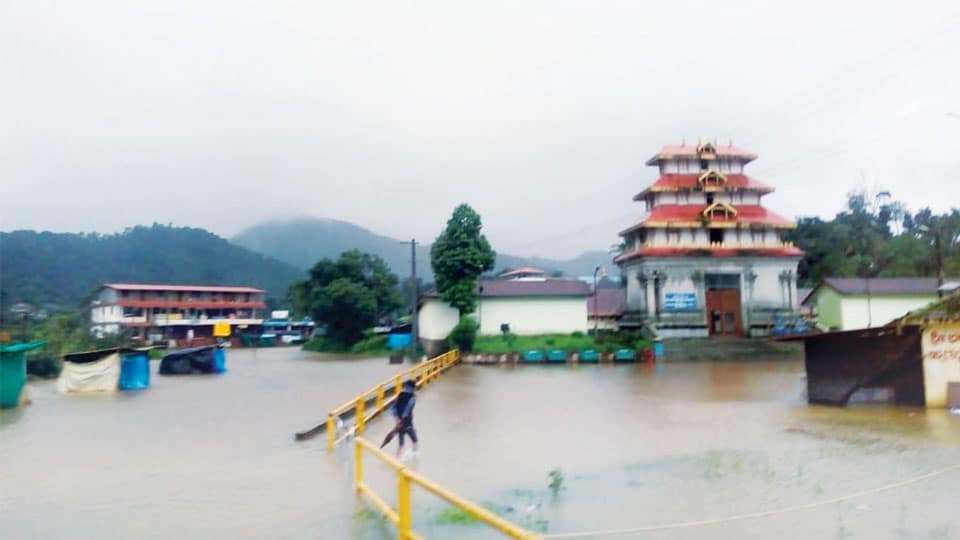 Rainfall records of Bhagamandala are available since 1901. The National Institute of Engineering (NIE), Mysuru, may be credited with having used these records very effectively — many of our students, including a Ph.D. candidate, have analysed them for learning about the behaviour of rainfall in the region. NIE also has the distinction of using rainfall data from its own rain gauge at Talacauvery and of maintaining gauges at many remote places in Kodagu during the last one decade.

It has been claimed that, of late, “larger rainfall is happening in fewer days, leading to disasters, due to climate change.” But, records have a completely different story to tell. The highest one day rainfall for 2020, according to the article in SOM dated Aug. 10 is 38.8 cm and it was 40 cm in 2019 (there is discrepancies galore in the data being circulated this year — according to KSNDMC the maximum this year is 15.3 cm and according to CWC it is 48 cm).

Interestingly, one day rainfall has been greater than 39 cm in Bhagamandala 15 times in the period 1901-97 and has been over 50 cm six times in the century. The highest 3-day maximum recorded in the 21st century is 83.7 cm (in 2007), which has been exceeded during 10 years in the 20th century. Similar or more severe is the case with other extremes. The severest rainfall that has ever been recorded in Bhagamandala pertains to 1924. The 1-day, 2-day, 3-day and 10-day extremes during the year were 84.2, 138.2, 181.7 and 377.7 cm respectively. No strange this year has seen the greatest floods ever known in the history of River Cauvery and the State of Kerala. It is claimed that rainfall has changed pattern by shifting the peaks to August from July.

The statistics above establish that some of the observations in the said articles are misquoted facts and that the claims by Prof. T.V. Ramachandra (as reported) of IISc. regarding the effects of climate change are grossly ill-conceived thoughts.