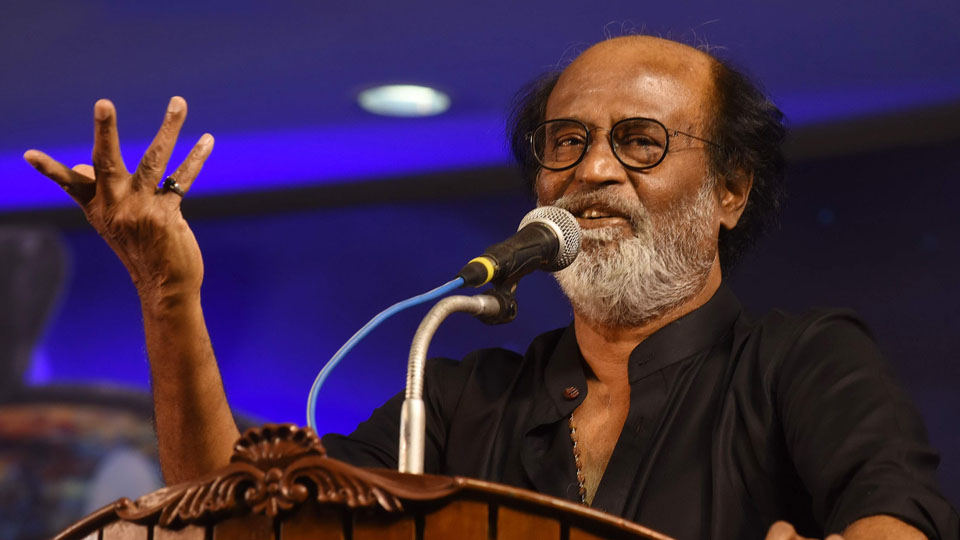 Chennai:  Actor-politician Rajinikanth yesterday came out in support of Prime Minister Narendra Modi’s ‘One Nation One Election’ concept, saying it would save both time and money.

Earlier this month, after a two-day consultation organised by the Law Commission on the subject, four parties expressed support for the idea, while nine turned it down.

“It is nice and good… Time and money will be completely saved. All parties should work together and co-operate,” Rajinikanth told reporters.

The Tamil superstar had announced his entry into politics last December after years of speculation, but he is yet to reveal his party’s name or political symbol.

At a meeting with the Law Commission earlier this month, most opposition parties have raised objections to the idea of simultaneous elections, claiming it would be against federal principles and not feasible in the current situation.

Congress leaders have rubbished the Prime Minister’s argument that simultaneous elections would cut down the cost of elections in terms of both time and money. The cost of all elections in the country put together will be less than the cost incurred by PM Modi on “self- promotion” they said. The party, though, is yet to give a formal response to the Commission.

Among opposition parties, only Tamil Nadu’s AIADMK, Akhilesh Yadav’s Samajwadi Party and the Telangana Rashtra Samiti showed some support for the idea.

At the Law Commission meeting, Tamil Nadu’s AIADMK had said holding the two polls together is “desirable” but certain “practical” and “serious” issues need to be settled first. The party said simultaneous elections cannot be held before 2024, if at all.

Akhilesh Yadav said the BJP should implement ‘one nation one election’ “from 2019 and hold UP Assembly polls with the 2019 Lok Sabha elections”. A State election at this point will cut short the tenure of the BJP government led by Yogi Adityanath.

One Nation One Election Rajinikanth
Highlight problems faced by MSME; loans schemes only on paper
Farmers to block National Highway near Hospet on July 21