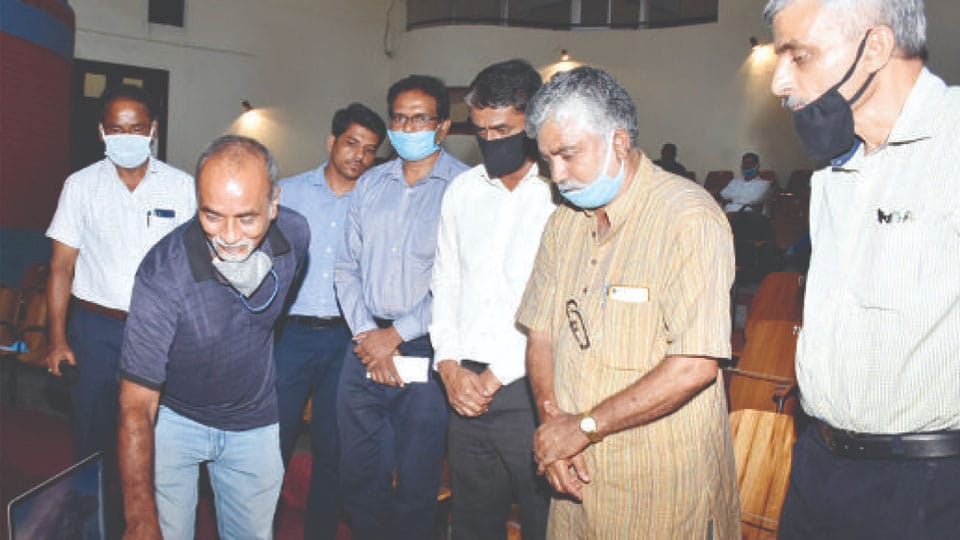 Mysore/Mysuru: The environment of Mysuru, one of the beautiful cities in the world, is getting damaged, regretted Chief Conservator of Forests (CCF) – Mysuru Division, T. Heeralal.

He was speaking at the ‘Ranga Honnaru’ programme organised as part of World Environment Day celebration at Rangayana on Friday.

Heeralal said that Mysuru is considered as the 4th beautiful city in the world which is a result of well-maintained parks and gardens by various organisations and well-grown trees of different species and expressed concern that looking at the present climatic changes, there are chances of damages to the environment.

Continuing, Heeralal said that there is a population of 14 lakh people and 8.5 lakh vehicles and if these vehicle run for even a kilometre a day, 1,700 tonne of carbon dioxide would be mixed with the environment. Everyday 472 metric tonnes of garbage including 22 tonnes of plastic waste is generated which should be controlled by Mysureans, he suggested.

Pointing out that the attempts to clean River Ganga through Ganga Action Plan since 1986 had not yielded results, Heeralal said that the two-and-a-half month’s lockdown has cleansed the Ganga and Cauvery besides reducing forest fire incidents. Coronavirus may be a pandemic to human beings but has been a boon to the environment, he opined.

Speaking after launching the documentary on Bahuroopi-2020, Wildlife photographer Krupakar regretted the approval given by the Government for 30 mega projects inside core forest areas.

He said that the Government on one side was giving a call for the protection and conservation of forests and wildlife through Project Tiger and other projects by spending crores of rupees and at the same time, it has given approval for highway construction in Tiger Reserve Forest area.

READ ALSO  Chinnara Mela off to a good start

Rangayana Director Addanda C. Cariappa, who also spoke, said that everyone were living with Coronavirus anxiety and the solution for it is clean and good environment as nature is the best medicine to fight the pandemic. And as a first step towards it, saplings were planted at Rangayana premises.

Continuing, Cariappa said that Rangayana has been creating wonders since 30 years and the steps towards these achievements have not been documented and hence, it has been decided to conduct training and rehearsals of many important plays and document them. As a first step, the documentary film of Bahuroopi-2020 was launched, he added.