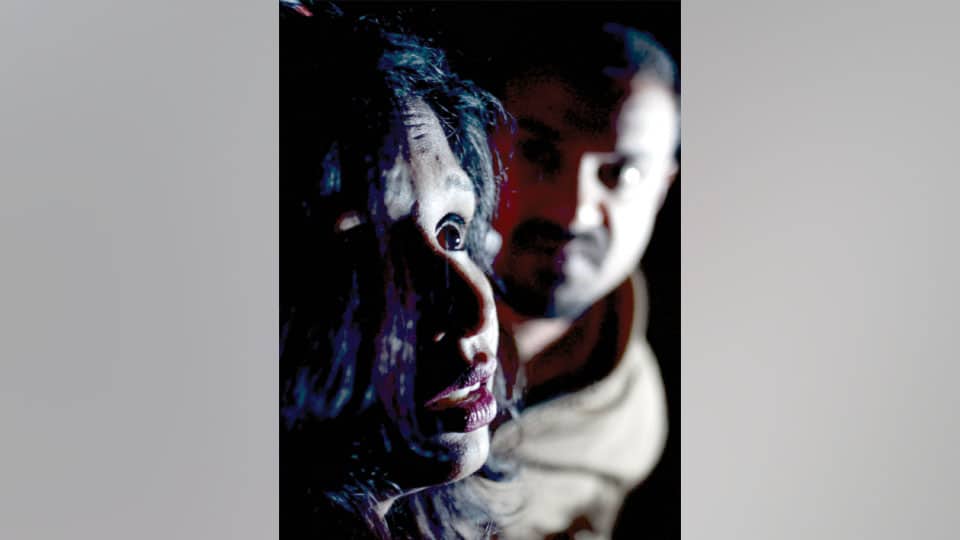 B.P. Arun has translated the play which is directed by Vishwas Krishna.

About the play: ‘Blind Shot’ is a thriller. It is the Kannada adaptation of the English play ‘Wait Until Dark,’ written by Frederick Knott. It was first performed on Broadway in 1966. Since then, it has had many successful runs and was also made into a movie with the same name starring Audrey Hepburn. It was previously adapted into Kannada by the name ‘27 Mavalli Circle.’

The plot revolves around the central character Anupa, a blind housewife. A Musical Doll, stuffed with drugs somehow ends up at the house of Arvind Hegde and his blind wife Anupa. Mala, who had tried to smuggle the Doll has been murdered in the same house. The Doll is now misplaced. When Arvind is not at home, three conmen device a plan and try to play a game with the blind housewife Anupa into tricking her to find and give away the Musical Doll. What begins as a simple con evolves into a dangerous game of wits putting Anupa’s life at stake. Once she realises their facade, it becomes a game of cat and mouse. With her disability to see and being pitted alone against the three, it is now up to Anupa to overcome her fears and put up a fight.