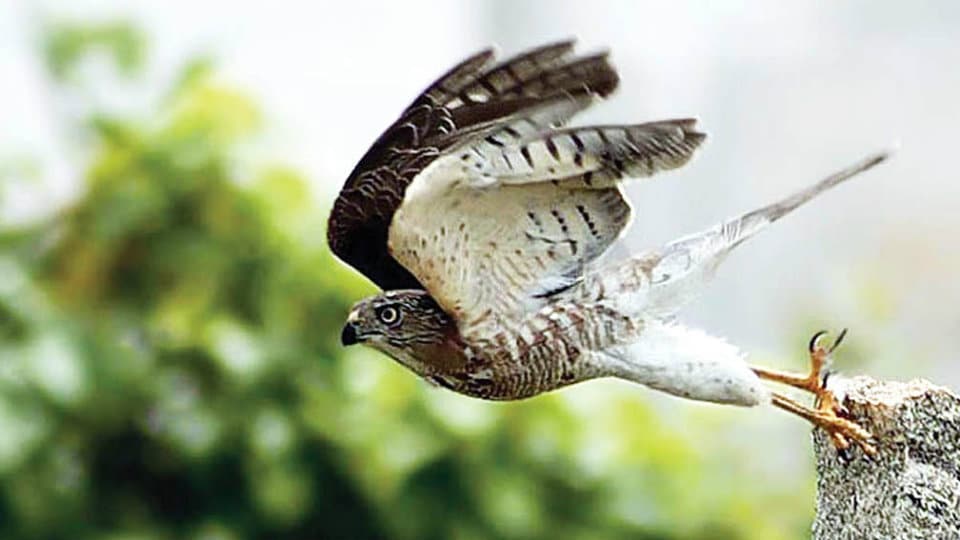 Birds! Whenever one thinks of birds, visualises songs, flight, colour and adorability. Of course birds are adorable, they wake us up at dawn with their beautiful songs, keep our day animated with their presence and flitting around us. They make the world loveable and lively. A fairy tale setting is unimaginable without the birds in the frame. Birds are loveable, though there are some formidable birds too. The ones that prey on other animals for food are the Raptors. The birds that hunt other animals for food, the Birds of Prey. The Birds of Prey inhabit all parts of the world. From the cold frigid zones to the steaming humid rain forests, deserts and oceans. Each one specialising in its own way of life, occupying various niches in the food-chain.

Equipped with fine-tuned arsenal, like heavy and sharp beaks, powerful talons, excellent flight abilities, and the ability to soar in the skies using the thermal currents of air. The most versatile eye sight meant for predation, which can turn from a microscope to a telescope within a fraction of a second, all evolved over millions of years, for a life of predation. Raptors inhabit all bio-spheres. The deserts, the Rain forests, the High Himalayan region to the coastal areas. 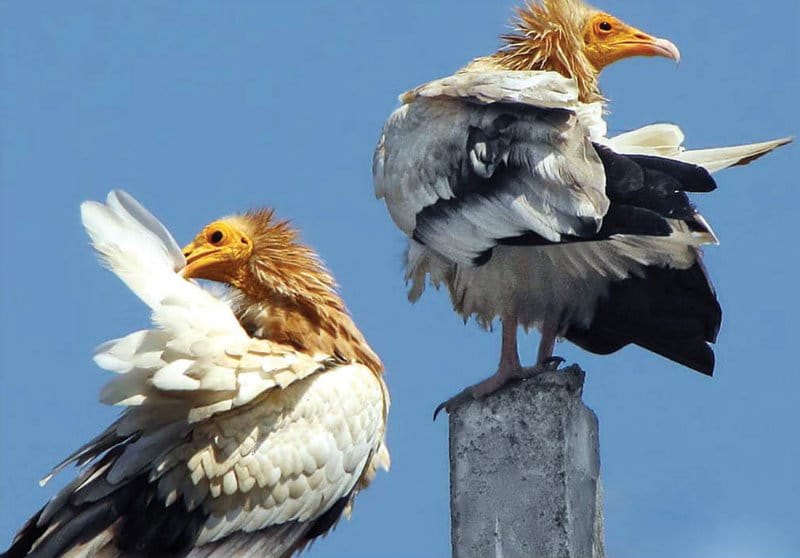 Mysuru, a congenial region for Avian Life, a region with bird supporting habitats, has its own species of Raptors inhabiting the urban area and the outskirts of our city. Though not sighted and recognised by many, except for the frequently sighted and familiar, 1. Black Kite (Haddhu in Kannada) and 2. the Brahminy Kite (Garuda), many Raptors are unknown. These are the two familiar Birds of Prey to many urbanites. The other seldom sighted are 3. The Egyptian Vultures – Neophron percnopterus, a white and yellow large vulture feeding on carrion in the outskirts of the city, shunning human presence; 4. The mighty Tawny Eagle – Aquila rapax, a powerful eagle, bonding for life and living in pairs, nesting on single tall trees in open grasslands on the fringes of our city, 5. Red-naped Falcon – Falco chiquera, a pigeon sized raptor with a grey body and Red head; 6. The Shikra – Accipiter badius, a hunter often nesting and sighted in tall mahogany and mango trees in parks and fields; 7. Oriental Honey Buzzard – Pernis ptylorhynchus, a large eagle-like bird specialising in feeding on bees and honey; 8. The pigeon-sized Black-winged Kite – Elanus caerulius, with one of the most beautiful eyes in the bird kingdom hovering on grasslands to hunt on small reptiles and rodents; 9. The Crested Serpent Eagle – Spilornis cheela, a large eagle with a Prominent crest-like a crown, hunting snakes and rodents in fields whose call can be heard from almost one mile away; 10. Booted Eagle – Heiraaetus pennatus, an eagle sized Buzzard in two colour morphs the dark and whitish light morph hunting rodents and snakes in the well wooded areas; 11. Eurasian Marsh Harrier – Circus aeruginosus – a migratory raptor, wintering in the lakes of Mysuru hunting waterfowl chicks and eggs; 12. Short-toed Snake Eagle-Circaetus gallicus, a beautiful raptor grey-coloured with brownish stripes hunting on rodents and snakes in harvested fields; 13. White-eyed Buzzard– Butasatur teesa, a medium sized raptor hunting snakes and small mammals; 14. Common Kestrel – Falco tinnuculus, a small Bird of Prey, a migratory visitor to our region; 15. Montagu’s Harrier – Circus pygarus, a winter visitor preferring our grasslands. These are the Birds of Prey of our city and outskirts. 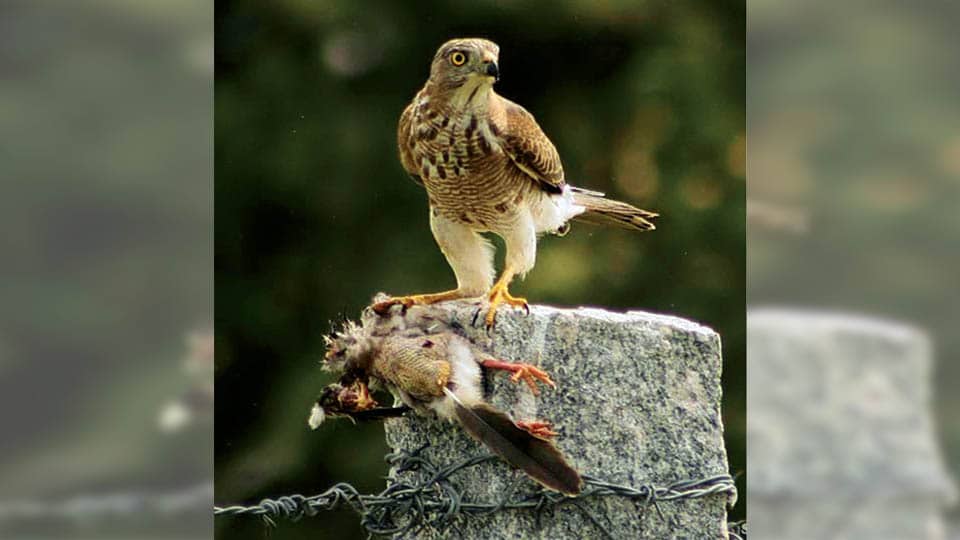 Special mention should be made while dealing with the Birds of Prey, the Night Hunting Owls of Mysuru. The Great Indian Eagle Owl – Bubo benghlanensis, a big owl usually roosting in abandoned stone quarries and deserted buildings in the day time. The other more familiar Indian Spotted Owlet – Athene brama, quite often sighted at dusk and early mornings, even inside our urban localities with trees or tall poles. A small-sized Owl which rests in tree cavities in the day time. The Indian Scops Owl – Otus bakkamoena, a small sized owl, which looks more like a Toy bird, like a soft toy, which is more heard at dusk with its repeated ringing calls than seen. The eyesight of these night hunters is something to be marvelled at. In Darkness, where a human can’t see his own nose, the Owls can clearly see a Mouse in the grass on the ground, perched from a tree top. They can swoop down noiselessly and snatch the mouse. Such is the ability and highly evolved sight and flight.

These are the Birds of Prey, the Hunters of Mysuru. All these raptors are, except for the Black Kite and the Brahminy Kite, on the IUCN Red List. A list prepared after detailed study and assessment by experts in the relevant field by a World Body on Nature and Conservation, showing the status of all species, show these as Threatened of Extinction, Vulnerable and Critically Endangered. The Egyptian Vulture is Critically Endangered. 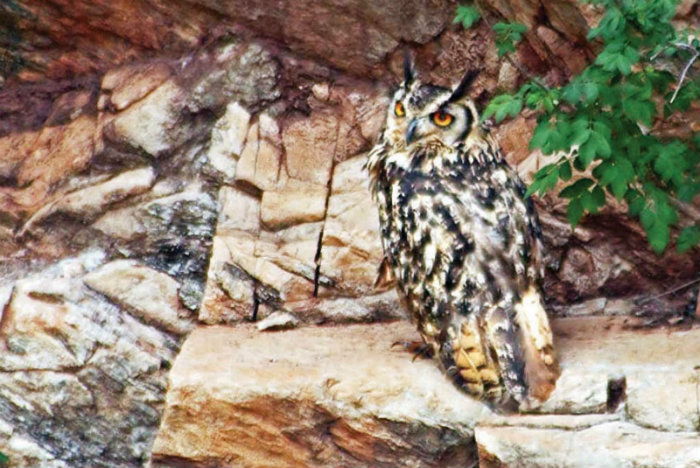 The reasons for dwindling population of these Raptors are identified by the assessment experts. Habitat degradation/ destruction, being the prime cause. The other causes are polluted water bodies, where these Raptors hunt on aquatic life like fish, or take a drink of water, the carcasses of poisoned rodents being eaten by the raptors, the most rampant being the use of organo-phospho compounds to poison rodents in the fields and rodent infested dwellings and throwing the dead rodents on the streets.

A little care… a little more concern… A little more discrimination in pesticide usage… A little more respect for other creatures… Might save the magnificent Predatory Birds… for our future generations to sight. 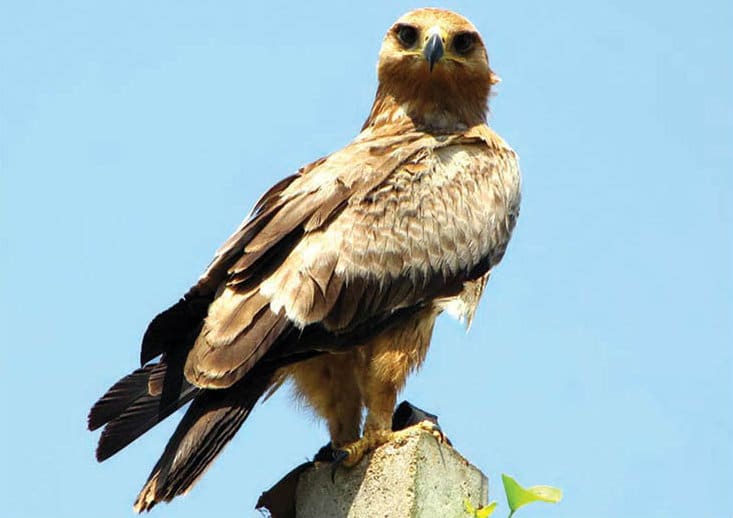