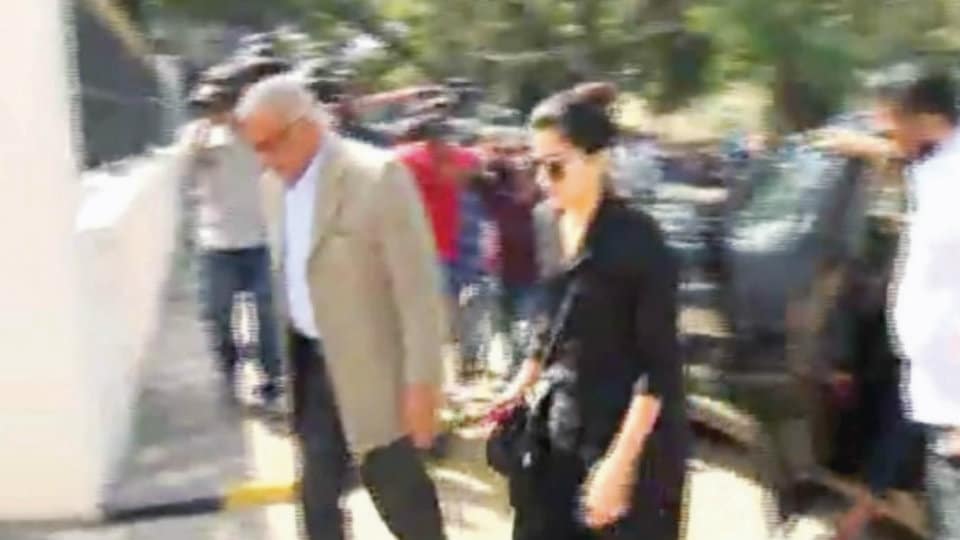 Mysuru/Mysore: Actress Rashmika Mandanna, whose house and other properties at Virajpet in Kodagu were raided by the Income-Tax (I-T) sleuths on Jan. 16, appeared before the I-T Officials at the Regional I-T Commissioner’s Office of the Principal Income Tax Department at Nazarbad in city this morning.

The actress, who arrived in a black Hyundai car (KA-12-Z-1414) was led into the I-T Office as soon as she arrived. She was accompanied by nine others.

Meanwhile, the I-T sleuths, who had conducted the raids and collected various documents, took two bags and a kit bag containing the documents into the I-T Office.

It is learnt that I-T Commissioner Sanjay Gandhi was conducting the enquiry. Rashmika Mandanna was still inside the I-T Office when we went to the Press.

It may be recalled that the I-T sleuths in three teams swooped on the house of multi-lingual actress Rashmika Mandanna in Virajpet on Jan. 16 morning. Her palatial house is located at Kukkloor village near Kadanoor on the Virajpet-Madikeri Road.

Sources had said that a search warrant was issued by the I-T Department and the officials are suspecting tax evasion after she received payments in cash for several hit movies. A team also raided the Serenity Hall in Virajpet that is owned by Rashmika’s father M.A. Mandanna.

The I-T sleuths concluded the raids on Jan. 17 evening and had taken away four boxes containing various documents besides issuing notice to Rashmika to join for the probe.

Rashmika, who was not present on the first day of the raid, arrived at her home late night that day and after the conclusion of raids left for Hyderabad where she was shooting for a movie.