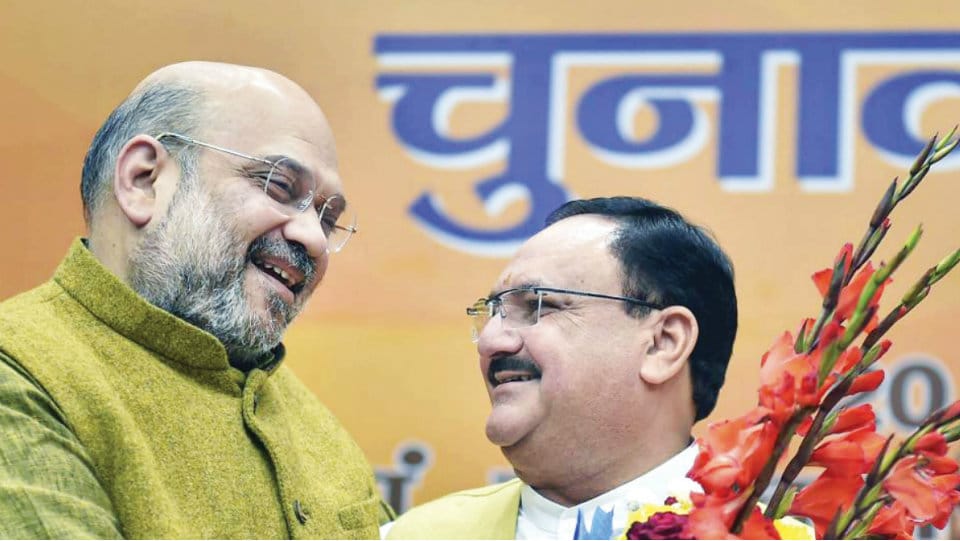 J.P. Nadda takes over as BJP Chief from Amit Shah

New Delhi:  J.P. Nadda took over as BJP President yesterday, a responsibility he shared with Home Minister Amit Shah for nearly a year. Nadda, considered number three in the ruling party after Prime Minister Narendra Modi and Amit Shah, was elected unopposed since he was the only candidate.

Nadda enjoys the trust of both Modi and Shah, and the change of guard is expected to be a smooth one. But his biggest challenge now is to try and maintain the BJP’s dominance in elections, given the party’s losses in recent State elections.

A veteran leader, Nadda is an old organisational work horse with strong RSS (BJP’s ideological mentor) roots. He was MLA in Himachal Pradesh for three terms before he moved to the Central Govt. as Cabinet Minister from 1998 to 2003. In June 2019, Nadda’s political stock spiked as he was appointed Working President of the BJP.

Shah, who was the BJP Chief, had written to the PM requesting that his job be given to someone else so he could focus on his Ministerial responsibilities. Shah remained as the party President to complete organisational restructuring before handing over officially to Nadda yesterday.